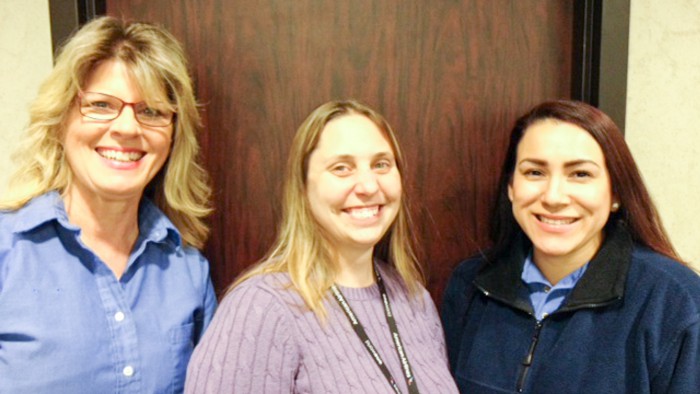 Despite days of wintry weather impacting the operation, the Envoy team in Abilene (ABI) earned a sincere letter of thanks from a United Airlines customer whose flight was diverted and ultimately canceled. Since United doesn’t serve ABI, the Envoy team stepped in to assist the stranded travelers.

One United passenger recounted the outstanding treatment by everyone at the ABI airport, with special thanks to Envoy General Manager Jill Tidwell for her efforts, saying “You worked so hard to get us a ticket back to our home and I know it was a crazy time for your entire staff.” She also recognized Station Agent Connie Bowman, who helped her at check-in and at the gate, before heading out to work the ramp. “She never stopped!” wrote the customer. “We all watched in amazement.” Lastly, she commended Lead Station Agent Monica Gonzalez, who calmly and professionally defused an escalating situation when another customer became irate at the ticket counter, saying “Kudos to her – she did EVERYTHING right!” Shown above (l to r) are Connie, Jill and Monica.

“Our team in ABI had a very rough week – first they dealt with DFW diversions, then they had to battle wintry weather of their own,” said Jude Mayeux, Vice President Airport Services. “Great to see this level of compassion from our ABI team with limited resources, for customers and non-customers alike.”