Back in June, First Officer Craig Wood began his career with Envoy. After his first day based in DFW, Craig wrote in an email that the newness of everything felt very familiar. An excerpt from that message on June 29 reads:

Today was my first day at Envoy. I felt like it was the first day of school and I was the new kid. I introduced myself to a fellow company pilot to get some help with directions but received an odd look then an obligatory smile as I said this was my first day. However, I didn’t mind because I was happy to finally achieve my goal of flying for an airline. 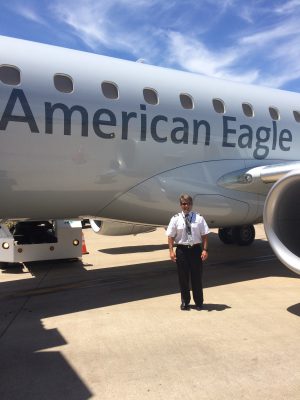 So with my roll-aboard, my flight kit bag and my cooler, I rolled into my new school or place of work. I had to find my way in a big airport. It always seemed so much easier when I was just a passenger trying to catch a flight. But now as a new hire I was just looking for my next class or in this case my departure gate. I was kind of lost. I continued to introduce myself as the new kid today. Yes, I got some interesting looks.

This was a journey I started in 2001 but because of unforeseen circumstances, I put this dream on the shelf until now. Yes, at this age it’s great to realize you can still have these fun emotions at this stage in life.

Oh, and yes, I greased the last landing of the day! It was such a sweet ending to a fantastic first day at school!

With a little help from his friends

Craig says the first day when he was “kind of lost” he had the help from Amy Underwood in the DFW Pilot’s Office who he thanks for accommodating him and helping him find comfort in his new job.

“I wanted to thank her because I was a nervous wreck,” says Craig. “I walked into her office with a deer-in-the-headlights look and she grabbed my arm and said, ‘First Officer Wood? Come on! Let’s go!’ She was so nice and helpful, and always had a smile on her face. She was awesome.”

It’s safe to say that the first-day jitters are long gone, but considering Craig’s longtime passion for flying it would only be a matter of time until he was totally comfortable.

Now, nearly four months later, Craig has settled in and can now find his way around the airport, but he’s still enamored as ever with his new career.

Most importantly to Craig, his connections with his Envoy Training classmates and new friendships have helped him the most to ease into life as an airline pilot. He shares inside jokes, high fives in the halls (terminals) and looks forward to learning every day in the classroom (flight deck).

Craig’s love for aviation started in his early 20s when he attended Airline Training Academy in Orlando, Florida. However, he didn’t go directly into a commercial pilot career. Instead, he tapped into his wealth of confidence and began a career in sales.

But selling carpet got old fast for Craig. He still had that urge to become an airline pilot, so he rolled up his sales job and checked in to aviation. 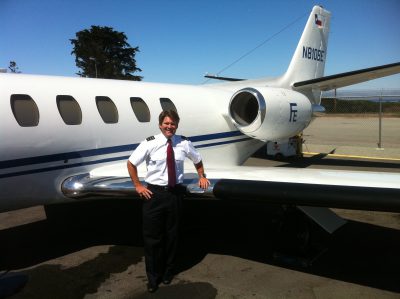 In 2011, Craig began as a flight instructor at Monarch Air in Addison, Texas, moved on to CAE Simuflite in Dallas and then flew private jets for Jet Linx out of Dallas Love Field Airport (DAL). Yet, Craig wasn’t meeting the financial success he needed.

Craig looked into another sales job, and almost took the position. But he knew he couldn’t give up on his dream.

“I almost quit flying,” he says. “I interviewed for a job, and got it, but after a weekend of dwelling on it I told them I’m out. I can’t leave flying. That’s what I’ve waited on, that’s what I wanted to do.”

At 44-years-old, Craig is one of the older First Officers at Envoy, but that didn’t stop him from achieving his goals. He has the advantage of maturity, he says.

“With age comes maturity,” Craig says. “I believe it sets you up for a better opportunity for Captain. When I look at when I do become a Captain later, I look at it as better late than never.”

For Craig, or Woody as his friends call him, the best part about flying is two-fold. He cherishes the views from the flight deck and the freedom of flying, as any pilot will tell you, but it’s the friendships he holds that is truly the best part, he says. 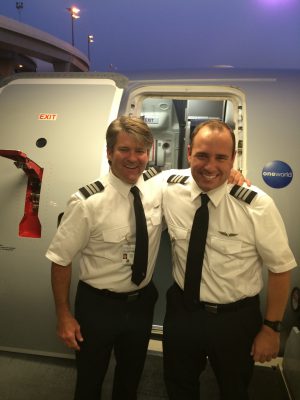 “One the best things I love about flying is the friends I’ve made,” says Craig. “Because we all have a bond of what we do, not everybody can do it. My pilot friends and I will always be friends.”

However uneasy and anxious Craig felt on his first day, those days have long gone. The love of aviation and most importantly, the warmth of friendship helped acclimate him to life as an Envoy pilot.

And to think Craig almost didn’t follow his dream. But ask him if he regrets waiting so long and he’ll tell you, “better late than never.”