An abiding love for aviation and Texas runs deep in the Austin family. For starters, Envoy Captain Cliff Austin is the sixth-great-grandnephew of “The Father of Texas”, Stephen F. Austin. Cliff was born in Texas, as were most of his family.

Cliff’s wife Sara – a Daughter of The Texas Republic – was one of his flight instructors in San Marcos, Texas. Cliff’s younger brother doesn’t fly, but he is part of the Southwest Airlines advertising team. It’s a stretch, but airline related nonetheless. 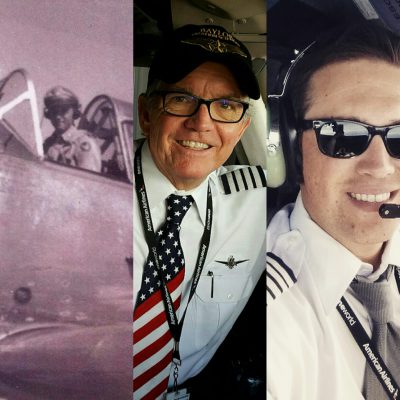 Cliff never really felt like bragging about his father’s job. That’s because from an early age, Wes Austin instilled in his son the importance of “working hard for what you believe in,” says Cliff.

The belief that Cliff could become a pilot for American Airlines began the moment he walked through the American Airlines Training Center with a sign above the door that reads, “Through these doors pass the world’s greatest pilots.”

Trips to the training center and the simulators were “instrumental” in wanting to fly for American Eagle and eventually American, Cliff says. Most importantly, he dreamed of flying with his father even if it’s not in the cockpit.

Cliff says that he’ll be proud to join his father in full uniform on his last flight before retirement to honor the man who helped him become the pilot he is today. 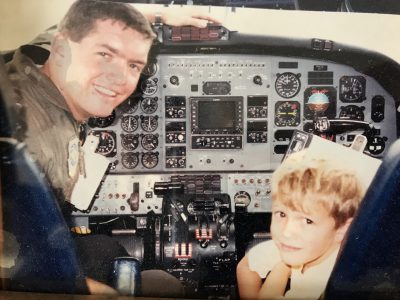 That began when his father bought him one hour on a Cessna 152 for his discovery flight at 13 years old. That was when he was bit hardest by the “flying bug”, Cliff says.

Afterward, Cliff bought all of the flight simulator games, played them non-stop and even would practice using his father’s flight charts. One day, he forgot to replace the charts and Wes arrived to work without them.

“He got in trouble because of me,” says Cliff. “He was mad, but I just told him, Dad, I’m just learning my stuff to be like you.” 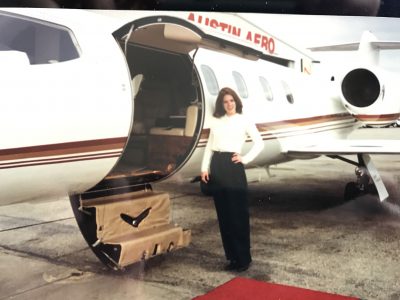 Cliff’s goal was to pay for flight lessons and college through his own hard work. He began earning money working as a fueler and line handler at Berry Aviation in San Marcos.

His experience at Berry gave Cliff the solid foundation to build his aviation career. He learned everything from the “bottom of the totem pole” and was inspired to climb his way to the top, he says.

The money he earned at Berry was used to receive his private flying license, and soon his instrument ratings, multi-engine time and eventually his commercial pilot license.

One day, searching for an instructor to earn his instrument ratings, Cliff saw Sara. Immediately drawn to her like a plane to a waypoint, he asked if she would instruct him. She said, no.

Cliff waited for another opportunity to ask her and finally she agreed. By the end of the first lesson, he asked her out and they hit it off. Now, married for 13 years, Cliff recalls the first moment he saw her, “she was my guiding light.” 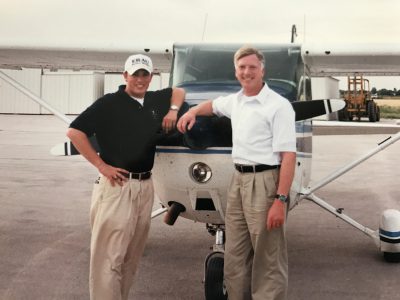 As soon as he could, Cliff found a job flying for an airline touring the Grand Canyon. He describes his time flying De Havilland Canada Twin Otters as the “Wild, Wild West.”

Everything was hands-on without any automation. The runways were sometimes paved, sometimes dirt.

But he loved flying over Bryce Canyon, Grand Canyon and Monument Valley. With his first Part 121 job as a First Officer, he was able to gain his hours to become an Envoy Pilot.

Envoy was the right choice for Cliff because of his family history, but also the training program and the wealth of knowledge of other pilots in the company. He felt comfortable knowing that he was in good hands and was learning exceptional skills.

Of course, like most pilots, Cliff says the views are the best part of being a pilot, but he also enjoys his responsibility. 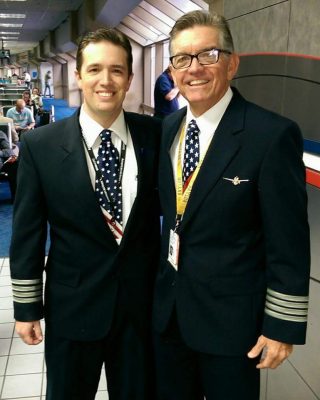 “When you know that people are relying on you to get where they’re going safely, and you complete your mission, it’s a very gratifying feeling,” Cliff says. “I feel like I’ve helped someone get to their loved one or connected people somehow. That keeps me going.”

Cliff and Sara have a 12-year-old son named Travis, named after the famous Texan, William B. Travis. He, however, is not interested in following in his father’s footsteps.

But, he does have the drive to succeed just like his dad. He started a little business in his school selling paper airplanes. Apparently, the tradition will carry on one way or another.