“A one-person band is a musician who plays a number of instruments simultaneously using their hands, feet, limbs and various mechanical and/or electronic contraptions.” – Wikipedia

In the Midland International Air and Space Port (MAF) terminal, at the gate, behind the ticket counter, down the jet bridge, on the ramp and even in the aircraft galley, Lead Airport Agent Skyler Reynolds can be seen orchestrating a flight departure.

Red valet tags dangle from the pockets of his neon yellow vest, blue and orange earplugs hang around his neck, he holds the intercom with one hand and is scanning boarding passes with the other; Skyler looks like the airport version of a one-person band.

The 22-year-old Phoenix-native has spent the last two years garnering all sorts of recognition for his hard work from customers and management alike. A constant fixture to Twitter kudos and a 2016 Envoy President’s Award winner, Skyler has become a top Superstar Employee at Envoy.

Wise beyond his years, Skyler says that his excellent customer service comes naturally and that every good deed doesn’t require repayment.

“My mom raised me in a way of putting myself in other people’s shoes,” says Skyler. “I think a lot about her and think, in this situation what would my mom do? She would do things without expecting anything in return, and that’s how I like to work too.”

Step up and show out 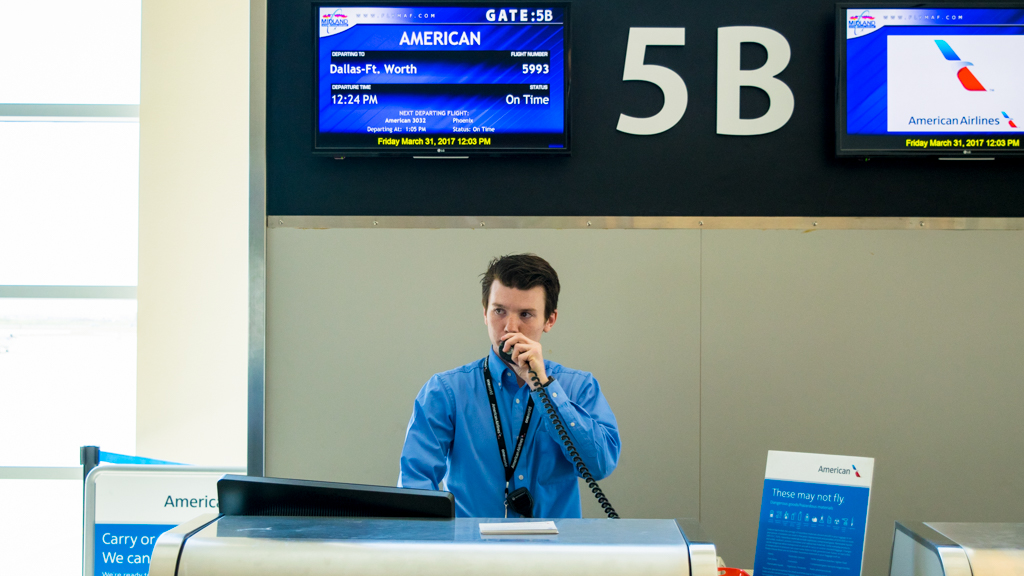 As young as Skyler is it’s impressive to see how clear headed he is and how well he manages responsibility. Married for over a year to his wife Abbye, Skyler is awaiting the addition of a daughter to his budding family.

After high school, Skyler wanted to pursue a career in law enforcement and was already attending the police academy in Midland. But one day, on his way to the academy, he says a sinking feeling came over him and he knew that joining the police force would only strain his family in the long run.

That’s when Skyler found an open position at MAF and decided that would be the right choice for him and his family. Judging by his mercurial rise to Lead Airport Agent and his overall success in the position, it looks like he made the best decision he could.

Although, Skyler says, the lessons he learned from the Youth Police organization in Arizona – like discipline and “watching out for your brothers and sisters” – have stuck with him in his duties at the airport. He also learned that every challenge presents an opportunity to “step up” and make the best outcome possible.

“He has the drive to stay until the job is done,” says MAF General Manager Becky Burt. “He will stay late, come in early and work on his days off if asked. And, instead of doing the bare minimum, he goes above and beyond more often than not.”

“It starts with me.” 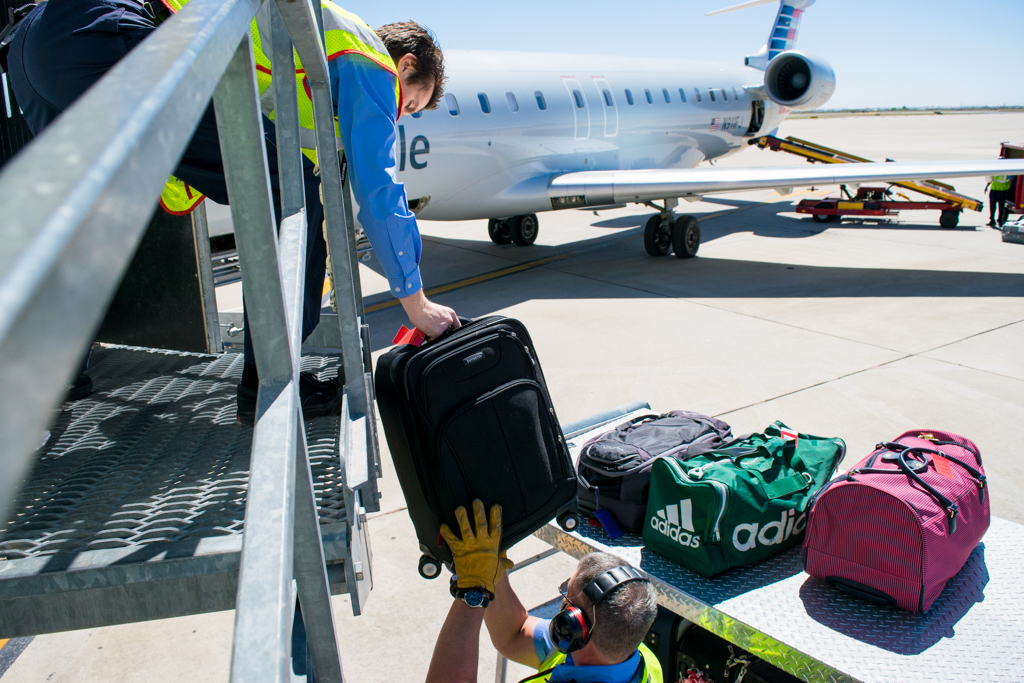 As a leader in the airport, Skyler’s ability to look on the bright side and deliver encouragement not disappointment has helped build his belief that a successful operation begins with the leaders.

Leading a crew of different personalities, ages and backgrounds isn’t always a sunny day and blue skies. Yet, Skyler says that he’s learned from his experience that recognizing his coworkers good work, whether large or small, helps to keep the operation smooth.

Skyler feels that Envoy, as a company, does a spectacular job of encouraging its employees and recognizing everyone’s hard work. He says that many of his part-time employees often prefer working at MAF over their other job, because they feel closer to the company and their friends at work. 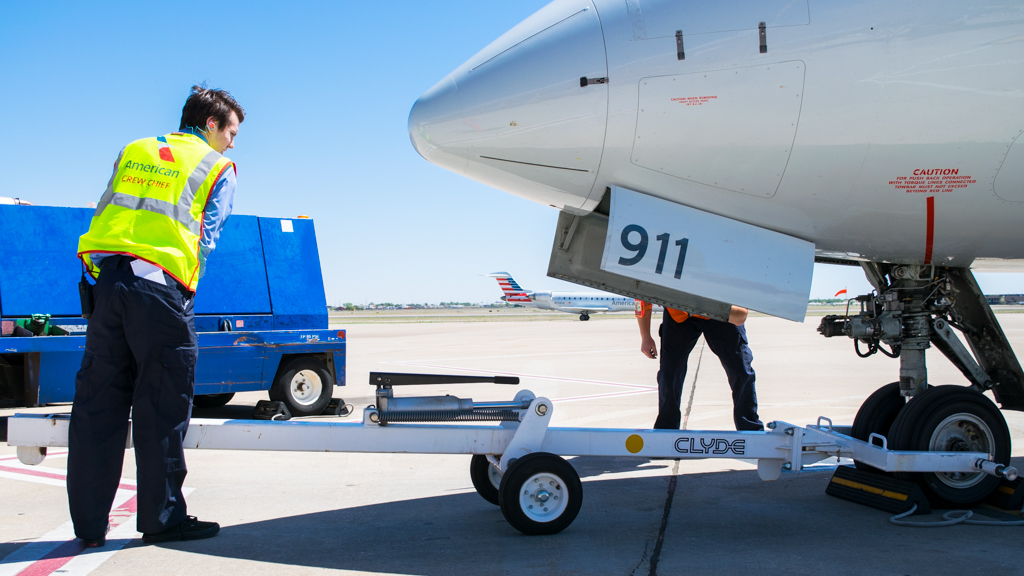 Back to the grind, Skyler swiftly moves through the underbelly of the terminal and opens the door leading to the ramp where other airport agents have begun turning a flight. “Crew chief!,” yells one of the Airport Agents riding a Tug. “Ramp boss!,” Skyler yells in return.

Skyler helps loading bags into the cargo hold of the jet and then quickly speed walks up the steep jet bridge to begin boarding passengers onto the flight. As he’s announcing boarding groups, he’s searching through the computer to help accommodate a passenger’s upgrade all while scanning phone and paper boarding passes.

A happy customer exclaims “great job!” and gives Skyler a high-five that claps with a bang. Skyler grins and continues his one-person tune.