What if your favorite coworker was more than just a friend? What if that friend was actually family?

Crystal Roberts and Maria Powell are the best of work friends. They have a connection that goes deep into their personalities; same mannerisms, same laugh, the same squeal of excitement.

The pair even looks similar with their short, bobbing hair styles, bright red lipsticks, flawlessly manicured nails and bright eyes filled with a joy. They are also both exceptional Envoy Passenger Service Agents at Dallas/Fort Worth International Airport (DFW).

Beyond their physical and personal similarities it turns out the two friends are both from Gary, Indiana, or as they call it, “G.I.” Knowing they were “homegirls”—meaning they hail from the same hometown—their bond was strengthened one more level. 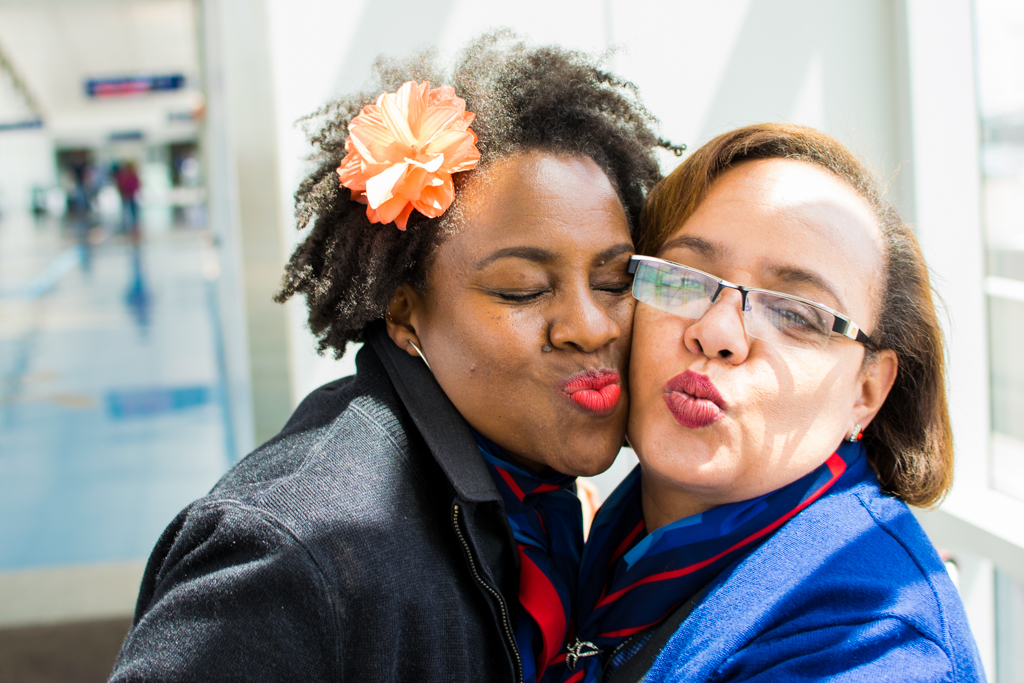 One day, Maria comes up to Crystal with a distraught look on her face. She tells Crystal that she lost 50 dollars somewhere in the terminal.

Like a firefighter called to a five-alarm inferno, Crystal is racing around the terminal asking every person if they’ve found Maria’s money. She’s checking behind every counter, under every row of lounge seats and down every jet bridge she can.

After searching through “high water,” the money didn’t turn up. Crystal finally lent the 20 dollars to Maria herself, and at this moment the two felt closer than friends — they felt like family. 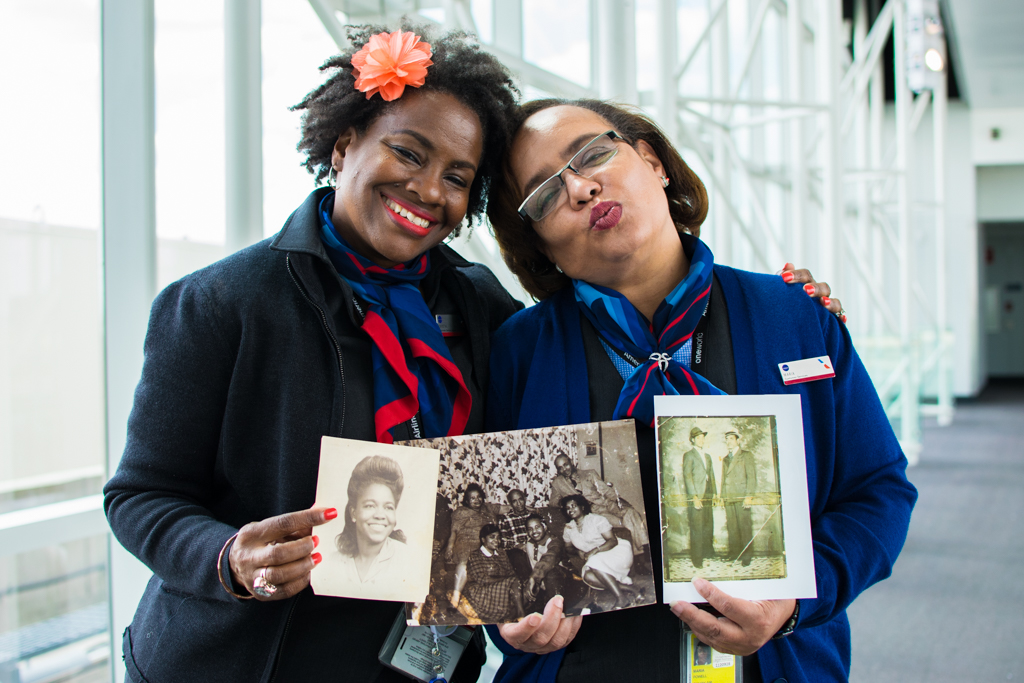 Talking about their lives back home in “G.I.,” suddenly small coincidences started popping up like wildflowers along the highway. They knew some of the same people, went to the same schools and finally, on Facebook, Maria noticed someone calling Crystal cousin, which turned out to be Maria’s uncle Aubrey.

Maria had a hunch, but wanted to be sure and test Crystal about her cousin on Facebook. She decided that if she called her uncle Aubrey by his nickname, “Squirt”, then she must be family.

“Without me saying anything, she [Crystal] comes up to me and says, ‘Girl, Squirt’s your uncle?’,” says Maria. “So I showed her a picture of my father as another test, and she says, ‘That’s my cousin Lester!’ And we both screamed, ‘Shut the door!’”

Then the flood gates opened. The two “homegirls” turned out to be more than just close friends with the same laugh, they were in fact cousins.

After speaking with their mothers, Crystal and Maria found out that they used to play together as young children at “Mama Bert’s” house, which is Crystal’s grandmother and Maria’s great aunt Alberta.

Back then, Maria was known as “Puncho” because of her rambunctious horse play. But those days of playing in Mama Bert’s backyard and eating her delicious baked goods ended after Maria’s mother was divorced.

The split also separated Crystal from her grandfather Mr. Looney, who is also Crystal’s great uncle. But his name and the history of that name is what brings “The Cousins”, Crystal and Maria, closer together. 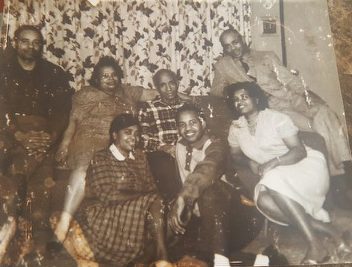 By researching his name and his ancestors, they found out that the name Looney comes from Irish immigrants who changed their name from O’Looney when they arrived into the United States. In the 1900s, the Looney’s settled in Arkansas where they still have land to this day.

Crystal, who has a deep passion for family and a desire to keep the family together, has taken it upon herself to learn as much about her ancestry in order to share it with future generations. She’s collected old photographs, documents and subscribes to Ancestry.com to help create her extended family tree. 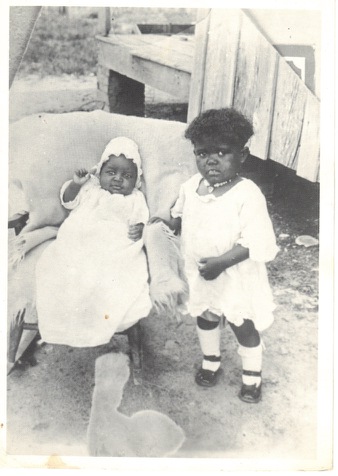 The Cousins have now delved into a project of collecting all of their family history as well as their current family residing in Illinois, Texas and Arkansas. Beginning with a huge Looney family reunion in Paris, Texas, this year, the Cousins are ecstatic to bring their family together, especially the long lost ones.

But for Crystal and Maria, the homegirls turned cousins, they have found one another and it seems like they’ve never been apart. For both of them, family is an important part of their lives, so it’s no wonder they love each other as much as they do.

“Now I have a sense of closure and connection to my family,” says Maria. “This has been a prayer of mine since I was little, and you really don’t know who you are without your history. Crystal gave me a piece of who I am.”

The Cousins say that now that they’ve found each other, the rest of their family is urging them to find more family members with whom to connect. It’s almost as if they’ve opened a book that has been locked for 30 years and all of the words are spilling out.

In the meantime, The Cousins are reveling in their newfound connection and can’t wait to explore each limb of the Looney family tree.