Emmanuel Carrasquillo, along with a coworker, hopped into a pickup truck heading to West Texas and New Mexico in the dead of winter. Like an angel with mechanic skills, “Manny” volunteered to help repair deicing trucks at three different airports in the coldest months of January and February.

Anytime a deicer is broken down in the winter months, it can potentially hinder flight operations and cause delays. But Manny wouldn’t let that happen; his commitment to his job as Dallas/Fort Worth Ground Support Equipment (GSE) Regional Supervisor is too strong.

For his hard work and sacrifice, Manny was awarded the 2016 President’s Award that is given each year to an exclusive group of Envoy employees who take their work to the next level. However, Manny simply states that he was “doing what I’m supposed to do.”

From “young dude” to the Man(ny)

Ten years ago, Manny came to the GSE shop in DFW from across the street at the maintenance hangar. There he began his career at American Eagle, now Envoy, as a cabin cleaner in 2003 at the ripe age of 18 years old.

Back then, he had just arrived to the United States with his older brother from his native Puerto Rico. Manny says that after he finished high school and right before his 18th birthday, his brother told him, “Let’s go. You’re coming with me,” and Manny never looked back.

Over time, Manny embraced every opportunity for growth and is now a supervisor in the shop. He’s come a long way from just a “young dude” to a husband and father of two children, he says. 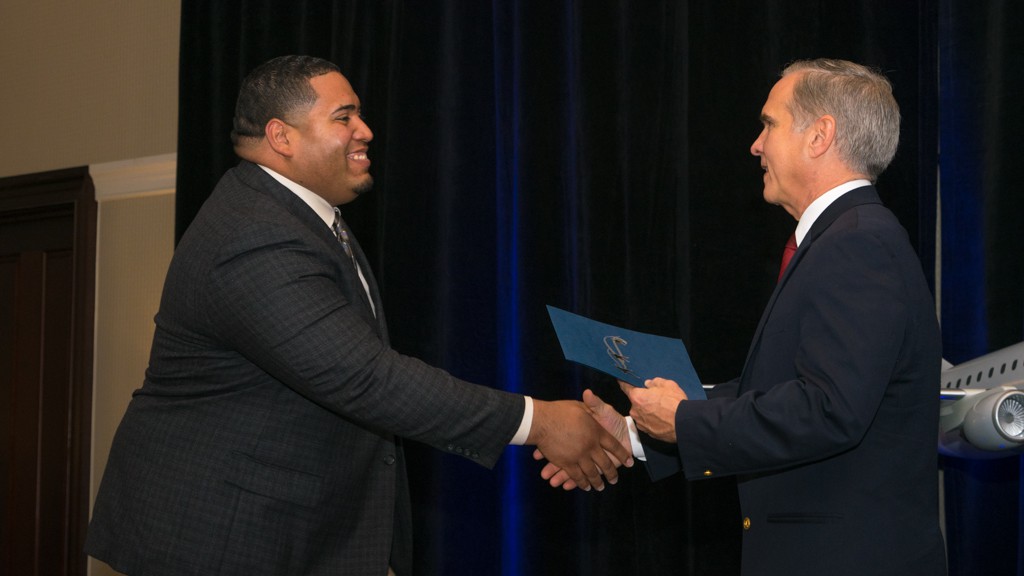 Every step of the way, Manny fell more and more in love with his work. Whether it’s working on a deicing truck or making a trip to support another airport, Manny says every day is a different challenge and that’s what makes it interesting.

“It’s not boring at all, because you always learn something new as you go,” says Manny. “At the end of the day when my challenge is complete, I go home in peace. I feel good because I help make this place run like it’s supposed to.” 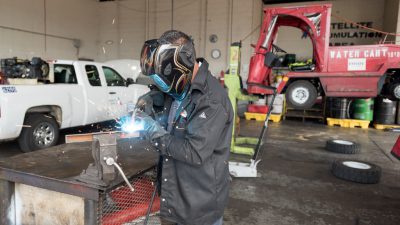 Right now, Manny and Envoy are looking to hire automotive mechanics to join GSE teams across the system. He says that his goal is to bring in fresh faces who have some knowledge of auto repair and general maintenance, and to teach them everything from his 10 years of experience.

Most importantly, they are looking for people with positive attitudes who have a thirst for knowledge and want to work in a team. Manny says that, as he learned years ago, Envoy is a great place to gain experience with plenty of opportunity to grow with the company.

Even though Manny has garnered praise, promotions and a prestigious award, he is still humbled by the people he spends his time with working in the GSE shop.

“I wish I could share the President’s Award with everyone in the shop,” says Manny. “I don’t do this by myself; we’re all in this together.”

If you’re interested in joining our GSE teams as an Automotive Mechanic, follow this link to learn more and apply today!