In Irving, Texas around midnight, there aren’t many businesses that are open apart from your all-night diners, never-closed superstores and 24-hour hamburger joints. But at Envoy Headquarters, the aircraft dispatchers are working business as usual.

This group of night owls works in Systems Operations Control (SOC) overnight to monitor flights by communicating with stations and pilots, checking weather patterns, plotting flight routes and determining the amount of fuel needed for the flight.

“Our overnight dispatchers are like the ears and eyes watching the system and weather while everyone else is asleep,” says Robert Nault, director of SOC. “It’s a crucial role for us to keep operational control 24/7 and to make sure things stay safe.”

Breaking down the day

One of the dispatchers, Donnie Hackett, is known around SOC as Mr. Midnight, because he has worked the third shift for the better part of his 13 years at Envoy. Over that time, he’s grown to love the late hours and has made it routine, he says.

On this night, Donnie walks into SOC with his backpack slung over his shoulder and a smile from ear to ear. Even though it’s just after 10 p.m., SOC is bubbling with chatter as Donnie begins to get settled into his desk.

The first thing Donnie does is switch on his computer and its four large monitors. Each displays different windows to help Donnie operate his flights.

He uses one for email and web browsing, another one filled with cryptic green text that serves as a message feed, one with a black and white weather map with purple oceans, and one more with the same green text that tells Donnie the specifics of the flights.

Next, Donnie begins taking over flights from the dispatchers who are ending their shifts, breaking down the day’s scheduled flights. Basically, he wants to condense all the flights from about eight dispatchers’ desks to just two desks. Once he does that, the other dispatchers can go home.

Donnie and The Dispatchers 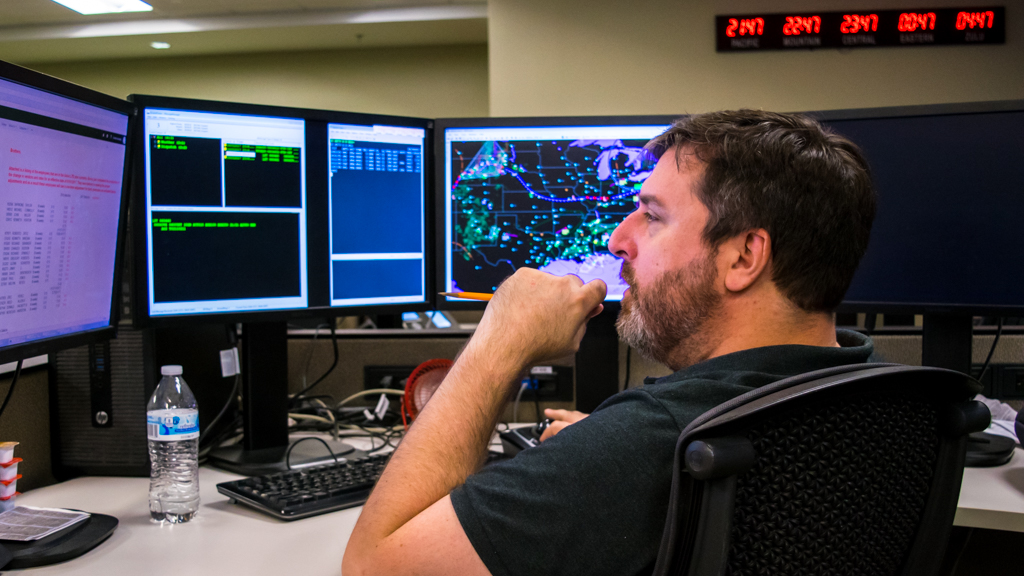 Now that Donnie has picked up flights and he has all of their details on his computer screen, he can then carry on with his main responsibilities. He has to determine the night’s remaining flights’ destinations and monitor any inclement weather that may affect their routes.

From takeoff to landing, Donnie must follow the flight and keep in constant communication, just in case there have to be any changes in routes. If there is weather affecting a flight’s current route, it is up to Donnie to find an alternate one and make sure the pilots are okay to continue on that route.

“When I’m determining routes, there’s a lot of double-checking going on,” says Donnie. “Between dispatchers, pilots, air traffic control and the stations, we stay in constant communication to keep each other safe.”

To help monitor weather patterns, Donnie and the other dispatchers use a few different programs to calculate the storms’ positions, dimensions and strength. They can also determine the amount of turbulence a flight might experience.

All of these factors play into a dispatcher’s decision making and route planning. A dispatcher also has some background in meteorology, as it is necessary to earn an aircraft dispatcher license, which can help them make decisions based on that knowledge.

Donnie explains that when bad weather arises, he must have a Plan A, B and C. In the case that he must divert a flight to land at an alternate destination, dispatchers must also make sure that the station has the people to help work the flight.

Released and ready to go 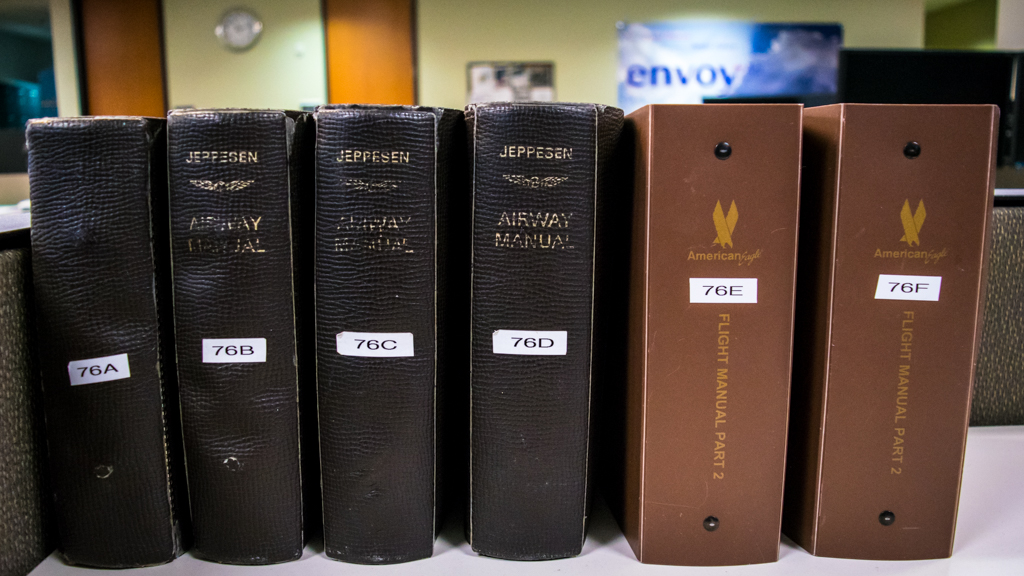 Of course, dealing with bad weather and finding alternate routes aren’t the only duties of a dispatcher. When flights run smoothly, it’s up to the dispatchers to fill out releases, which Donnie explains are like game plans for each flight.

In the release, Donnie inputs the route, weather conditions and amount of fuel to be filled onto the aircraft. The aircraft’s computer helps calculate some of the fuel, but the dispatcher makes the final determination based on holding time, taxi time, possible diversions and weather patterns.

The release is then sent to Air Traffic Control for a final check, and then sent back to the pilots if they accept the dispatcher’s recommendations on the release. Once that checks out, the flight can begin on its way.

Also aiding in a dispatcher’s daily duties is a well-rounded knowledge of the system and recurrent training once a year. To gain the perspective of the flight crews, all dispatchers are also required to earn some hours in flight training.

“I think it’s really important to be familiar with what our crews deal with,” says Donnie. “It helps us make better choices for their flights.”

Building up the day

Most of the flight monitoring happens from 10:30 p.m. to midnight when the last Envoy flight has touched down for the day. From then until 7 a.m., Donnie can begin building and planning the next day’s flights.

This is one of the most impactful aspects of Donnie’s job – to have the first flights of day planned out and ready for an on-time departure. At 7:20 a.m., Donnie has only a handful of releases to finish and the rest of the flights are well on their way.

His replacement clocks in around 8 a.m., and gets the scoop from Donnie about the overnight flights and current flights on his desk. In a sort of mini briefing, he goes over the weather, turbulence, routes, flight statuses, and any potential issues at any stations in the system.

Donnie — who looks pretty awake for having spent the entire night working on flights — begins to pack up and decide whether or not he wants to get his morning breakfast (really, his dinner). As he puts it, the “weirdest” part about his job is that his evening is everyone else’s morning.

But that’s okay with him; he loves his job and his title as Mr. Midnight.

“I love being in a decision-making position,” says Donnie. “It’s rewarding, I feel like I have a purpose. It’s nice knowing that we are here to protect other people and get them to where they’re going safely.”