The brand-new team at Appleton International Airport (ATW) has waited weeks in anticipation of this day. Like a group of children looking in the pet store window, they watched as the Embraer 145 rolled down the runway under the arc of a water cannon salute from the local fire department.

American Eagle Flight 3919 from Chicago O’Hare to ATW marks the inaugural flight for American Airlines into ATW and the first time the airline has served the Wisconsin community. Inside the terminal, Gate 8 was decked out in balloons and cake was served to passengers and employees, all while several new hires in orange vests looked on eagerly to begin turning the flight.

But, in typical Envoy fashion, there was also a huge support team of Temporary Duty (TDY) agents from nearby airports in Wisconsin to guide the new ATW agents working their first-ever flight. Also included in the support team was the regional manager for the area, the general manager of Green Bay International Airport, American Airlines Information Technology experts, Envoy and American safety experts, Ground Support Equipment (GSE) experts, and program managers who help open and transition new stations in the Envoy system.

It takes a village 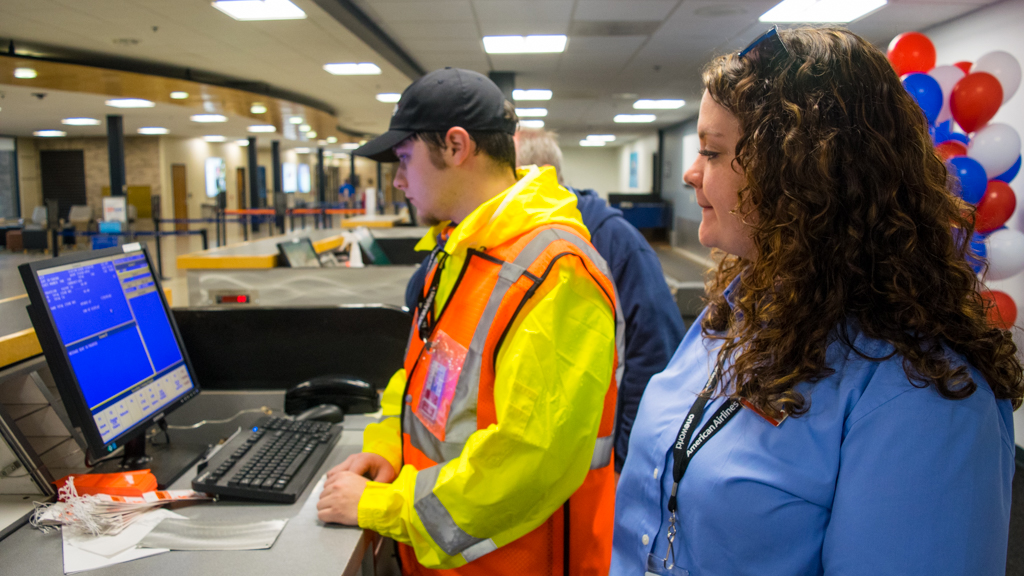 Needless to say, the inaugural flight was an all-hands-on-deck situation, with more than a dozen employees and managers working or supervising the flight. One of these supervisors is Program Manager of Ground Handling Steve Letz.

“We want to bring in extra folks to make sure everything runs smoothly on that first day,” said Steve. “The new employees get the same training as American, so we’re here to ensure their service is consistent to what a customer would receive in Dallas/Fort Worth.”

Included in the support staff is Ground Safety & Environmental Coordinator Jason Markle who is responsible for implementing proper safety measures and observing the new agents as they work on the ramp. 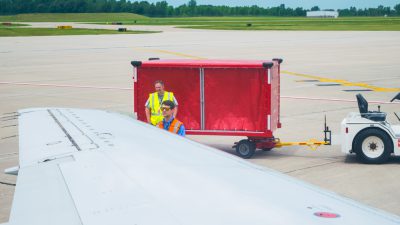 “With safety being our primary concern out on the ramp, it’s necessary for the Safety team to be here not only to train and observe, but to be supportive as they learn their duties,” said Jason.

Opening and transitioning stations into the Envoy system takes a village to coordinate, set up and execute. From a program manager’s perspective, they are tasked with helping in the hiring process of new agents, training the new hires, and ordering all the necessary supplies for the station. 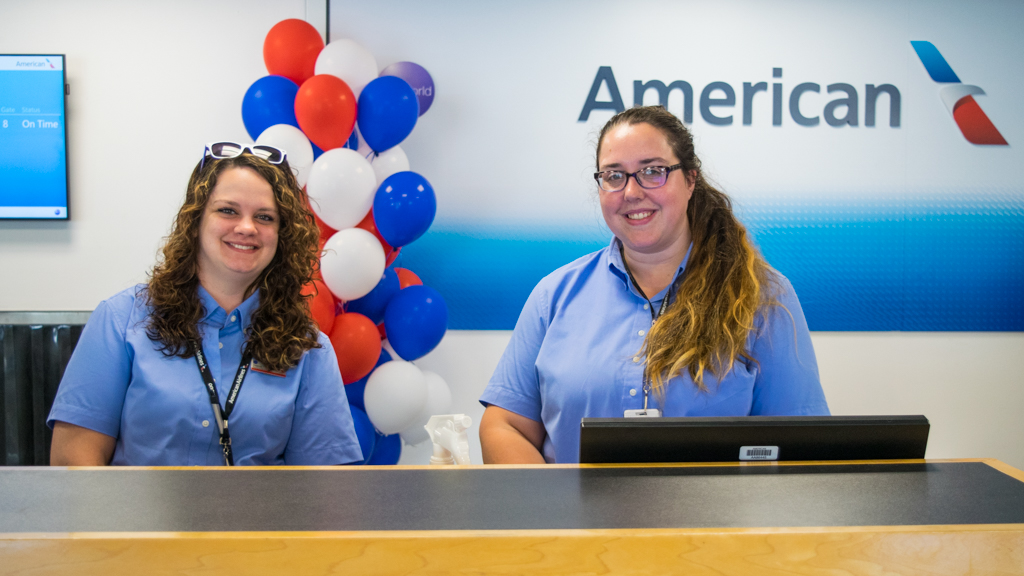 In addition to the new accouterments, the station is set up to start a fresh culture that begins a “clean slate” mindset, Steve said. New hires coming into a brand new station like ATW have the advantage of a focused team that is driven by creating its own success, as well as up-to-date equipment that raises the potential for accomplishing their everyday duties. 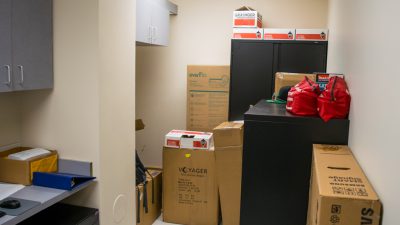 As for the ATW team of airport agents, they have the added advantage of starting their training together, which builds cohesiveness and familiarity. When they begin their work, they have their bond as coworkers to lean on and make their days run smoother.

One of the new airport agents in ATW is only new to the airport, but not to the operation. Briana Roop decided to transfer from Green Bay to ATW for the opportunity of more responsibility. With her knowledge and on-the-job experience, Briana can be a leader to the new crop of airport agents.

“It’s really cool to come into a new station and start fresh,” said Briana. “I wanted to join the team because it’s a once-in-a-lifetime experience.” 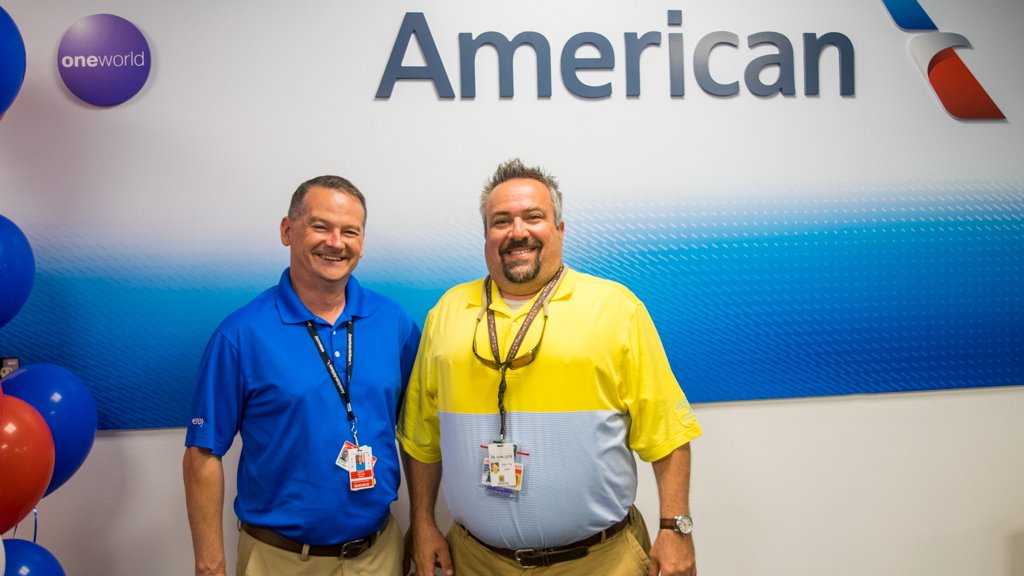 A few months after the opening of ATW, Steve and others who oversee the stations will be able to really evaluate its success by looking at a few key measurements. This includes ratings of on-time departure, whether their training is beginning to develop and take hold, and, foremost, their commitment to safety. 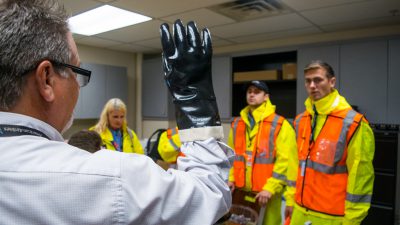 Bob Bullard, another Program Manager who works with Steve, said he’s excited to see the new team “eager and ready to go.” Most importantly, he said that having a general manager already in the station who knows the airport is “huge” and helps the operation run smooth.

“My goal is to leave this station in good hands with a good general manager who has all the tools to be self-sufficient,” said Bob. “In the case of Appleton, it’s been exceptionally smooth because the airport authorities have been very welcoming and helpful.” 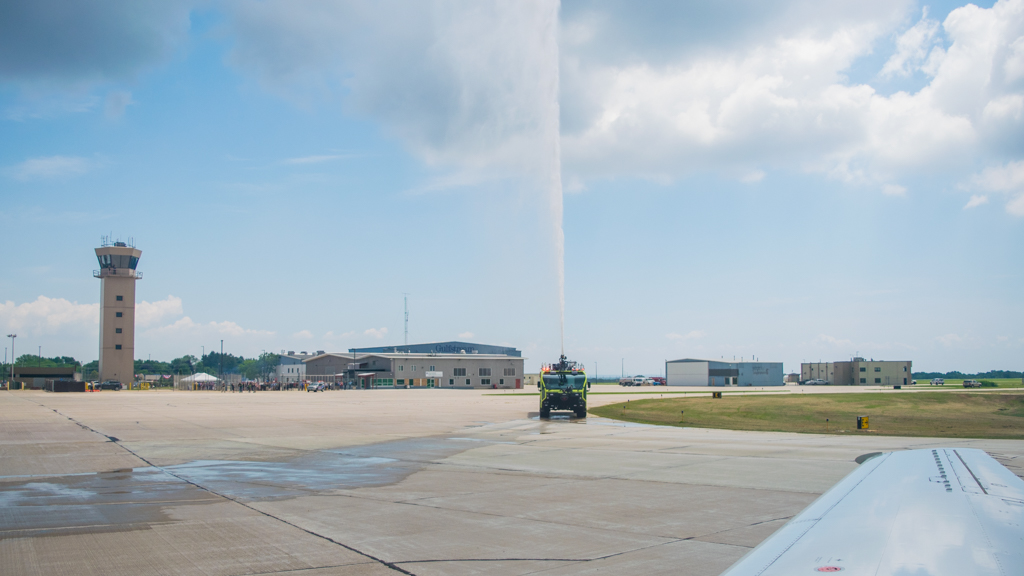 In the coming weeks, the new agents will have a few curve balls thrown their way. But unfortunate events like inclement weather or a maintenance delay can help hone their customer service skills.

“Delays are unfortunate, but the new agents can use them as a positive learning experience by gaining valuable practice in rebooking and handling delays,” said Steve. “This is where our TDY agents are invaluable and such an asset to be able to support the new agents. And, hey, practice makes perfect, right?”

Even though there are hard deadlines to opening and transitioning stations, the feeling of accomplishing each goal and watching a station succeed is a good feeling, Steve added. Since November, Envoy has opened or transitioned stations in eight cities including ATW.

“We’ve gotten really good at this, and it shows American that we’re the best ground handler out there,” said Steve. “It’s a company-wide effort and, when we’re successful together, it makes you feel really good.”

« Finding value on her own time
My Envoy Story: Captain Owen Cotto »