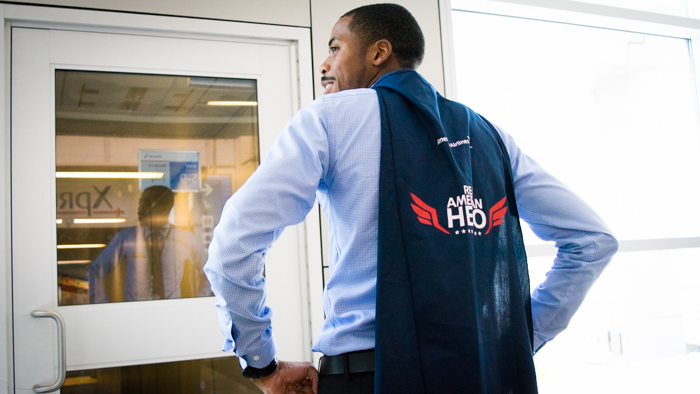 On July 21, Passenger Services agent Jordan Woods was re-booking a line of passengers in Terminal B of Dallas-Fort Worth International Airport. He says that all of a sudden he felt a woman approaching him at the counter and he saw her pointing to her throat.

“I froze for a second but then I knew I had to act fast,” said Jordan.

Utilizing his safety preparedness skills from training, Jordan performed the Heimlich Maneuver on the choking woman and saved her life. He says the woman, who was travelling alone, ran up to him.

For his heroism Jordan was awarded the American Airlines Real American Hero Award. The award is given to employees who show coolness under pressure and apply their skills and knowledge to help someone in a life-threatening situation.

Jordan was also presented a hero cape in a celebration with his coworkers, and, deservedly, he was awarded $1000 added to his next paycheck. A small reward for helping save a life in a big way.

A hero earns his cape 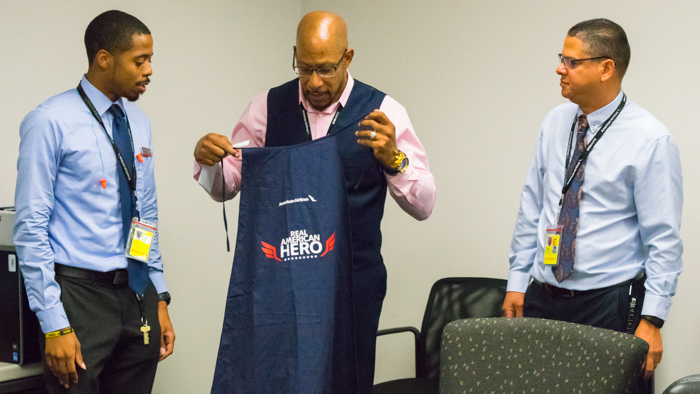 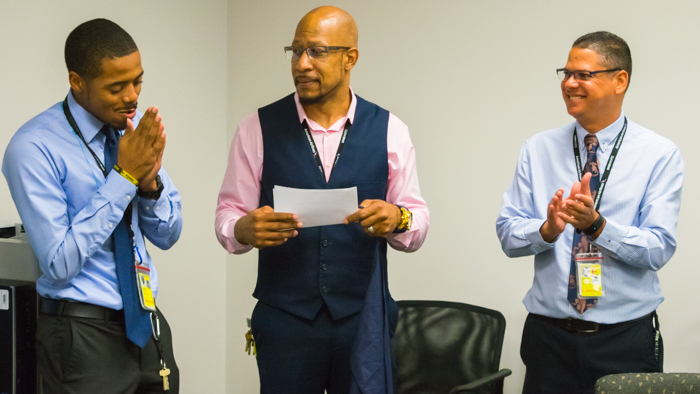 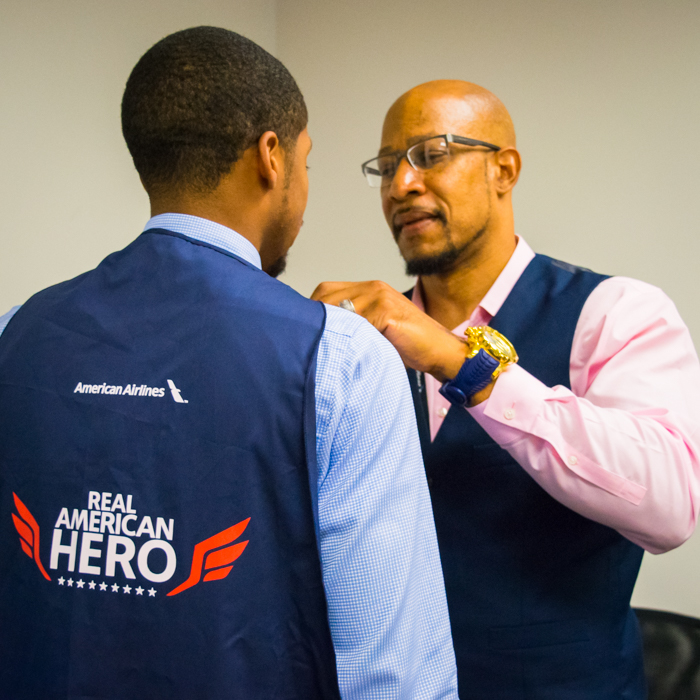 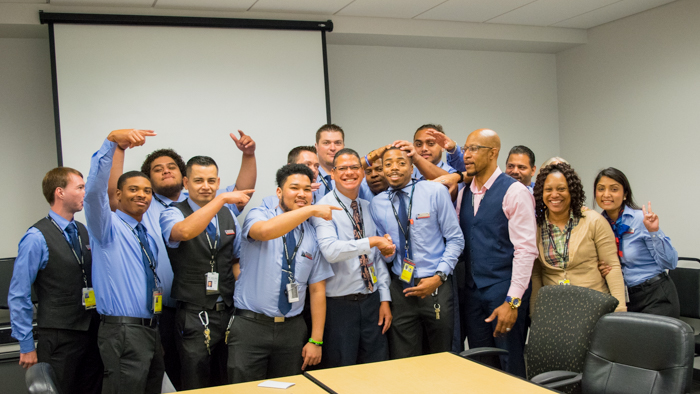 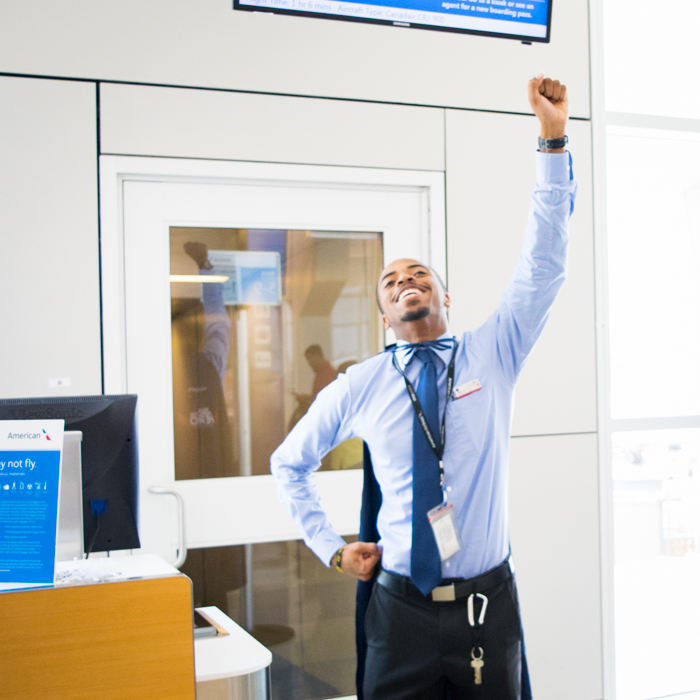