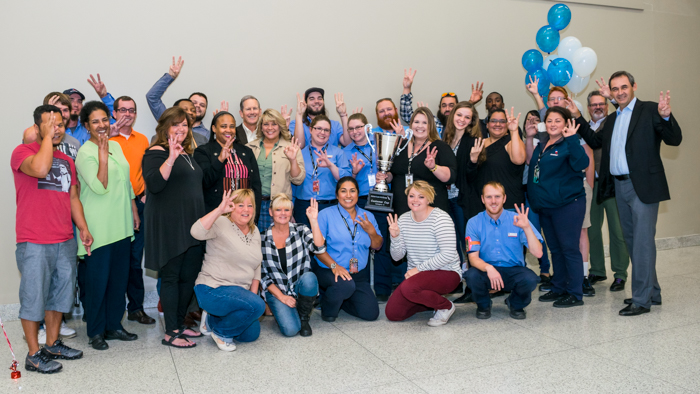 Since 2015 — when American Airlines began incorporating Envoy into the running for The Customer Cup award — one Envoy station, operating on the ramp and in the terminals, stands above the rest. For the third time in two years, Blue Grass Airport (LEX) has won the prestigious award for their excellence in customer service. 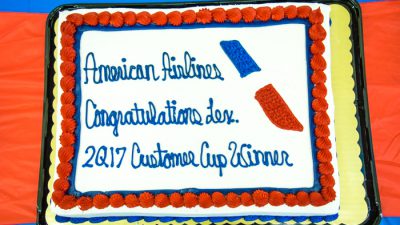 To celebrate their 2Q17 Customer Cup win, General Manager Genna Davis threw a party on September 7 with delicious barbecue and a pretty swanky raffle. All of the LEX agents were eligible to win swag from American like roll-aboard luggage, speakers and wireless headphones.

Cheerful and proud, the thirty or so agents gathered under streamers and balloons to revel in their spoils. It wasn’t easy getting to the top, but their dedication to safety, customer service and teamwork earned them a day to relax. 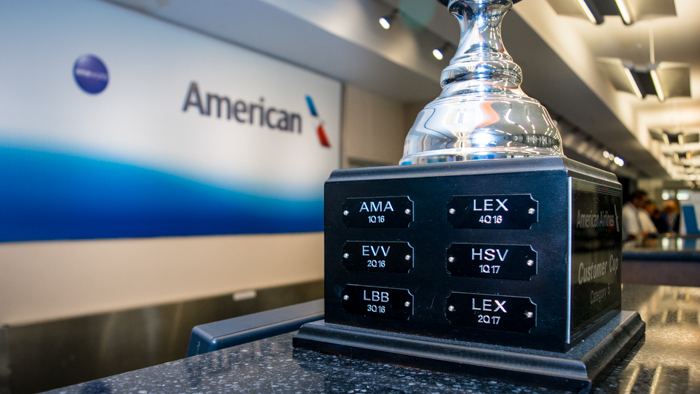 Customer Cup winners are measured by key metrics on the ramp, like departure times and baggage handling. At the gate and ticket counters, employees are scored on their customer interactions and compliments.

Airport Agent Sandra Wilson says that one of the keys to consistency on the ramp is getting the first flight of the day out on time.

“Kickoff flights are so important because that starts a domino effect,” says Sandra. “I try to go at 100 percent at all times, and so does everyone else. As a team, we all seem to click.” 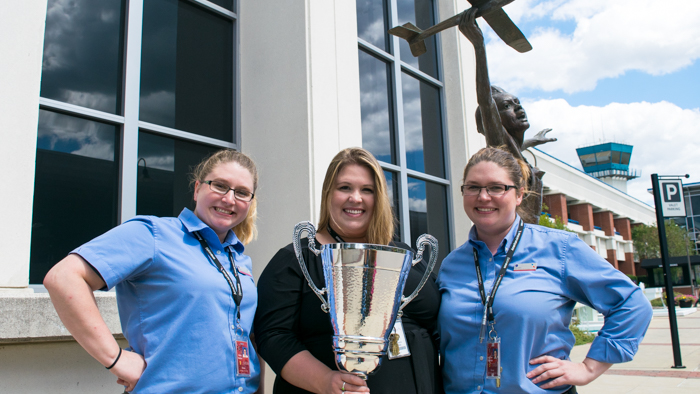 The woman who keeps the team in sync and held together is General Manager Genna Davis. A native of Wisconsin, she’s grown to love Lexington, Ky. and the cohesive team she’s cultivated at LEX.

Genna says the culture of hard work begins with her Lead Airport Agents, but it’s up to her to keep people together like a family. That begins with an open-door policy where her employees are heard and respected, Genna says.

Since she began, the LEX team has garnered the three Customer Cup wins. By utilizing incentives for hard work and recognizing employees who go above & beyond, Genna has found the winning recipe. 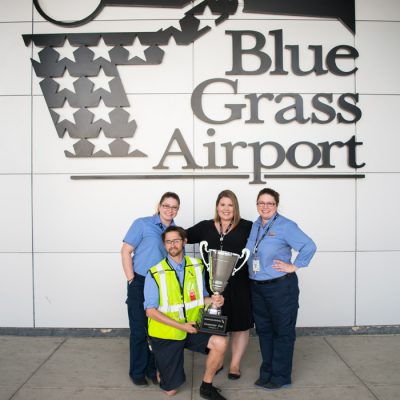 “Our goal is to win the Customer Cup every quarter and win the annual, nationwide Champion’s Cup,” says Genna. “We’ve gotten a taste of victory and we want more!”

Contributing to the competitive spirit is a pair of sisters, Hillary and Haley Denton AKA “The Dynamic Duo”. Both are Lead Agents and are said to be “the backbone” of the station.

It’s apparent that their cheery demeanor and matter-of-fact tone is infectious around the station; from the ramp to the ticket counter. Each agent seems to brimming with confidence, knowledge and an eagerness to help — not to mention megawatt smiles.

“It’s something we get from our mother,” says Haley. “She always strives for perfection, and we try to also. We really just want to inspire others to do a good job, because that just makes everyone’s job a breeze.”

On to the next one 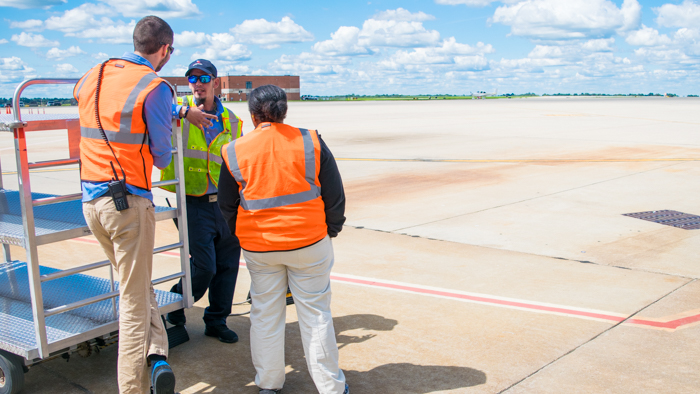 Hillary, the oldest of the Denton sisters, says the team also thrives on encouragement thats passed on from management to Lead Agents.

“And if I pat someone on the back or recognize their hard work, I see others passing it along to each other,” says Hillary. “People here are dedicated to winning now. Once you put your hard work into something tangible like a trophy, its pushes you harder.”

A lot goes into cultivating the culture of a top-performing airport station, but LEX seems to found the winning formula. Here’s to another great year — Congrats to everyone at LEX!

If you’re interested in joining the Envoy team, visit our Careers Page for more information.

« On the ground in MIA, human spirit thrives despite storms
Know your numbers? Intern with our Finance team! »