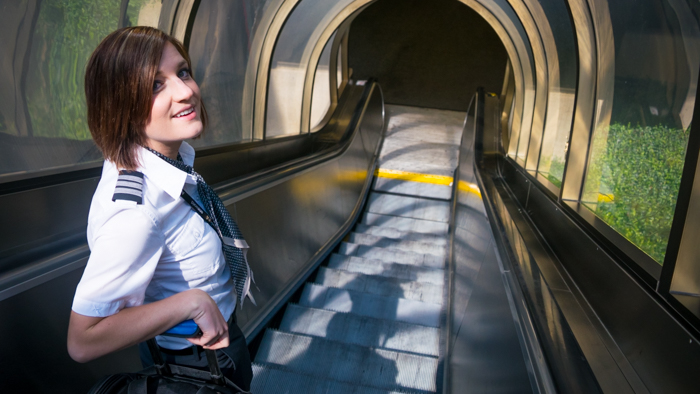 It was supposed to be a routine overnight trip to Pensacola, Florida for Envoy First Officer Amanda Tucker. She was going to show what a day-in-the-life of an Envoy pilot entails – her walk around inspection, flight planning, riding the shuttle to the hotel, a trip to a local restaurant…you know, the usual.

But Amanda had a secret – one that would completely change the narrative of this story. Only known to her and the people who interviewed her was the fact that Amanda had been offered the recently-opened position of Fleet Manager for the Embraer 175 (E175) program.

In her new role, she will be directly involved in coordinating and implementing crucial procedures throughout the company for safely operating the E175. As a pilot, she has experience communicating with all the different departments, but now she’s in a capacity where this communication is key, as many pilots are depending on her decisions.

“The biggest challenge for me, right now, is just becoming familiar with the projects,” Amanda says. “Luckily, I have several coworkers who are very resourceful and help me whenever I need it.”

But Amanda isn’t the least bit rattled. In fact, Amanda is known to be cool as a cucumber in the face of adversity. 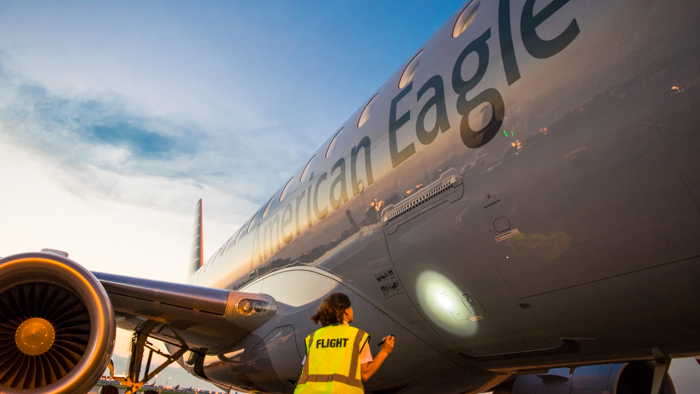 Before the trip to Pensacola, tropical storm Harvey was looming large over the southeastern U.S. – right in the path from Dallas-Fort Worth to Pensacola. She and the captain had to work together with dispatch to determine the best route to get to Pensacola safely.

That was the easy part – maneuvering around inclement weather is routine for a pilot. It was the scalding-hot cup of coffee Amanda had accidentally spilled on her uniform that really threw her for a loop.

“Not everything is 100 percent in your control, and when something silly happens, like spilling coffee all over my brand new uniform, you just have to have fun with it,” says Amanda. “Just like going around the hurricane, I had a backup plan. I always pack an extra uniform or two.”

As a pilot, Amanda admits that she fits the “pilot mold” of a Type-A personality, but paired with incredible patience. Like an engineer or architect, Amanda is straightforward, exact and determined to get it right.

She’s also a realist and understands that not everything is controllable or infallible.

“I’ve learned from the many twists and turns of life that you must always be ready for something to come out of the blue,” says Amanda. “You just have to be ready to jump in and do it the right way. And if you’ve practiced enough, you can do it right in your sleep.”

Pilot, yes, but a woman too 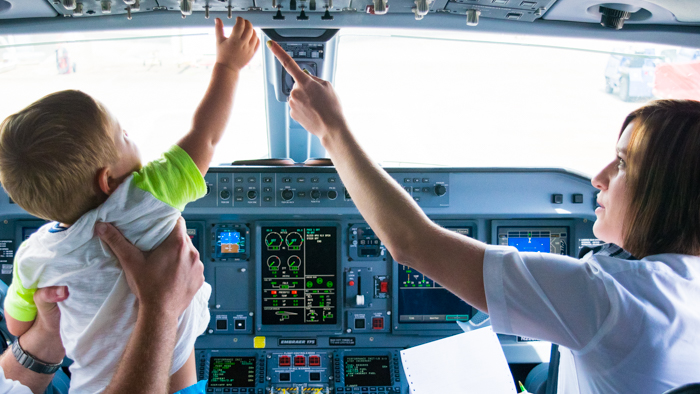 When she was younger, Amanda says that she used to, “be the one girl in the group of guys,” and she found herself competing and pushing herself to be just as good as them. Now, as an adult, she sees that same type of drive in other women pilots who succeed on the flight deck and at home.

Amanda and her husband do not have children yet, but Amanda is forging a career path that will allow her to continue her love of flying while having the capability to be home every night. Not every woman pilot can have an office job like Amanda – in fact, she’s the exception – but she says that she applauds the women who continue to fly four-day trips, often times, while pregnant.

“It’s not easy to be gone from your family for four days at a time,” says Amanda. “You have to fight tooth and nail to balance your work and family, but the payoff is worth it. Plus, Envoy was behind me when I told them that I’m considering starting a family. They told me that ‘family comes first’, and I can’t ask for anything more.” 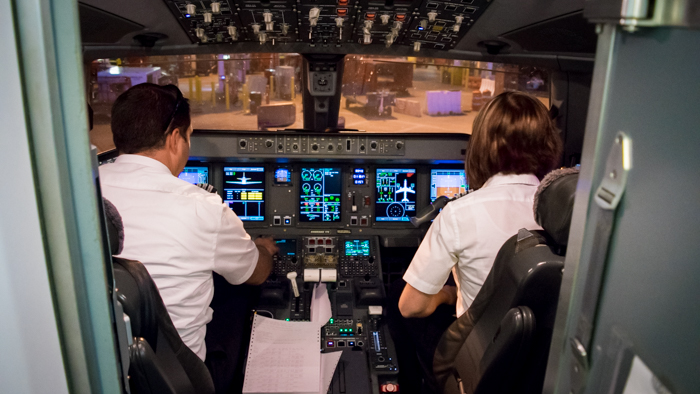 In high school, Amanda was given a personality test that was to determine the best line of work for her and other students. Guess what? She scored highly for architect, engineer and pilot!

Her family already has a bunch of engineers, so Amanda first considered civil engineering for her career. That was until her father’s friend offered to take her up in his plane, and the moment she gripped the yoke she knew, “oh yeah, this is it.”

Amanda says that even her father noticed a difference in her when she was flying – she becomes very serious and meticulous yet joyful. She quickly realized that a career as a commercial pilot would be fun day-to-day on the flight deck, but it would also quench her desire to see the world and learn more about different cultures.

Her husband, a U.S. marine, has been all over the world and Amanda wants to gain that same experience as a pilot.

“Not too many people can say that they love what they do,” says Amanda. “On the flight deck, I can be a confident pilot all while being in awe of the world around me.” 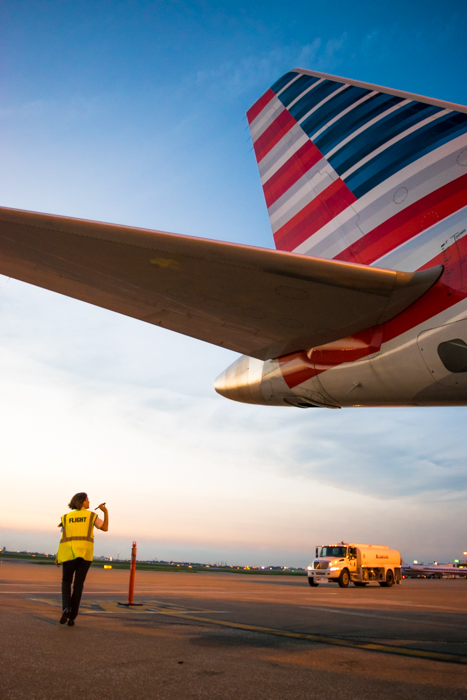 After a quick stint flying for another regional airline, Amanda eventually found her way to Envoy through a recommendation of a fellow Liberty University alumnus. He touted Envoy’s industry-leading pay for first-year pilots, its top-notch training program and unmatched flow-through numbers for pilots heading to American Airlines.

“It was definitely the right move for me,” says Amanda. “I was given the opportunity to live in Dallas, fly the E175 and work for a company that’s like a well-oiled machine in regards to sending pilots to American.”

Today, Amanda can be seen at Envoy Headquarters in her business-casual attire talking strategy and procedures with management, but she still gets out and flies when she has the chance. And even though her new office job is on the ground, she’s still got a suitcase packed with a uniform (or two) for when it’s time to take her office to the skies.

« In the Air with the Lt. Dan Band
Birds of a feather flock together at SAFECON »