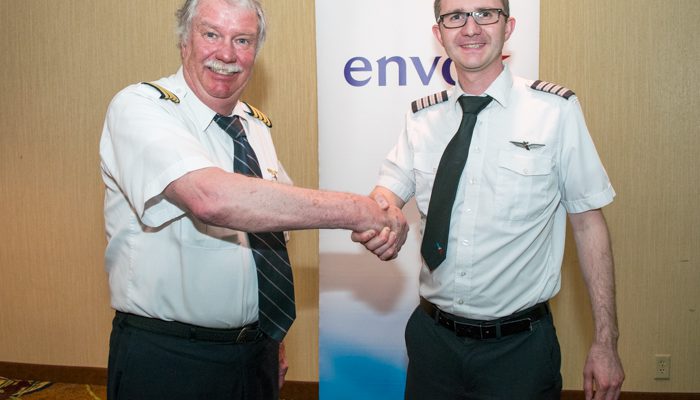 Envoy pilot Richard Thompson II recently upgraded to Captain, and before his father’s upcoming retirement as an airline pilot, he decided to surprise him with a letter of thanks for guiding him to the Captain’s seat. Below is that letter, which originally appeared in the Air Line Pilots Association magazine.

Changing of the Guard 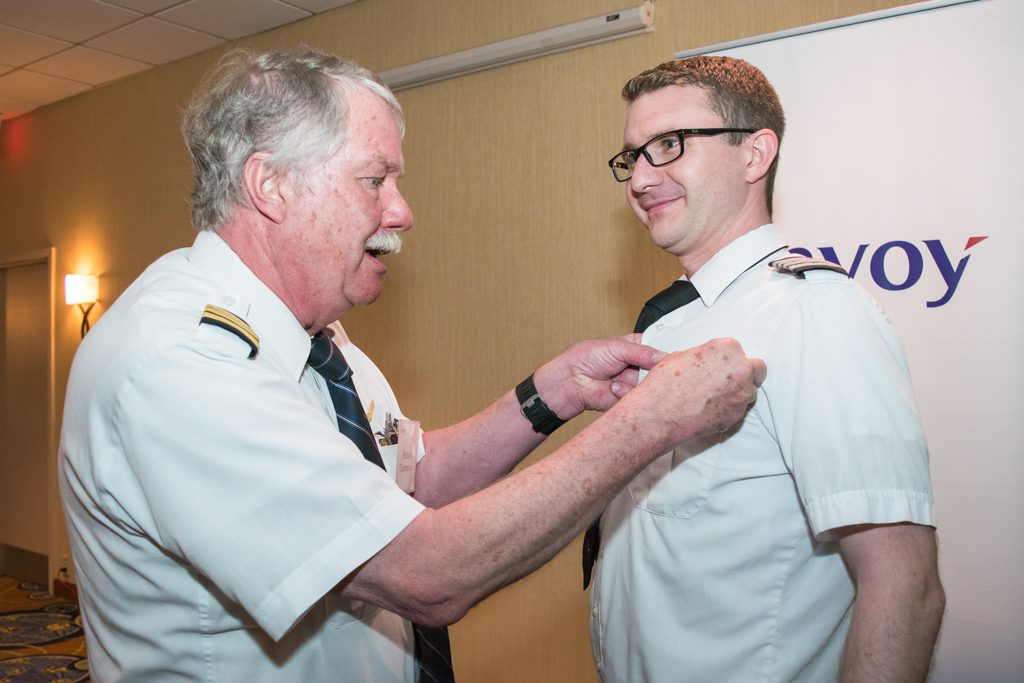 I was lucky enough to upgrade to Captain at Envoy this year, and for the Envoy Captain’s upgrade dinner I brought my father, my mentor, my best friend, my flight instructor, and a fellow legacy—and it only required one chair. My father is currently the oldest Newark-based Airbus pilot at United Airlines and turns 65 this December, so this year will be a changing of the guard for our family. 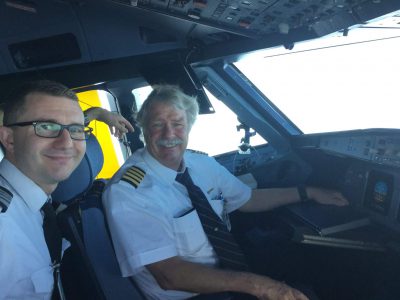 Flying is in my genes and it started with my grandfather, who joined the Navy during World War II. After the war, my grandfather was hired at TWA, retiring as a Captain on the 747.

My dad’s brother went to the Naval Academy, became the head commander on the F-14, and has close to 20 years at another major airline. His son, my cousin Robby, is finishing his time in the service flying E-2s and dreaming about a career with a major.

Rob and I have always been very competitive; I beat him to the left seat of an airliner and we’re also betting on whose kid will be the family’s first fourth-generation airline pilot. My mother earned her wings, too, working for Aeromec (later Wright Air), an Allegany Commuter.

I can still remember all the trips we went on when I was a kid. I remember being so excited the night before that I couldn’t sleep.

I was excited about what airplanes we would be on, and I could tell you numerous facts about every airplane in the fleet. The 727 didn’t have any audio entertainment while the 737 did; the 757 and later A320s were my favorite because of the TVs; and when they put the 777 on the Newark-to-Denver flight, it was like I won the lottery. 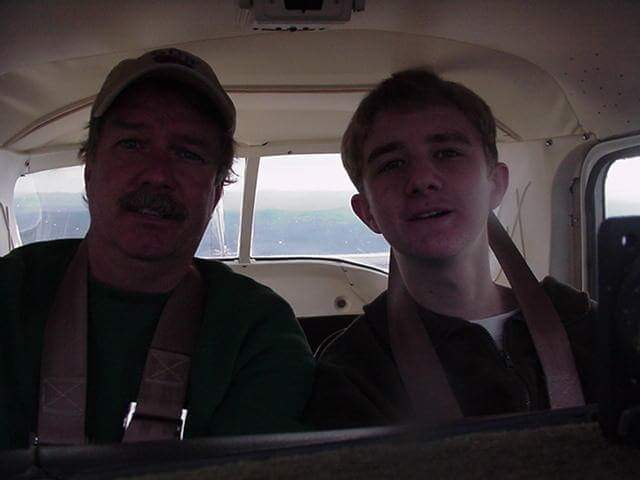 It was clear to everyone what I wanted to be when I grew up, and my father gave me that gift. He took me out weekly starting at 14 years old; he took me on a solo flight on my 16th birthday; signed me off for my private on my 17th birthday; and gave me all the solid advice he could. 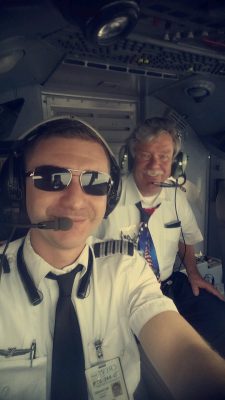 He was there to guide me when my patience paid off and I upgraded to Captain. He probably would have been able to retire a few years earlier if he just charged me a dollar per phone call looking for advice.

It’s hard for me to imagine my father no longer being an airline pilot – it’s all I’ve ever known – so this fall will be bittersweet for me. But he’s excited to retire, excited to go skiing at Snowbasin in Utah all winter, excited to spend time on the water in the summer, excited to finally have the extra time to spend with me, and, most of all, excited to be the world’s best grandpa to my daughter Kylie.

We plan on exchanging some final jumpseat rides before the clock strikes midnight, and I will be there with Kylie for his retirement flight. It’s going to be hard for me seeing Dad turn in his wings, but for the first time in my life my father won’t have to tell me he’s out on a trip that day. That’s something I’ll be able to get used to.

« Army veteran and Envoy pilot, LaTroy Green is living the dream
In the Air with the Lt. Dan Band »