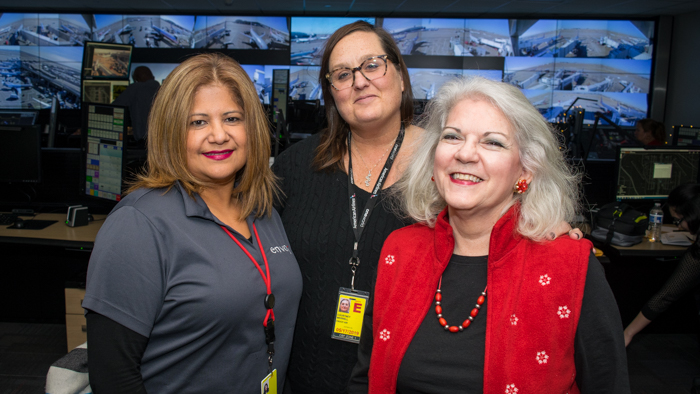 From corner to corner lining every wall, desk and table, computer monitors light up the room of the Dallas-Fort Worth International Airport (DFW) Virtual Control Center. The screens cover the room in a sky-blue hue while dozens of employees talk quietly over phones and headsets, and decipher the labyrinthine charts and diagrams on the glowing monitors. 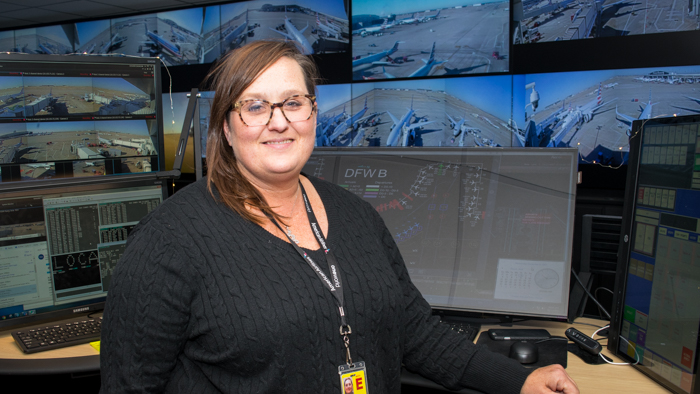 Courtney began her aviation career 30 years ago with Wings West in San Francisco, which eventually merged with other regional airlines to form American Eagle Airlines, now Envoy. Since 2015, she has worked as the Coordinator of Ramp Services at DFW where she helps coordinate an open line of communication between the gates, ramp, catering, maintenance and fueling.

“It’s my responsibility to build teamwork and relationships between our employees, and get everyone on the same page,” said Courtney. “Not only point them to the same goal, but it’s my job to help them understand how we get there.”

In 1987, Courtney wanted to join the travel industry so she enrolled in a vocational school where she could become an accredited travel agent. But before she could become one, she jumped on the opportunity to work as an operations agent for Wings West in San Francisco.

On to The Eagle 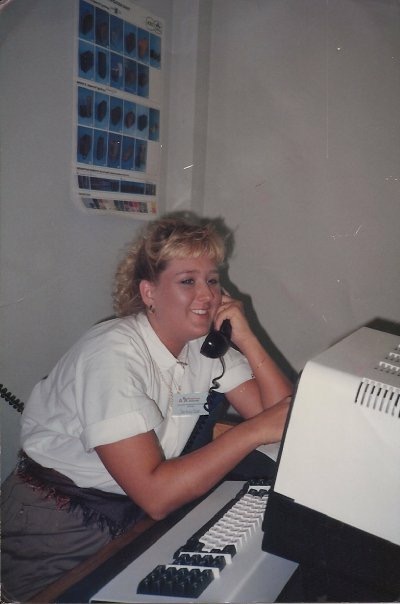 After a few years in California, Courtney began working for American Eagle, serving in 11 different stations as an agent, lead agent, general manager and compliance control. She said that’s how she learned to “jump in and get things done” no matter where she is.

“A lot of us come from the ramp or gate, so we know how to anticipate the next move in the operation,” said Courtney. “We’re like the heartbeat of the operation – keeping everything flowing and running smoothly.”

When she arrived back in Dallas – she grew up in nearby Richardson – she was back as one of the managers on duty in the control center, but instead of a dozen or so flights a day, she came into DFW with its 300-plus daily flights. Even though she’s a supervisor, she knew there were others around her with decades of experience from whom she could learn.

Over the years, it’s her colleagues with their multitude of backgrounds and interests that have become her favorite part of the job. She also enjoys her employee travel privileges (she flew standby to her own wedding!), as well as the daily adventures that make each day different.

As a woman in her role with the company, Courtney said that “doors have always been open” for her, and that the flexibility of an airline job can be helpful to women with families. As a professional and a mother, she’s inspired by her own mother to be a strong leader; she climbed the ladder over the course of 29 years at a national bank to become a senior vice president.

For the past three decades, Courtney has utilized that inspiration and prospered from her motivation to grow within the company. She’s seen first-hand, regardless of gender, that there are opportunities abound at Envoy.

“She inspires me because she worked her way from the bottom to the top,” said Courtney about her mother. “The same can happen in this industry, at this company. All you have to do is get your foot in the door and there will be opportunities for you to grow. Depending on your interests and skills, you can always find a new challenge or career at Envoy and American.”