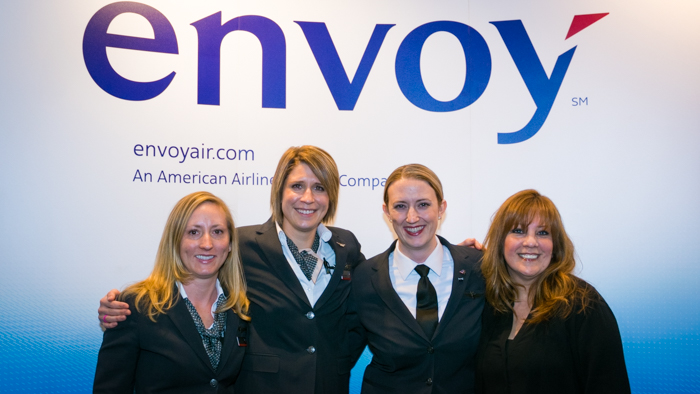 The International Women in Aviation Conference is always a fun collaboration of women and men coming together to reach a very important common goal – inspire women and girls to flourish and become leaders in the aviation industry. Every year, people from all over the world connect and engage with one another to make a better future for everyone in the aviation community.

Throughout the Reno-Sparks Convention Center, thousands of women from many walks of life spent time looking for career opportunities, engaging in dozens of seminars and inspiring the next generation of aviators in a special Girls in Aviation event. We caught up with a few of these women to learn more about their unique paths through aviation and to hear what they think is most important about women in aviation. 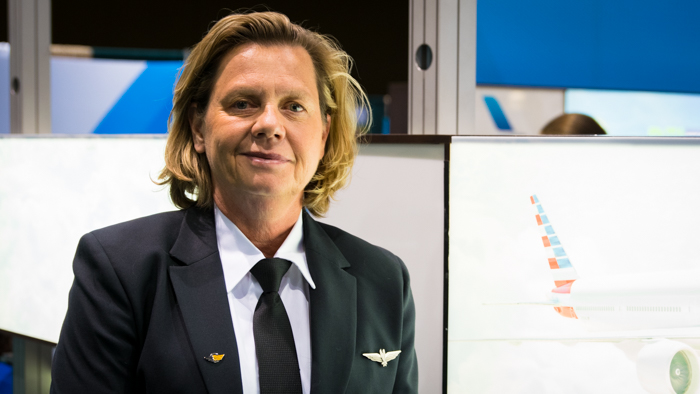 First Officer Carrie Muehlbauer began her aviation career in 1981 when she joined the U.S. Air Force, and has spent the last 28 years with American. When she first joined the Air Force, it was still at a time when few women were flying planes in the military; women weren’t admitted into the Air Force Academy until 1976.

“We were some of the first women flying for the Air Force alongside men when I joined,” said Carrie. “We didn’t have any mentors to talk about the issues we faced. It was a lonely place.”

Once she began pilot training, she met some of the women who would go on to be her longtime friends. There, Carrie had some hope that she wasn’t alone, and could feel a little bit more comfortable being a woman in a male-dominated arena like the military, she said.

Today, Carrie, with many other women pilots flying for American, mentor young women to help and inspire them to take on larger roles within the airline.

“Coming to the WAI Conference is a great way to meet with young aviators and provide mentorship,” said Carrie. “It’s a great place to share ideas, inspire others and see all of my friends.”

Some advice for young women aviators?

“Don’t listen to the naysayers, you can be anything you want to be,” said Carrie. “Find a mentor or someone to look up to, and they can show you the way.” 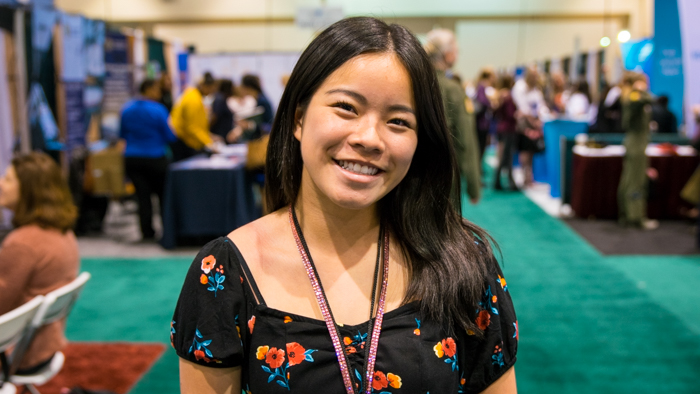 Seventeen-year-old Kristen Kop is about as ambitious as they come these days. She’s a member of the Civil Air Patrol, The Ninety-Nines and the Honolulu WAI chapter.

She currently studies at Mid-Pacific Institute, a college preparatory school in Honolulu. She is also pursuing her private pilot’s license and aims to join an ROTC program in college next year.

For Kristen, the WAI Conference is all about opportunity.

“It’s the perfect place to network and make connections in the industry,” said Kristen. “I can meet with different airlines and schools that can help financially to train pilots of the next generation.”

This being her first time at a WAI Conference, Kristen was in awe of how many women are involved throughout the industry.

“I had no idea what to expect,” she said. “It feels really good and assuring for a future where more and more women are getting every opportunity available. For me, I feel good about my career opportunities in this industry as a woman aviator.” 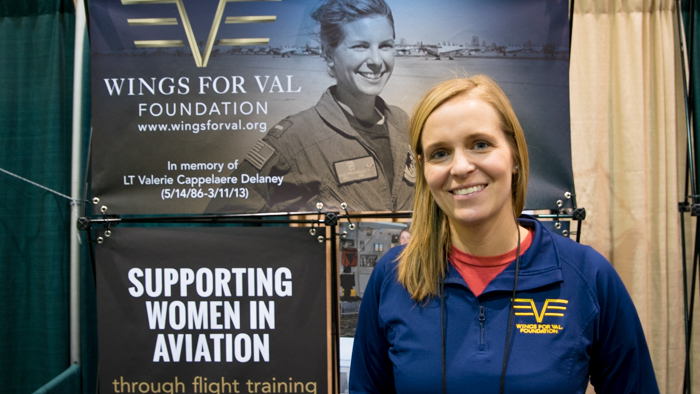 In 2013, Navy Lieutenant Valerie Cappelaere Delaney passed away in an accident during a training mission in Washington State. At her funeral, over 200 women pilots would leave their wings with Val showing solidarity with their fallen sister.

Val’s family, including her sister Allison Righter, were so touched and inspired by the community’s gesture that they began a non-profit foundation to provide scholarships to women aviators across the world. Allison, the president of Wings for Val Foundation, came to the WAI Conference to share her sister’s story, thank people for their support and congratulate this year’s scholarship recipients.

“The best part of the conference is getting to meet our scholarship winners,” said Allison. “They also meet one another, which can begin a really supportive relationship.”

Wings for Val is all about “reaching forward and reaching back”, which means learning from the women who have experience and teaching the young women who are the industry’s future.

“The only way we can make any progress is if we do both; learn and teach,” said Allison. “Our mission is spread awareness, inspire women in and outside of aviation, and to find the best aviators to help them achieve their goals.”

Thanks to women like Allison and Carrie providing mentors, scholarships and inspiration, youngsters like Kristen can find opportunities to better their futures. Together with the millions of women and men in the aviation industry, Envoy is proud to join in that mission.