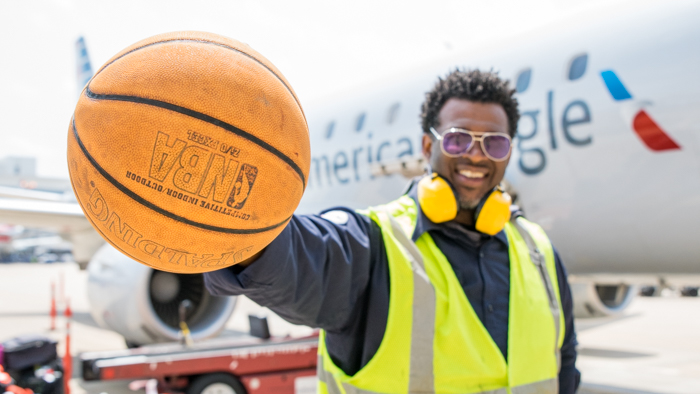 Since playing one year in the NBA as a Los Angeles Clipper over 30 years ago, Steffond has accomplished a ton of goals alongside colleagues and friends. But he doesn’t define who he is by his successes or failures as an entrepreneur, sports agent, charity board member, basketball coach or “ramp guy.”

“I’m more motivated by my values than by my accomplishments,” said Steffond. “You can’t just tell people who you are, you have to show them. God put me here in this job because I know teamwork and I know morale; that’s how I identify myself.”

The role of giving back 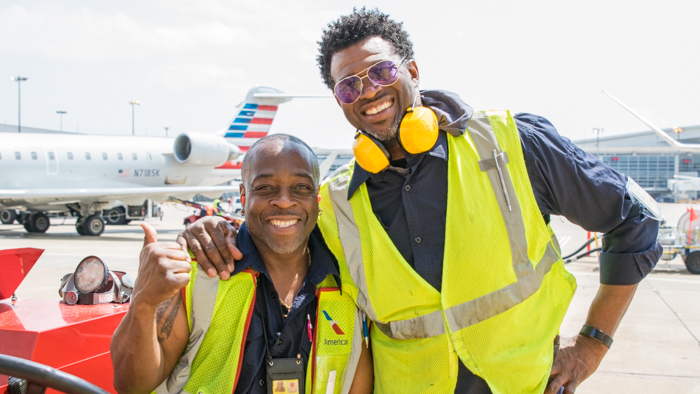 Born and raised in Gilmer, Texas, Steffond played his high school basketball at Longview High School then moved on to play for Louisiana State University and San Diego State University. And even though he only played one year of professional basketball, Steffond still found positive results like marrying is wife and entering a world of philanthropy.

Taking care of those around him and paying forward the fortune he’s received from others has become his life’s mission. Just to name a few of his charitable efforts; he is the Vice President of the National Basketball Retired Players Association Dallas chapter, heavily involved with Basketball Club International, and contributes to the Malaria Foundation International.

“A lot of us [professional athletes] are cut from the same cloth,” said Steffond. “We go back to our old neighborhoods and relive the reality of that place. Someone helped us along the way to make it out of there, so I try to do the same for others.” 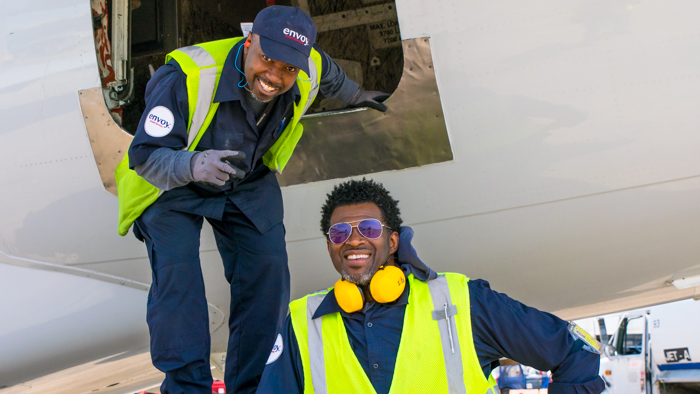 At Envoy, Steffond carries that same giving spirit, and although he’d love to help financially, he aims to provide motivation to boost morale of his beloved coworkers. All throughout his workday, he shares friendly embraces with every safety-vest wearing colleague he encounters. 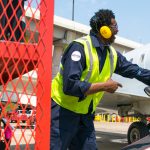 In 2017, Steffond coached the Dallas Christian College men’s basketball team to a national championship; the school from which he would eventually earn a business degree. Out on the ramp, naturally, Steffond approaches his duties like a basketball game; giving small pep talks, doling out high-fives, and game planning for the next flight. 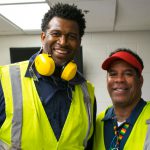 But Steffond said he can also learn from others who have an outstanding wealth of working knowledge.

“Part of being a coach is motivating others, but also to improve yourself,” said Steffond. “I can do that by learning from my coworkers who have years of knowledge. You have to learn to adapt quickly – learning agility is everything out here.” 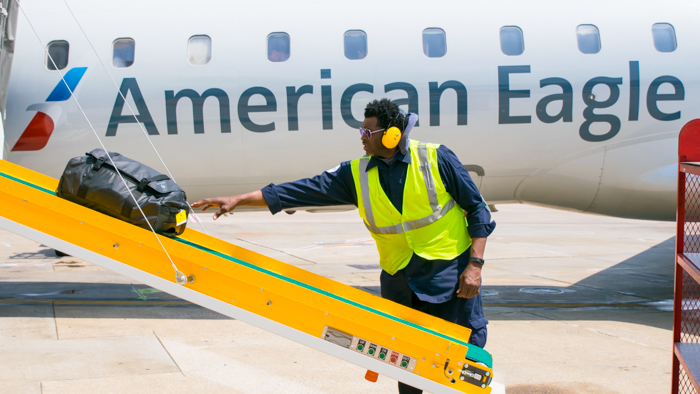 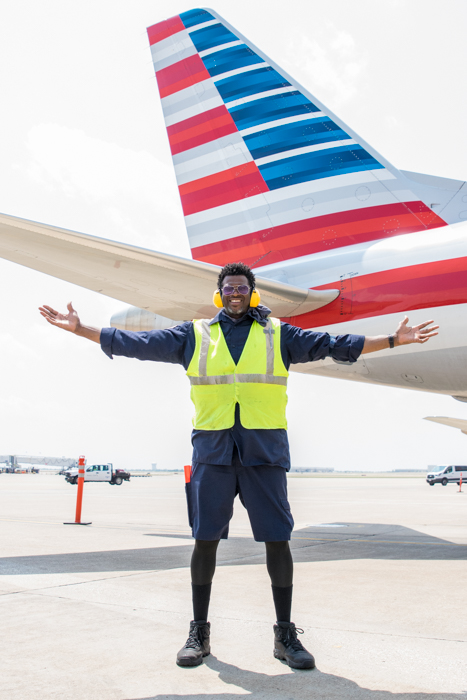 At 55 years old, Steffond also finds the opportunity to improve his health by getting a pretty rigorous workout lifting bags in and out of the cargo hold of the airplane. All the while, he is checking his Fitbit to make sure he’s accumulating steps to reach his daily goals.

“I tell all my friends to apply to Envoy and American Airlines,” said Steffond. “The flight privileges are great and you can stay fit. What Envoy has here is something extraordinary, but it’s not always publicized the hard work we do out here.”

That’s where Steffond would love to use his philanthropy skills, to help improve the daily lives of his fellow rampers and help them gain the recognition they deserve.

“One thousand percent, the people are the best and most important part of this job,” said Steffond. “What is any company without the people? Out here, you’ll find the nicest and hardest working people who all take pride in what they do. When that flight comes in, people know it’s game time!”