Remember the scene in “Willy Wonka and the Chocolate Factory” when the lucky children get their first glimpse of the candy factory – chocolate waterfalls, gum drop trees, marshmallow mushrooms… – and the look on Charlie’s face as he enters Wonka’s world of “Pure Imagination”?

Jace, who is diagnosed with autism, is a senior at Colleyville Heritage High School in Colleyville, Texas, and a close friend of Envoy Captain Nick Kinner. Nick and Jace met through Nick’s wife’s former employer Best Buddies International, which is a non-profit that “creates opportunities for one-to-one friendships, integrated employment and leadership development for people with intellectual and developmental disabilities,” according to their website.

A sight to behold 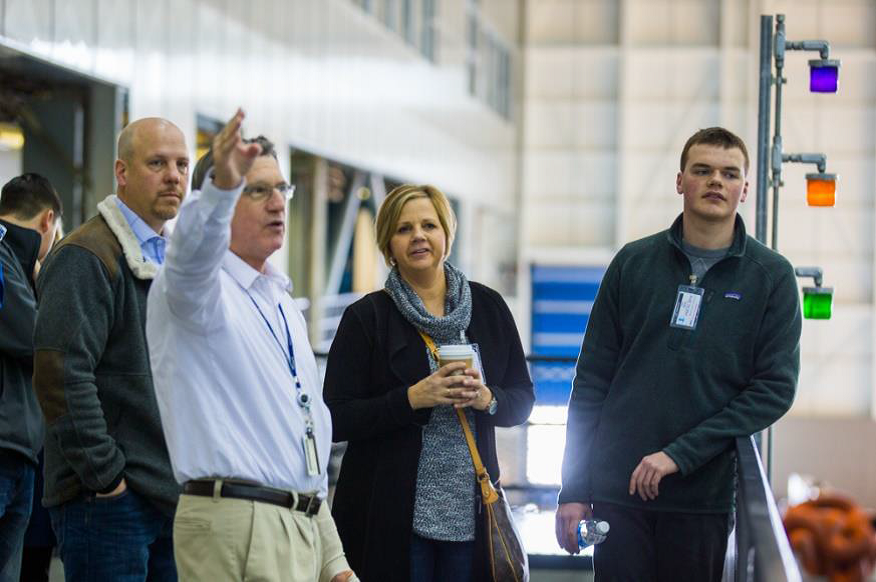 Jace (right) with his parents as they tour the 737 assembly line in Renton, WA. (Photo courtesy of Boeing/Jeppesen)

Familiar with Jace’s obsession with Boeing, Nick proposed the idea to offer Jace a tour of Boeing’s facilities to Jeppesen executive Mary Skelton who works with their parent company Boeing. She, in turn, proposed the idea to members of the Boeing team, and they were more than happy to offer a tour to one of their biggest fans.

“I knew Jace was big into another airline’s 737 MAX, so I took this opportunity to sway him to American Airlines,” said Nick. “Now Jace has set a goal to work at American as a Fleet Service Clerk – I guess I won him over!”

During their two days in Washington, Jace, Nick and their families toured the Boeing flight museum and the factories where they build the 737s and their heavy jets; the 777 and 787. Boeing also awarded Jace with a leather Boeing jacket with Test Pilot badges.

“There was not a dry eye in the room as Jace donned the jacket and wore it proudly,” Mary wrote in an email.

“You should have seen the look on his face,” said Nick. “It was unbelievable to see how excited he was. He kept telling us that this was the best day of his life.”

“I love giving back.” 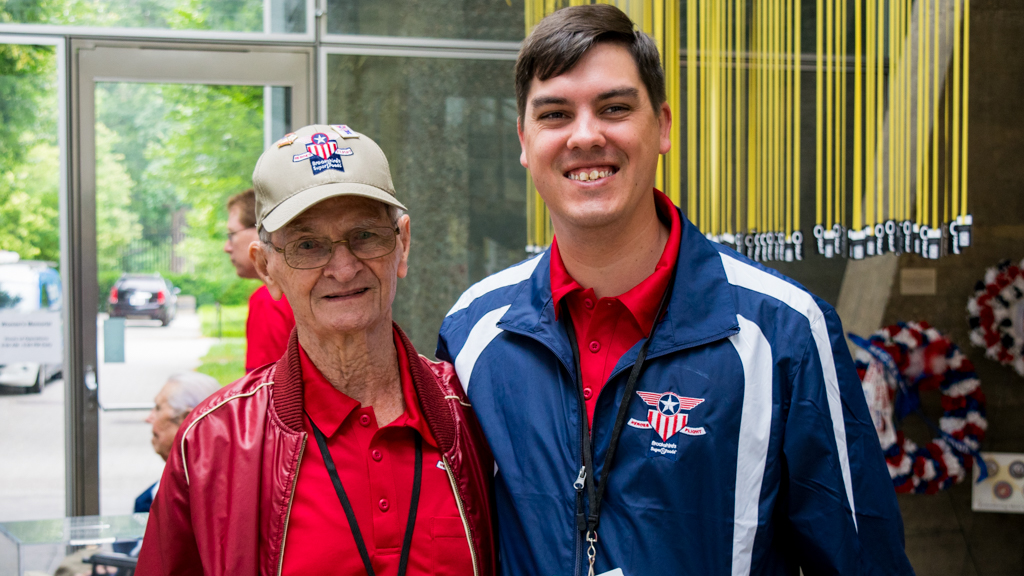 Captain Nick (right) with a WWII veteran during the Brookshire’s Honor Flight.

For years, Nick and his wife Faye have worked or volunteered to help others, and continue to help out for Best Buddies events at least twice a month. At Envoy, Nick is frequently volunteering his time and flying for military charters, such as the Gary Sinise Foundation and Brookshire’s Honor Flight.

Both of Nick’s grandfathers served in the military and his cousin has Down Syndrome, so naturally he wants to help those who are close to his heart.

“I enjoy volunteering, because I love giving back,” said Nick. “With veterans or people with disabilities, it’s important to be inclusive and treat and respect them like you would anyone else.” 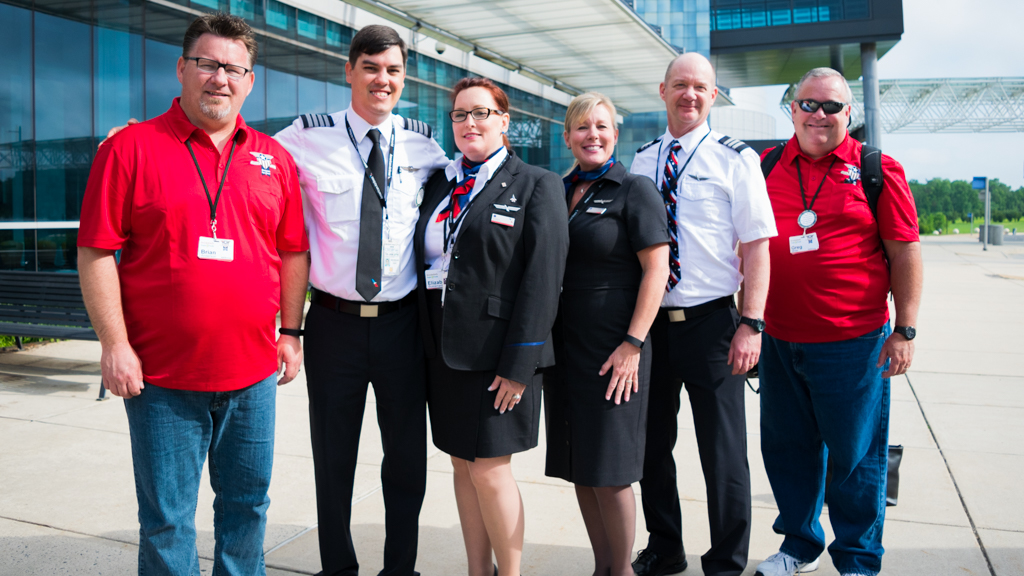 Although Nick is about 11 months from flowing to American, he hopes to continue his passion for volunteerism once he joins the mainline. That shouldn’t be too difficult considering Envoy and American’s frequent collaboration on charity initiatives like Sky Ball, Maagic Flights and Snowball Express.

“I’ll continue to help in any way I can,” said Nick. “I’d recommend it to anyone working at Envoy. It’s such an unbelievable experience.”

And, even though Nick was the connection between Jace and Boeing, he’s just glad he could help.

“Boeing and Jepessen went way, way above and beyond,” said Nick. “They deserve all the credit for that amazing tour with Jace.”