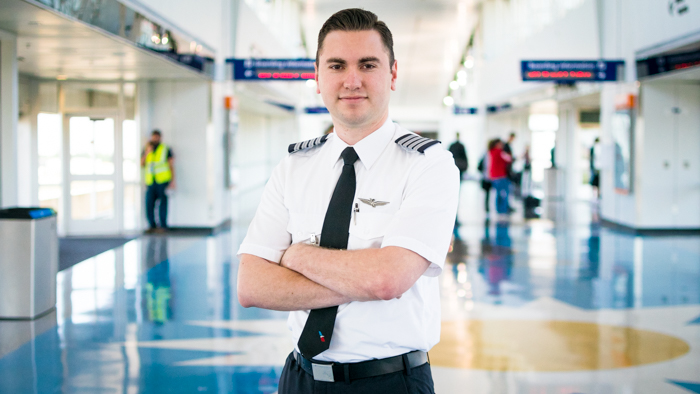 Not many people would forego a paycheck, smile, and continue to work with vigorous passion. Unless you’re Gabe Molina — who loved his job teaching Los Angeles inner-city youth all about aviation so much that he happily did it pro bono.

Before coming to Envoy, Captain Gabe Molina worked as a Certified Flight Instructor at Tomorrow’s Aeronautical Museum (TAM) in South Los Angeles. He spent the majority of his time instructing pilots training for various pilot licenses, but Gabe’s favorite job was introducing the world of aviation to children from nearby Compton.

“It’s such a unique after-school program because it brings subjects like science and math to life,” said Gabe. “These six- to seven-year-olds had really smart questions. It was a proud moment to see their faces when that lightbulb came on, and you could tell they were beginning to grasp these complex subjects.”

A hand up, not a handout 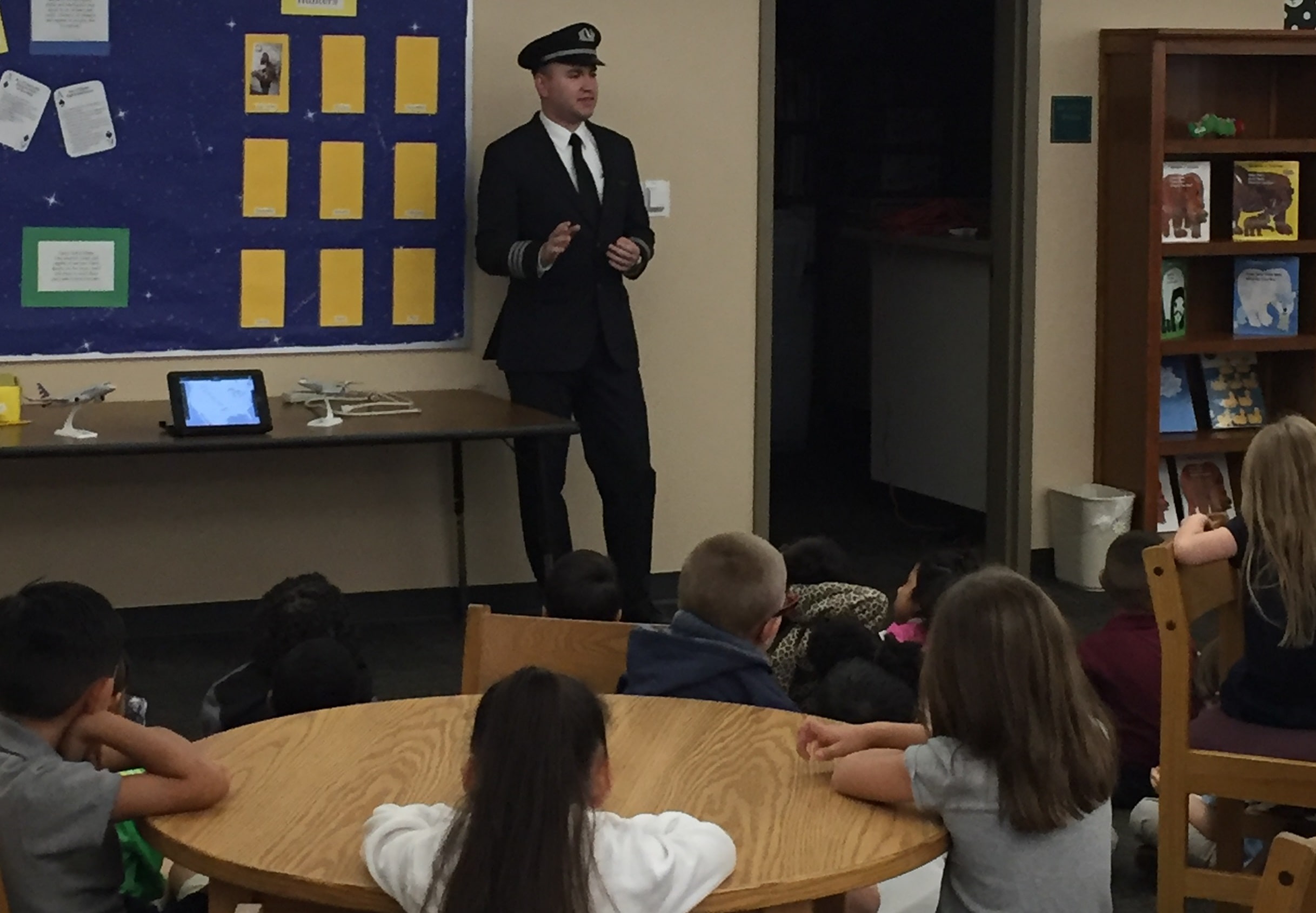 As a new Captain, Gabe still finds time to help out at TAM, usually on his days off. Now, he goes into the classroom in full uniform and he tells the children all about his life as an Envoy pilot; “and they eat it up,” he said. 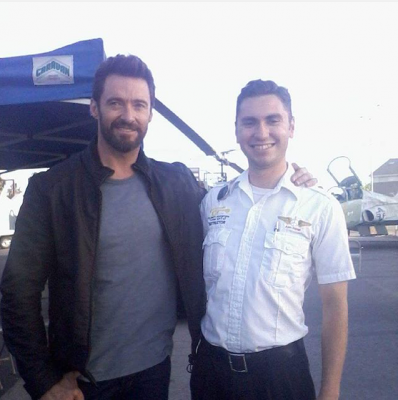 Since 2013, when Gabe began working with TAM, he has seen a few celebrities come through the flight school – like Michael Rappaport and Hugh Jackman – but nothing has impressed Gabe more than seeing the kids who have gone on to begin flight training.

“It makes me so proud to see them create their own destiny outside of the inner-city dangers,” said Gabe. “That’s why I think this program is so important; it gives them an opportunity to grow beyond their environment.” 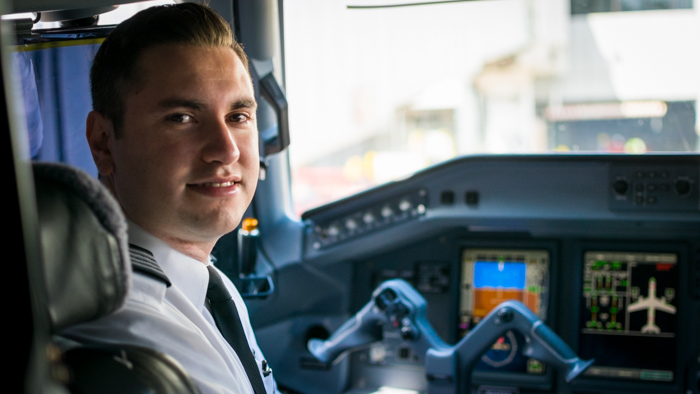 Gabe’s own passion for flying also came at a very young age. As he tells it, his first encounter with the commercial pilot profession came when he and his family took his uncles to Los Angeles International Airport when he was five years old.

As he was waving goodbye, he caught a glimpse of the pilots on the flight deck, and began to wonder, “what are they doing? Who are they?” All of a sudden, the First Officer looked right at Gabe and waved with an encouraging smile.

From that point on, as Gabe would marvel at planes flying overhead, he knew he wanted to be an airline pilot. By age 17, living in Phoenix at the time, Gabe earned his private pilot’s license and hasn’t let up since.

“I always tell my students and anyone who’s thinking about becoming a pilot to just go for it, if it’s truly your passion,” said Gabe. “After 12 years as a pilot, I’m at a point where I can comfortably say that I’m going to be taken care of from now until I retire.”

Captain life and beyond 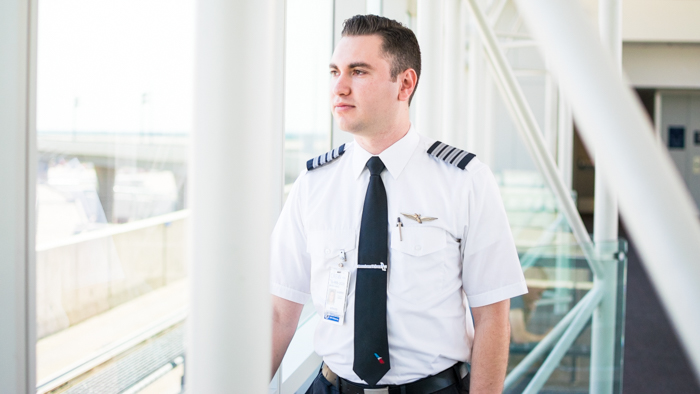 Advice is something Gabe has practicing in his new role as Envoy Captain. Over his two and a half years as a First Officer, he’s learned a lot from the Captains with whom he’s flown.

Whether it’s how to take care of a cabin crew, how to manage time wisely or how to know when to take a moment to teach without being “a micromanager,” Gabe is prepared to manage his own aircraft.

“The best part of becoming a Captain is, of course, the pay raise,” said Gabe. “But I’m also looking forward to teaching the new pilots coming into Envoy. I hope I can help them relax, and focus on being a safe and skilled pilot.”

Gabe is set to flow to American in about three years (putting him at 5.5 years from date-of-hire) and hopes he can take on a position like Check Airman or Instructor. Although his ultimate dream would be to sit in the flight deck with one of his TAM students.

“I think the coolest thing would be to fly with one of those students,” said Gabe. “That would make me proud and assure me that all of our hard work has paid off.”