On Thursday, May 24, the Envoy team in Baton Rouge (BTR) came together to celebrate a fantastic first quarter of 2018 (1Q18).

But that’s not all – the team’s hard work paid off, and the team earned themselves the station’s very first American Airlines Customer Cup – the coveted quarterly prize for outstanding operational performance and customer satisfaction.

“We have a specifically unique and cohesive team,” explains Denice Cardona, BTR General Manager. “Everyone from the ticket counter to the gate – from the airport to TSA and the ramp team – is invested in giving customers the best possible experience. We all have the same vision and are focused on the same thing.”

That vision helped bring home the Cup. So when did the magic start coming together?

“We’re a family – we hang out outside of work, too,” added Denice. “We’re also very lucky to have low attrition and some great new leads – one transfer, one promotion – who brought us some more strength. We teach everyone not just to do a job, but to do it well.”

To celebrate, the team came together on May 24 to share lunch and set their sights on another Customer Cup win. “We were surprised to hear that we won for Q1,” added Denice. “Now we’re ready to do it all over again in Q2.”

Team BTR’s win also puts them in the running for the 2018 Champions Cup, which is awarded annually in the spring. Enjoy your first Customer Cup win, team BTR! 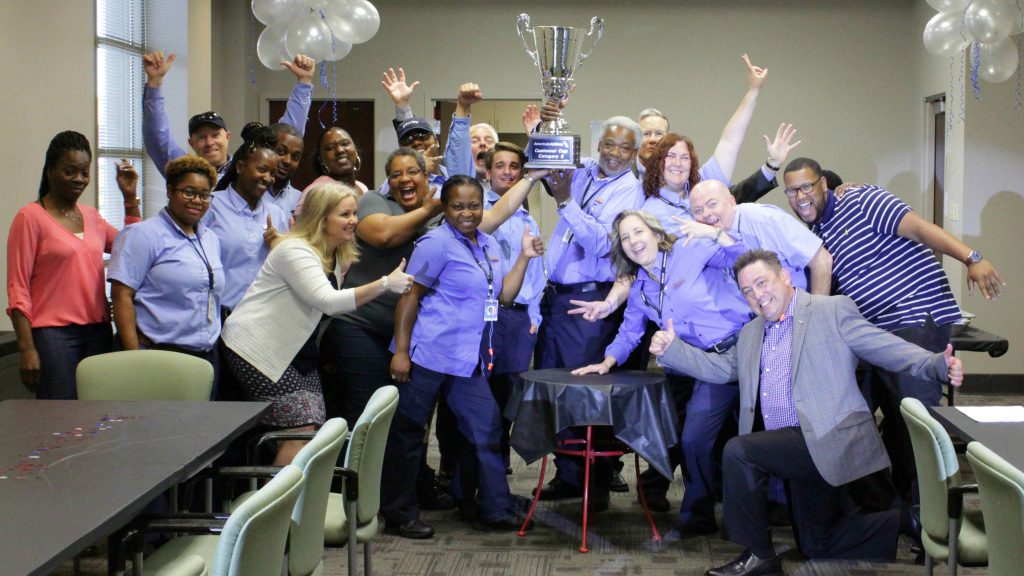 What is the Customer Cup?

The Customer Cup is a quarterly award and celebration organized by American Airlines to recognize stations that demonstrate the strongest performance in Customer Experience.

How do you win?

Each station across the AAG network – both domestic and international – competes against other of the same size and operational likeness. Stations are measured by performance in several metrics, including:

What do stations win?

Every quarter, winning stations receive the Customer Cup to recognize the efforts of employees at that station. Winning stations are also entered into the running for the top prize in the competition – the Champions Cup – which is awarded annually in the spring.