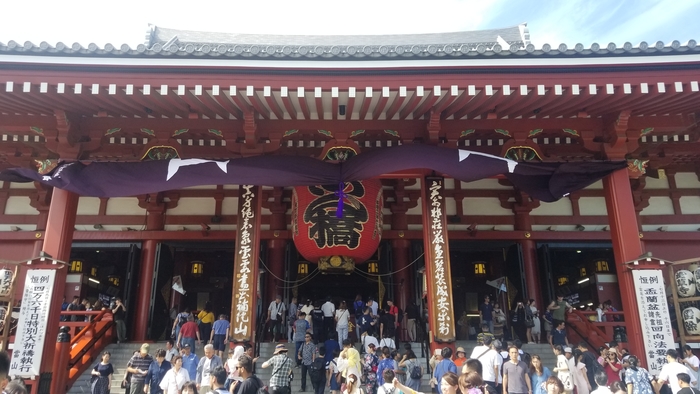 Every summer when Envoy employs college interns to join the operation, they always have a great time taking advantage of their free travel privileges. Whether it’s a short trip to see family or a once-in-a-lifetime getaway to a distant land, our interns have the time of their lives working for an airline.

This year, a group of three interns banded together to take a weekend trip to Tokyo using their travel privileges. Getting on a flight isn’t always easy when you’re flying standby, as flights fill up fast to popular destinations like Tokyo, but Angela Escoto, Ann Johnson, and John Payne lucked out and got to explore the wonderful Land of the Rising Sun.

Ann and Angela were kind enough to share some of their experience in a Q&A below. 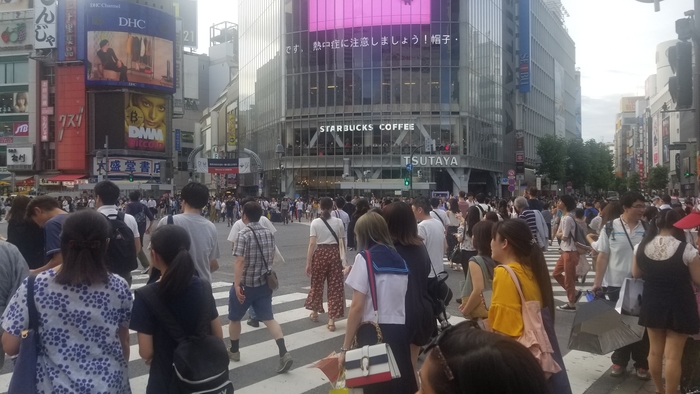 Whose idea was it to take a trip to Tokyo? Why did you choose that destination?

Angela: John, another intern who travelled with us, initially mentioned that Tokyo was one of his favorite trips as a child, and that is when our interest grew for Tokyo. We knew that we wanted to go, but we did not know which weekend.

The week of the fourth of July, John and I had decided to go to Argentina, but then Ann mentioned that she wanted to go to Tokyo. We were a little hesitant since there were only seven open seats available on the way back. However, we decided that we would take a chance for a trip of a lifetime. 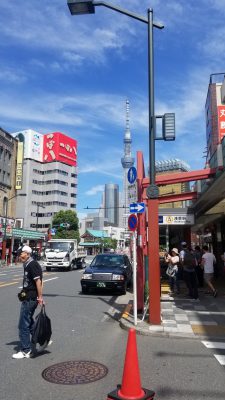 When you applied to Envoy, were the travel privileges a big draw to the company?

Ann: Absolutely! Being able to travel with flight privileges allows me to visit more places that I couldn’t have before.

Angela: When I applied to Envoy, I had no idea that I would be getting travel privileges. I was really interested in learning about the company through an internship. However, when they informed me about the travel privileges, I was extremely excited and thankful.

What did you think about the city, people, culture, food, etc.?

Angela: We had the opportunity to go to a festival and experience their culture a little. We also had street food that we had never tried before. Everyone was really nice and helpful.

Ann: The city is a great mix of tradition and modernity. It’s easy to go from temples and festivals to technology. The people are incredibly nice and helpful, and there’s always lots of street food. Tokyo is definitely a city I have to visit again to get the full experience! 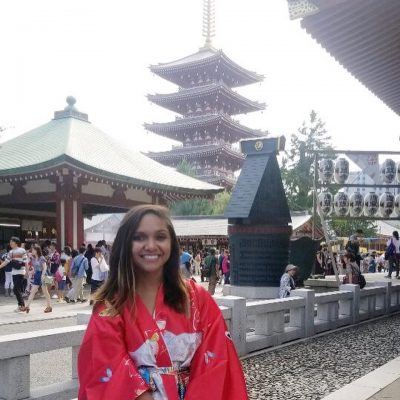 What was your favorite part of the trip?

Angela: My favorite part was wearing a yukata kimono while walking around the city and visiting the Sensoji Temple.

(Angela pictured left in her kimono.)

Ann: My favorite part of the trip was shopping for a kimono in the temple marketplace. It was such a great experience trying on different ones and finding a favorite. I like it so much that I wear my kimono in my apartment!

What was the most unexpected part of the journey?

Angela: We went with no plans or expectations, but I was surprised that everything worked out. We had a great time and made it back to work on Monday, which was pretty amazing!

Ann: For me, the most unexpected part was how well connected the city was via public transportation. It took some time for us to figure out, but afterwards it was super easy to use. 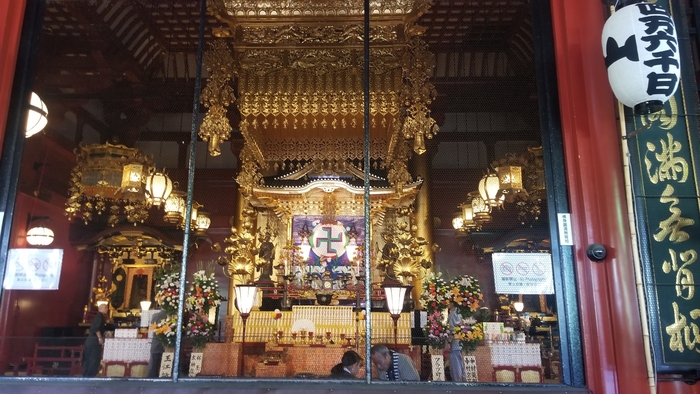 Did you all know each other before the internship, or have you become friends since then?

Angela: We became friends through the internship, and now we’re travel buddies!

Any plans for more trips in the future?

Angela: Yes! I plan to go to Honduras, Hawaii, and Europe.

Ann: I will be going to New York this weekend to visit family and I hope to do a Europe trip later in the summer.