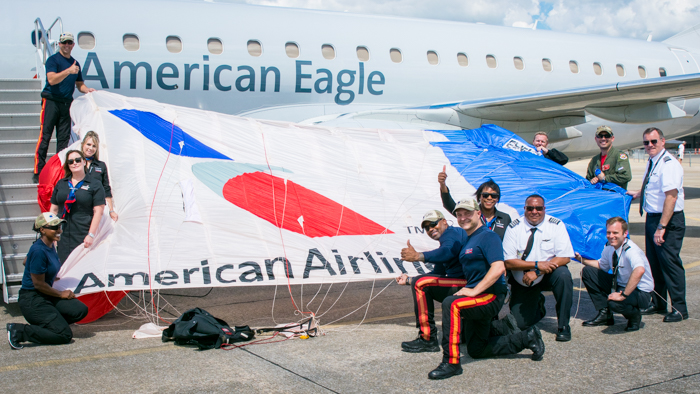 From a mile away, a sound like cracking lightning began roaring louder and louder to a crescendo of a thunderous boom. All eyes turned toward the F-16 Fighting Falcon piercing through the clear, blue sky over Dannelly Field Air National Guard Base.

In the sweltering Alabama heat, thousands of aviators and aviation enthusiasts gathered to take in the glory of the Red Tails Over Montgomery Air Show, and to get up close with the marvelous flying machines that some can only dream to fly.

As part of its continuing support for our country’s military and veterans, Envoy was also part of the air show with a static display of the Embraer 175. For two days, on September 7 and 8, a crew of three Envoy pilots and three flight attendants gave a tour of the aircraft, from the cabin to the galleys to the flight deck. 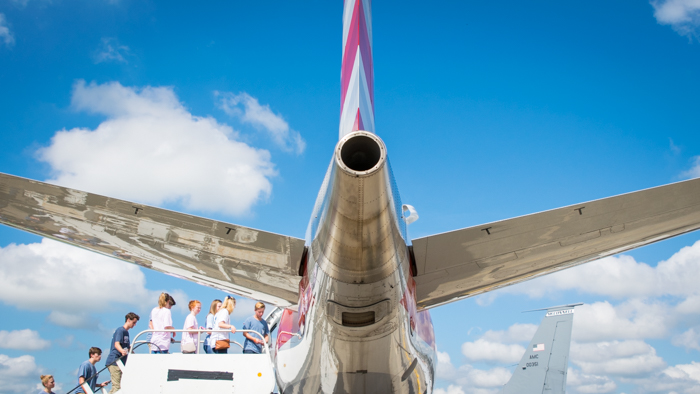 One after another, thousands of attendees walked down the aisle, sat in the first class cabin and picked up a few cookies along the way. Many who passed through remarked how it was their first time aboard a commercial aircraft, and were eager to take a flight of their own.

Over the loudspeaker, the air show emcee revved up the crowd as he announced the next acts. Taxiing across the tarmac and onto the runway, a bright green and purple carbon-fiber plane took its position before taking off into a spectacular array of aerobatics that seemed to defy the law of physics.

Throughout the day, there were paratroopers showing off their precision landings, a taildragger landing on top of a moving truck, Marine A-4 Skyhawks performing tight barrel rolls, Red Tail F-16s from the 187th Fighter Wing demonstrating tactical ground-support missions, and – best of all – the F-22 Raptor, in all its glory, slicing through the sky with the greatest of ease. 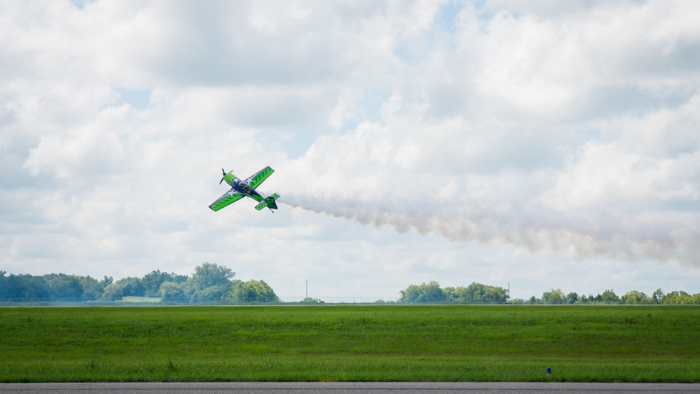 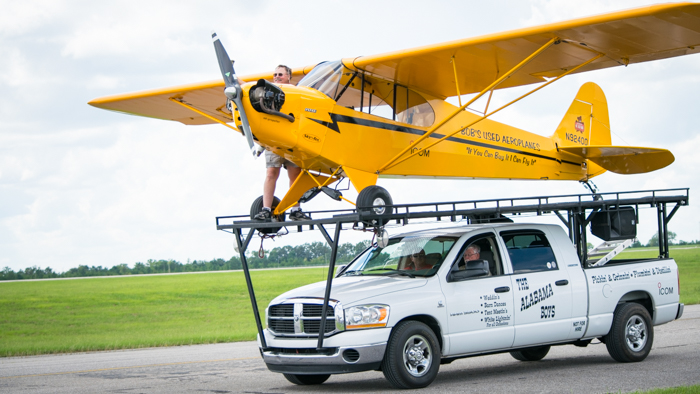 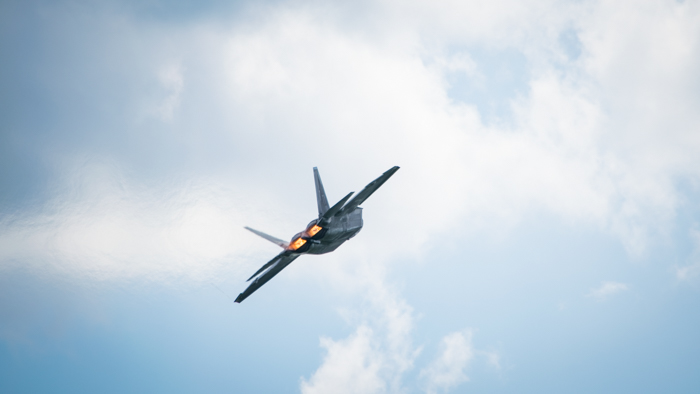 “The sound of freedom”

On the ground, a Red Tail P-51 Mustang and a B-17 Flying Fortress were on display to pay homage to the Tuskegee Airmen who escorted B-17 bombers to great success during World War II. Like swarms of bees to mighty flowers, air show attendees got to touch and experience the iconic aircraft of the U.S. Military, like the C-130 Hercules and KC-135 Stratotanker. 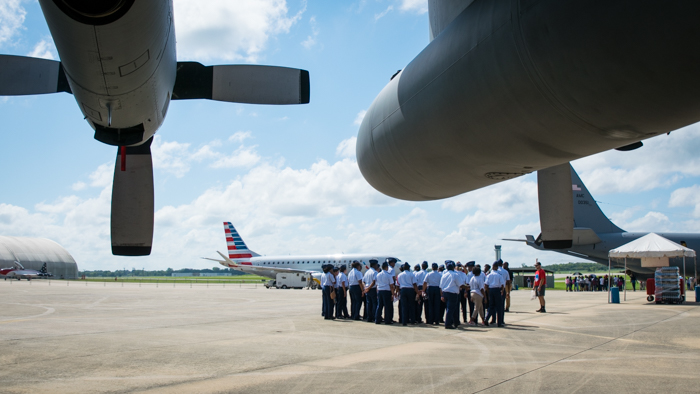 Whether a Junior ROTC cadet or a general aviation enthusiast, the common thread weaving through the crowd was their love and respect for our country and the men and women who serve in the military to keep us safe. There was no shortage of American flags, salutes to passing guardsmen or hands-on-hearts during the National Anthem. 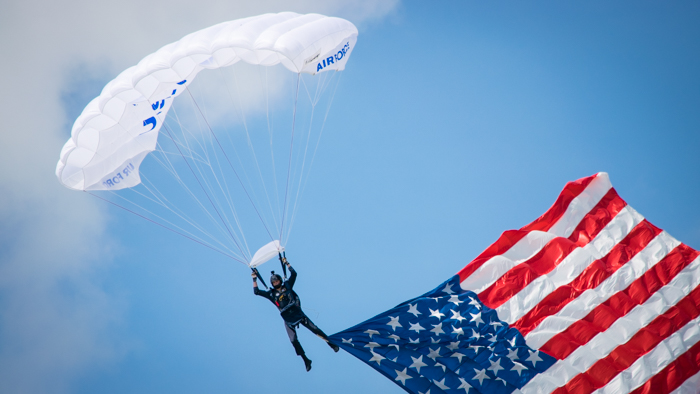 “We had the best vantage point for the air show and as each jet flew over, the sound of freedom was felt by all of us.” said Envoy First Officer Jim Davis. “I’m proud to fly for Envoy knowing that it takes amazing care of its veterans and supports military initiatives alongside American Airlines.”

We’d like to thank the men and women at Dannelly Field who helped guide our plane, hooked us up with power and cool air, and for serving our country on a daily basis. Also, to the Envoy crew who attended the event and made it a special day for everyone involved, thank you: Captain Kyle Brantley and First Officer Jim Davis; Flight Attendants Elizabeth Bustamante, Alicia Morris and Jennifer Psota; and pilot recruiter First Officer Tyler Bridge.