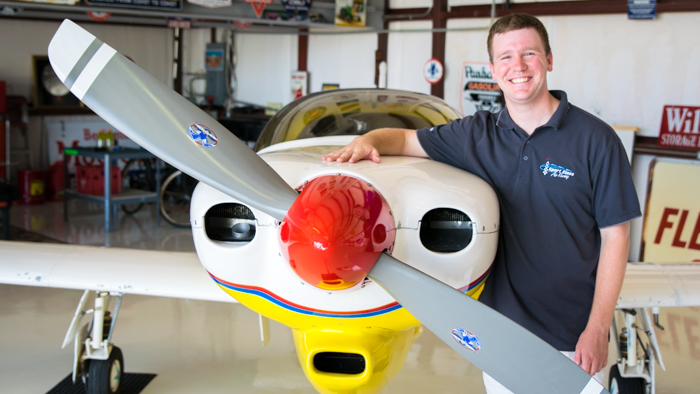 Before he could even drive a car, he could fly a plane.

On his sixteenth birthday, Envoy First Officer Paul Downing soloed his first flight. At this point in his young life, flying planes was old hat, like riding a bike or tying his shoes.

“My very first memories are of my dad sitting me on a stack of pillows and giving me instructions on how to fly,” said Paul. “Growing up around airplanes, I always knew I’d work on or fly planes for a living.”

Now 24, Paul has been flying with Envoy since March 2017 and for the first time in his life, raced at this year’s Reno Air Race. With the help of his friends and family, he was able to explore yet another aspect of his lifelong passion for flying airplanes.

Start of the climb 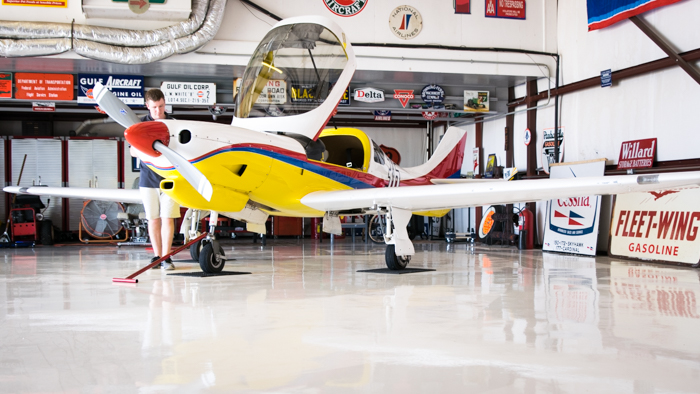 Paul’s father Gregg Downing has been the airport manager at Guymon Municipal Airport in Oklahoma since Paul was a child. Whether he was helping to maintain the planes, gas them up or tagging along for test rides, Paul was constantly surrounded by aviation.

Paul and his dad share a passion for vintage planes, and have been attending air shows since Paul can remember. Together they fly a WWII-era Beechcraft Model 18, and often take it to air shows to sell rides in the twin-tail, low-wing aircraft.

“I love flying that thing,” said Paul about the Beech 18. “You have to manhandle the controls, be extra aware of crosswinds, and be ready for any challenge it throws at you. But that’s what makes it so fun to fly!” 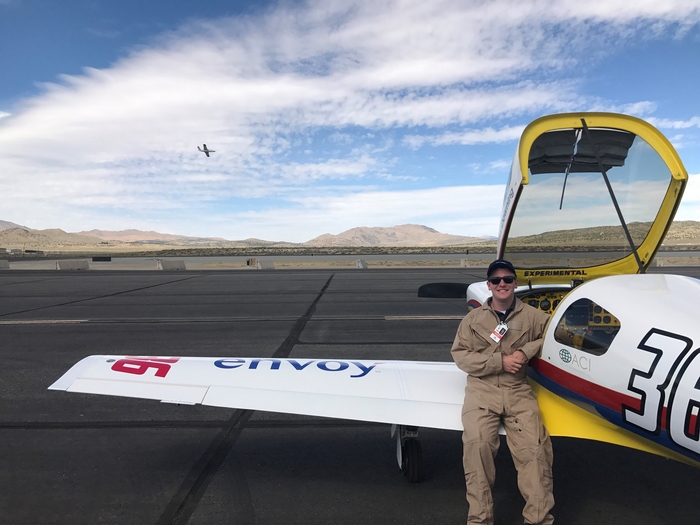 A self-proclaimed AvGeek, Paul took his skills and passion to Oklahoma State University where he was the captain of the flight team for their National Intercollegiate Flying Association competitions. That’s where Paul said his competitive spirit began as a pilot, and led him to air racing.

When he received his sign-on bonus at Envoy – and being the avid aviator he is – Paul spent most of it on a Lanceair 360 painted with the number 36, ready to race. The flashy, agile plane has the same engine as a Cessna Skyhawk, but because of its aerodynamics flies up to twice as fast, Paul said.

This spring, Paul took his new plane to pylon racing school in Reno where he learned the fundamentals of formation flying.

“I quickly learned that racing is formation flying, just not in cooperation,” said Paul. “I would be flying in tight formation with another pilot, but couldn’t quite get past him. Suddenly it hit me, we’re racing! I’m in Reno and I’m racing a plane. There’s nothing like it.” 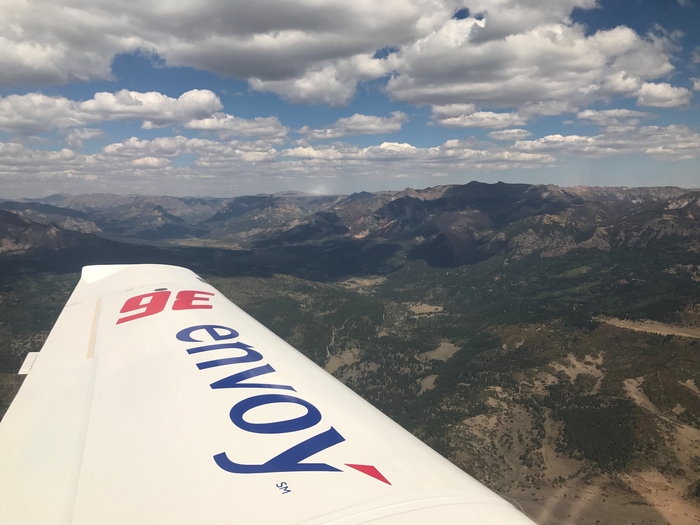 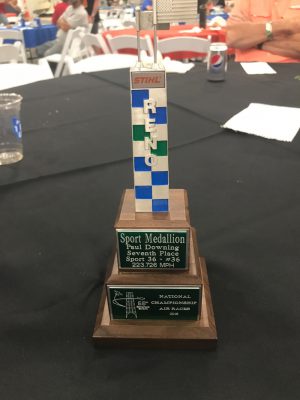 Before he knew it, it was race day and Paul was set to take on the pylons. He flew like he wanted to – smooth, on a good line and level. “Smooth is fast and fast is smooth,” he said.

However smooth he flew, other’s planes flew faster. He officially placed seventh with a top speed of 223.7 mph, but had a great time doing it.

Back in Chicago, Paul traded in his full-body racing suit for his Envoy uniform, and swapped his Lanceair for a CRJ-700. No matter the time or place, if he’s flying, Paul is right where he wants to be.

Love what you do 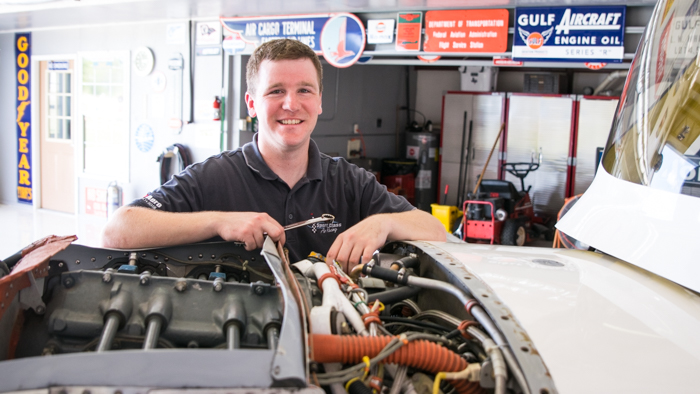 As a First Officer, Paul is still learning a lot from the Captains at Envoy who understand the importance of passing down knowledge of the plane and the airline. Paul said that he’s always encouraged by his Captains to be an exceptional leader, and gets a kick out of their excitement to flow to American Airlines.

Yet, in the meantime, Paul is enjoying the journey at Envoy, and is humbled by his fortune to pursue his childhood dreams.

“It’s crazy to me that I get paid to fly big planes to make money for my little plane,” said Paul. “I’m so lucky that my job is also my hobby. I never would’ve imagined I’d have it this good.”

Click here to view photos from Paul’s hangar and the race!