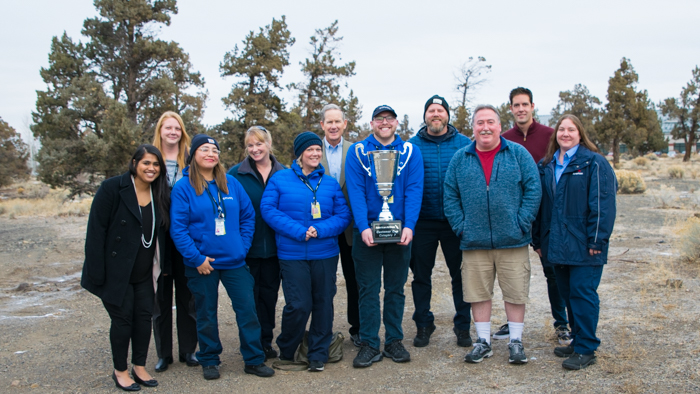 The Envoy breakroom at Redmond Municipal Airport (RDM) is so small it can fit inside an overhead bin. Okay, maybe not that small, but it’s definitely an intimate space.

However tight a fit it may be, the RDM team has embraced it as a means to bring them closer together – figuratively and literally. In such close quarters, the jokes are funnier, the laughs are heartier, the bonds are stronger; and it’s a big reason why they’ve achieved such success this year.

For the second time in 2018, the RDM team won the American Airlines Customer Cup, which awards stations for outstanding performance and customer service. If you ask any agent in RDM about their recipe for success, they’ll tell you the main ingredient is confidence.

“We’re a small crew that have worked together for over a year,” said Station Agent Dakota Weeda. “We have two fantastic leads that keep the group glued together. Eventually, we got into a groove with the flight schedule we have, and everyone is on the same page.”

Dakota, who owns a dance studio and also wants to become a pilot, has been with Envoy at RDM since July 2017. Since then, Envoy has handled two flight turns a day coming and going from Los Angeles and Phoenix.

Up to the challenge 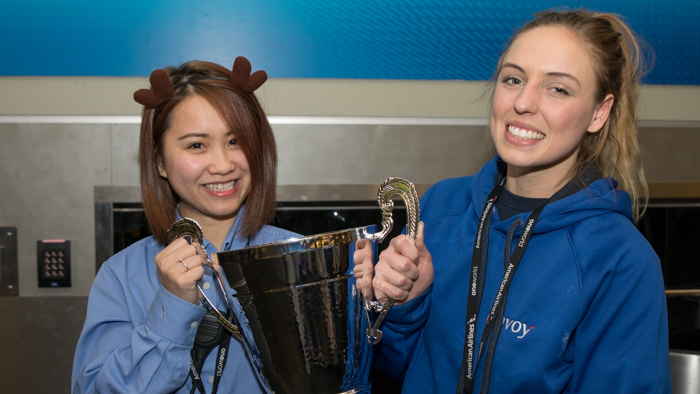 However, RDM will begin servicing a third flight on the Embraer 175 in the near future. The newly appointed general manager, Stephanie Marvel, said she’s excited to begin training her team on the aircraft.

“It’s my goal to have every agent trained to be cross-functional, meaning they work in the terminal and on the ramp,” said Stephanie. “Since I started nine months ago, I’ve felt really welcomed by this team. They’re like a little, self-sufficient family that can run this airport by themselves. I’m so happy to be here!”

With more flights on their plate, there’s no doubt that Team RDM is up to the challenge. Station Agent Lynn Rairigh, a former nursing assistant, said she expects great things in the future including more Customer Cup wins.

“We know we can win more,” said Lynn. “We work together well because we communicate and realize that it takes more than one person – you need a team.”

Here’s to Team RDM, their hard-working efforts and their incredible confidence to be the best of the best!

Click here to view all the photos from the RDM Customer Cup!

« ‘Tis the season for giving back
A second chance to shine, Envoy manager advances career »