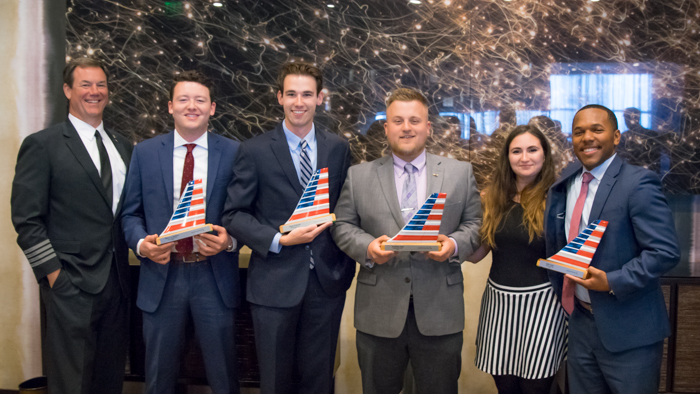 Nine cadets – including four from Envoy – were selected based on feedback from their peers, recruiters and partner schools, and each received a personalized trophy as a token of appreciation.

In attendance at the award luncheon was Captain Robert Neider, Envoy Director of Line Flight Operations, and Marie Didonna, Envoy Cadet Program Manager, who congratulated the Distinguished Cadets and shared some of why they think they deserve the award.

And the awards go to… 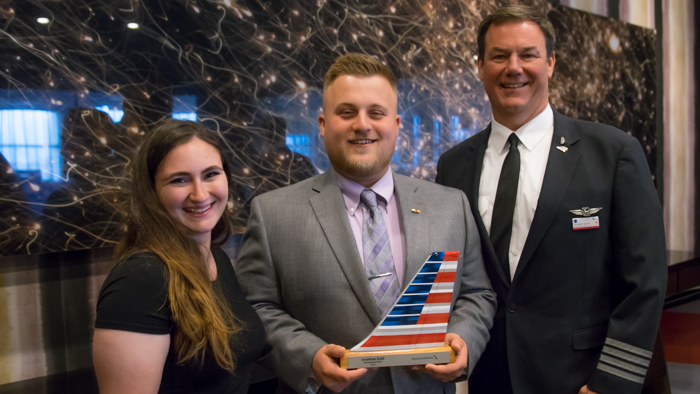 “Envoy is so lucky to have so many Cadets who go the extra mile in their everyday life, setting themselves apart from the good to become the great,” said Marie. “Jonathan is a prime example of a Cadet who has taken those steps to be great. His passion for aviation is a refreshing charge among this new generation of pilots. He leads students to success efficiently and with care. He’s a valued student, instructor, and colleague.” 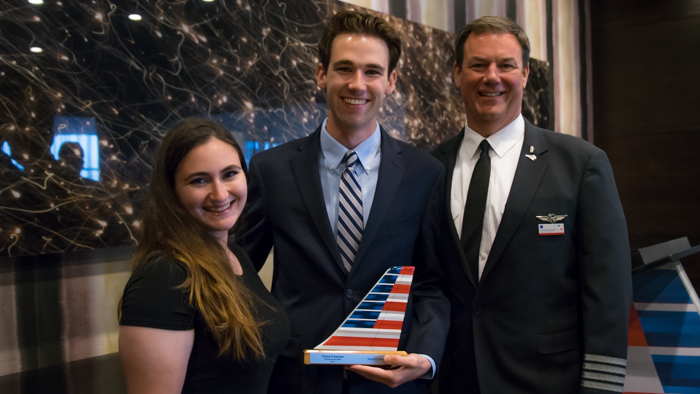 “Chase was always respectful, kind, and an absolute treasure to work with,” said Marie. “After talking to the Chief and Assistant Chief over at Auburn, it seemed that Chase was the unanimous choice. Both saying that he is skilled, dedicated, and meticulous in his every step. We’re lucky to know that within the next year or so, Chase will be wearing the Envoy uniform, and making the same impact on the line.” 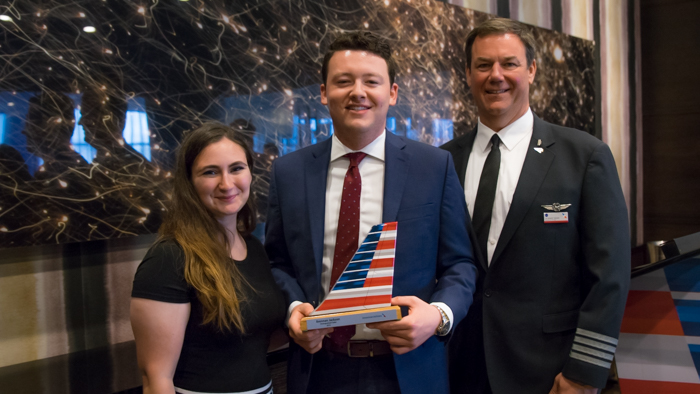 “Being Co-Captain of the Flying Sooners team, Brennan is a mentor to so many,” said Marie. “Because of that, he is a perfect representation of the Cadet and pilot we want at Envoy. Ken, who is the Director of the Aviation program, says he’s also an outstanding representative of OU, always thinking outwardly in how to better his students, the program, the university and himself.” 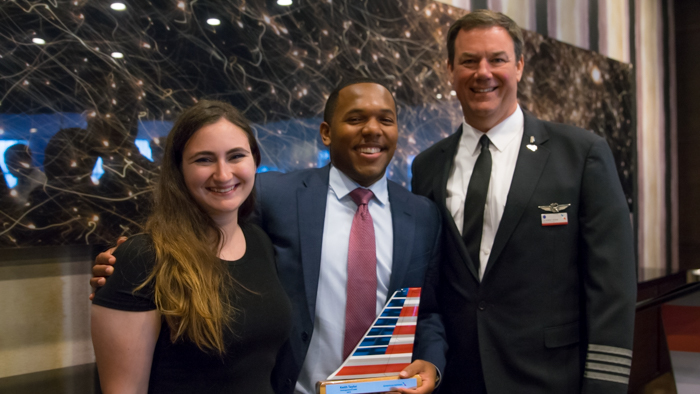 “Being the first of many, Keith recently graduated from the American Airlines Cadet Academy and was the first Cadet from the program to be hired at a regional,” said Marie. “Keith has a sense of enthusiasm that strikes inspiration to everyone he speaks to. He’s accomplished so much in such a short time, but has the wisdom and insight of an elder.”

Click here to view all of the photos from the event