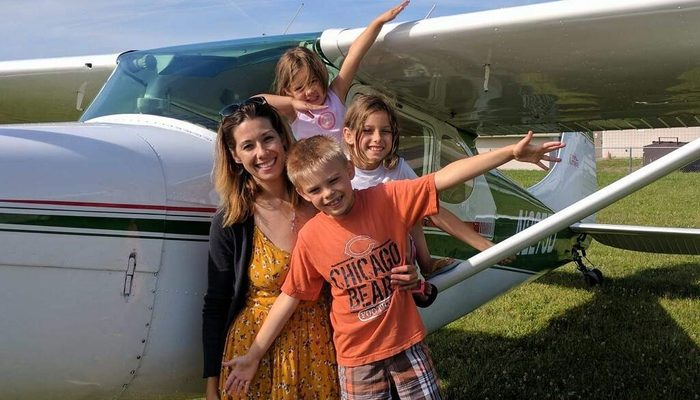 Just like a spectacular sunrise or a crashing ocean wave, each one may look similar but they are unique in many ways. The same can be said about a pilot.

Yes, they might wear the same uniform and have a penchant for systematic thinking, but no two pilots are exactly the same. Envoy First Officer Marissa Colclasure is not your typical pilot, and not your typical woman for that matter.

She’s a single mother of three, a skydiver and wing walker, and the daughter of a father that passed away too soon. As a pilot, she leans more toward a Type B personality with a strong favoring of emotional intelligence over systemic knowledge.

She doesn’t log hours, she logs adventures. In fact, you can see all of her adventures with her three little copilots on her Instagram page @barefoot_flying_mom.

Lucky for us, Marissa was kind enough to give us a little peek of her life as a “single-mama pilot” and what it means to fly and continue her father’s legacy. Read her interview below!

For the love of the skies 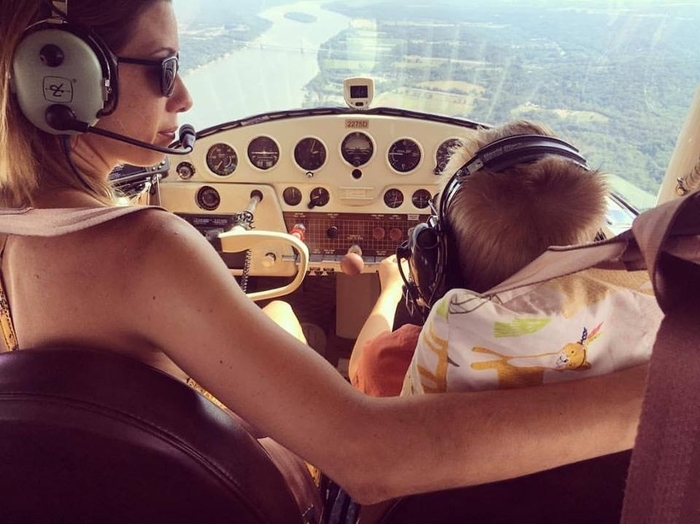 Describe the feeling during your discovery flight.
My discovery flight was all throughout my childhood. My dad was a pilot at a flight school and he would often take us flying.

Although, I didn’t realize as a kid that we didn’t own all the planes at the flight school. I thought we had access to all these amazing birds and we were caretakers.

After the loss of your father, did you continue to fly for him?
No. I have always known that I, me, Marissa, wanted to fly for me. But, I will say that each step and certification through my flight training was probably the closest thing to therapy I could think of.

It’s very much a closing of a chapter. I know that he’s with me when I fly.

What is a lesson you learned from him that still sticks with you today?
The journey is the destination. That played such a huge part of how I see life; life was already magical.

I didn’t have to “build time,” because I was an adventurer and I still am. Some pilots view their flight hours as these ticks and numbers on a logbook, and I see my logbook as pages of wildly romantic adventures with the sky. 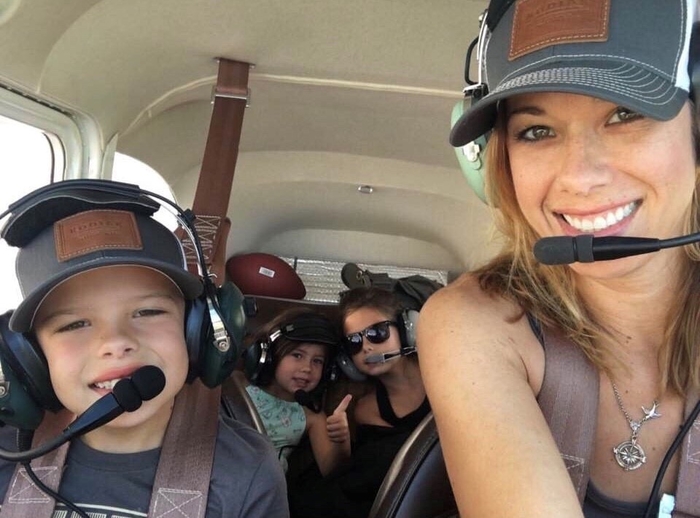 Do your children inspire you as an airline pilot?
My kids are most definitely my biggest supporters. I stopped flying for years and worked as an airline dispatcher, thinking it was the safe choice as a single parent.

I didn’t realize how wrong I was until I went flying and my children were there to watch me. Then, I began instructing again, and flew all three of them.

We’d go flying to grass strips just to play football or baseball. They see the sacrifices I make, but I also see the sacrifices they make too; to be strong and independent when I am gone. They are my inspiration and my favorite adventurers.

Even though you go on trips where you won’t see your kids for a few days, do you feel lucky that, on the other hand, you get a chunk of time to be with them all day? As opposed to a 9 to 5 job?
I actually see my kids more than if I had a 9 to 5 job. I can volunteer at their schools or go on field trips, be there for all the sports and running around. I feel like flying gave them their mom back.

You’ve skydived (over 300 times) and there’s video of you wing-walking; do you consider yourself a daredevil?
No, I do not see myself as a daredevil. I’m afraid of heights. I’d be the last to jump off any rocks.

I trust flying, I trust the wind. For me, I feel there is a symphony in the sky. Sunsets, sunrises – almost like you can hear ancient sky music, and I feel safe. 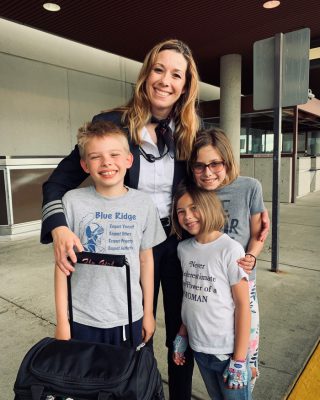 What did you think about Envoy First Officer training in comparison to your previous airline training?
The Envoy training was very streamlined and very efficient. Start to finish was 60 days from Indoctrination to check-ride. I was also able to do lessons from home, so I spent minimal time away from my kids.

I’ve never had such a positive experience in something like that. I was making dinner and doing science projects with my kiddos while studying. I’d say that’s a pretty family-friendly setup.

I felt like Envoy Training was more of a coach mentality. The instructors come alongside you and encourage you, rather than ‘this is just how we do things here.’

Do you feel having a good balance of Emotional Intelligence and Aviation Intelligence makes you a different kind of airline pilot?
I believe flying is an emotional thing. I’ve flown through being afraid, or happy or sad, crying great joy.

My dad passed away in a plane crash when I was 12 years old, but I still flew the sister-ship at the same airport years later and flew the same route as his last flight.

There was a nod and some tears with an ‘I still miss you, Pops’ on that takeoff.

What advice would you give to a single parent thinking about become an airline pilot?
Do it. Heck, I’d say that to every parent. For pilots who think irregular operations in bad weather or delays is hectic, try being a parent – or both.