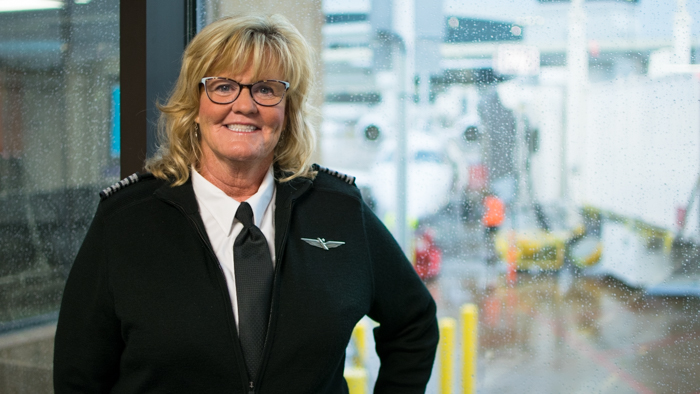 But when you meet Anne, you can’t help but think that you’re in exceptionally rare company. Her smile is bright, her energy is lively, but most of all, her ability to lead is magnetic.

Earlier this year, Anne, who has been a pilot with American Eagle and Envoy for more than 20 years, was named Chief Pilot of our Dallas-Fort Worth crew base. Her experience as a pilot, her history working in the Chief Pilot’s office as an administrator, and her excellent reputation as a leader made Anne a perfect fit for the position.

“My goal as Chief Pilot is to simply help our pilots,” said Anne. “My door is always open for anyone who wants to just chit chat, or needs someone to talk to and work through any work or personal issues. I understand that life can get stressful, so I take it as my responsibility to help ease some of that as much as I can.” 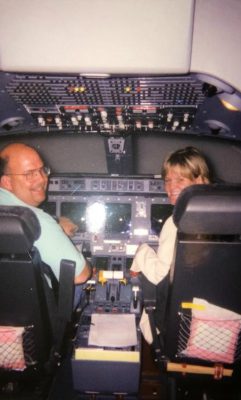 Anne’s helping nature is what initially drew her to a teaching career before she ever even thought about flying planes. A native Michiganian, Anne attended Central Michigan University where she pursued a degree in teaching, with the hope of becoming a K-12 teacher.

Anne said she loved teaching children, interacting with their parents and other teachers, but just never got the feeling that it was her destiny to be teacher for the rest of her life. That’s when the ever-present Flying Bug nudged Anne toward life as a pilot.

In fact, the option of a pilot career was always hovering around Anne considering she grew up around aviation with her father flying as a corporate pilot for General Motors. She frequently joined her father on his trips flying around in King Airs, Convairs and Gulfstreams, which ultimately convinced Anne that she too wanted to be a pilot.

“I just thought that if my dad could do it, then I could do it, too,” Anne said. “After my discovery flight, I thought, well this is easy. I was a natural!”

So, in 1992, Anne shipped out to Florida where she took an accelerated pilot’s course at Comair Aviation Academy. After earning the necessary certifications, Anne worked as a Certified Flight Instructor in Michigan and in Florida to obtain enough hours to begin her career as a First Officer in 1997 with Business Express, a predecessor of American Eagle and Envoy.

“Do your thing. Do it safely.”

Fast forward to today, and Anne is as happy as can be. She’s a Captain on the Embraer 140/45, a Chief Pilot and a role model for young girls who dream of flying.

“Nowadays, there’s nothing holding back young girls and women from becoming airline pilots,” Anne said. “Between scholarships, organizations like Women in Aviation and support groups, there’s a ton of resources to get them on track. If you have the dream, I say just go for it.”

Growing up with brothers and working with men in the airline industry, Anne said she always wanted to be her best and prove herself as an equal. Whenever she faced negativity, Anne kept her cool and just focused on the task at hand.

“It’s important for women in this industry not to react to any negativity,” Anne said. “All that matters is that we’re doing our job well and right. Just keep doing your thing, and doing it safely.”

Right where she needs to be 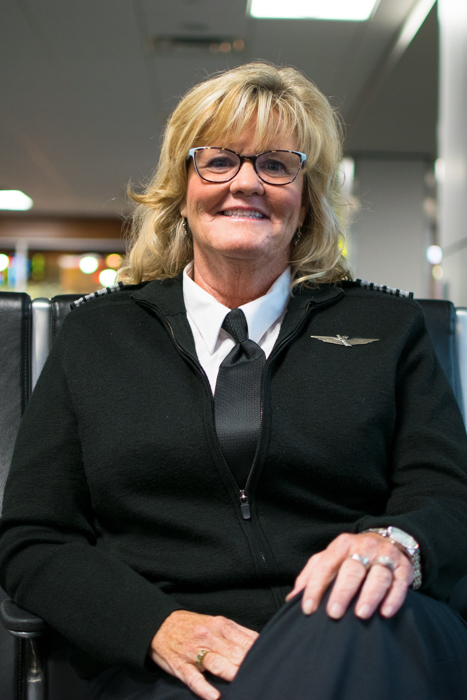 Following her own advice, Anne has consistently performed at her best. She still likes to get out and fly, and work with our great crews. As Chief Pilot, it gives her a good perspective of how things operate on the ground level.

The most rewarding aspect of her role as Chief Pilot is working with the “great team at DFW,” Anne said.

“Meeting managers in other departments, from the ramp to the operations tower, has been eye opening for me,” she said. “The teamwork is sensational. They’re always open to suggestions, they communicate and are always willing to try something new. They’re all game changers.”

Anne hopes more pilots get to experience Envoy and the great teams we have throughout the system. Based on Envoy’s great safety record, a training department that is “second to none,” a growing fleet and excellent maintenance, its flow-thru program to American Airlines, and a culture that is centered on teamwork, Anne said that choosing Envoy is a wise decision.

From pups to hogs 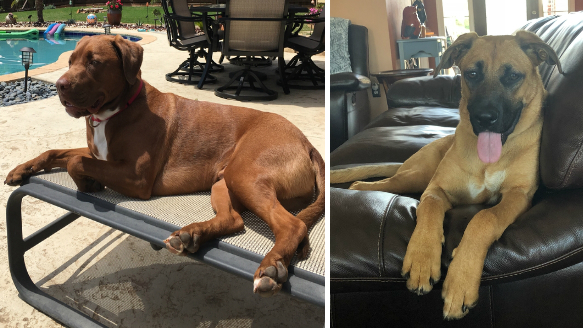 Outside of Envoy, but not far from the airport in Denton, TX, Anne lives a humble lifestyle in the country with her life-partner Dan and two dogs, Rudder and Aileron, or Ally for short. Yet, Anne remains close to fast machines – Harley-Davidson motorcycles to be exact.

“Planes and motorcycles go hand in hand,” said Anne. “I love being in control and going fast. I think most pilots have the need for speed and a thirst for adventure. Riding a Harley and being outdoors is like the best of both worlds.” 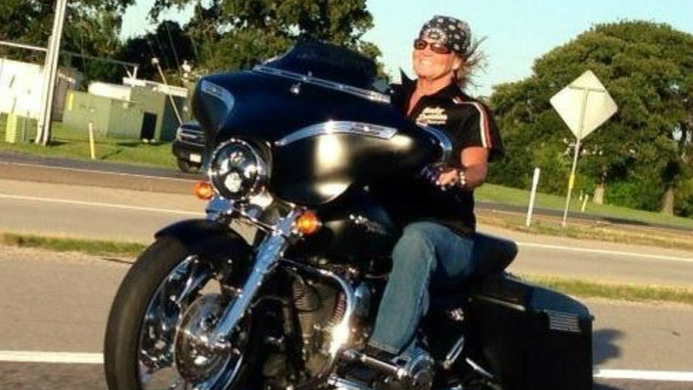 Okay, maybe Anne, with her burly chopper and bandana, pushed the envelope of modesty. Yet, in the Chief Pilot’s Office, Anne will continue to be the model of consistency and sensibility as the leader of DFW pilots.