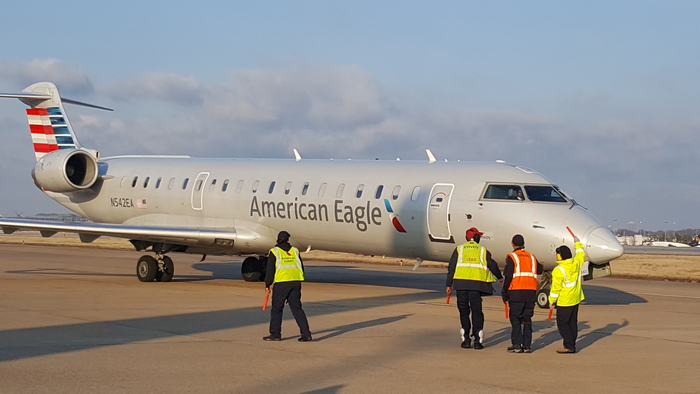 As we say a fond farewell to Bombardier’s Canadair 700 (CRJ-700) from our fleet, we’d like to reflect on what the aircraft has meant for Envoy and how it came to be a strong, reliable jet for our operation.

In 2001, back when Envoy was American Eagle Airlines, we brought the CRJ-700 into our fleet beginning with 25 jets. Captain Ric Wilson, now Envoy Vice President of Flight Operations, was the first pilot to be Type-Rated on the CRJ-700 and, as the Fleet Captain at the time, went on to author the initial operating procedures and checklists for flying the CRJ-700.

“From its advanced auto-flight systems to its high performance, the CRJ-700 was well known as the real sports car of the regional jet market, and it was an absolute dream to fly,” said Ric. “So it is understandable that the CRJ-700 holds a very special place in my airline career.” 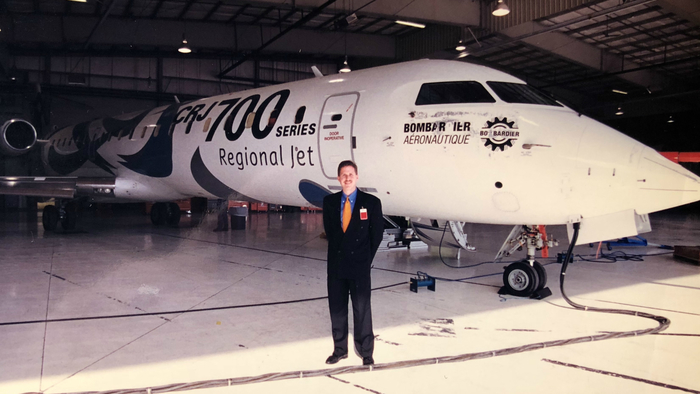 Ric Wilson at the Bombardier Facilities in Montreal, Canada.

As part of the airline’s strategy to grow with the times and stay competitive in the reginal airline market, the CRJ-700 was a perfect fit of reliable performance and first-class capabilities that not only pleased our customers but also our operation as a whole.

“The CRJ-700 was a part of the continuing evolution toward more spacious, comfortable and capable aircraft from Envoy’s more humble beginnings,” said Dee Temples, Envoy Senior Vice President of Air Operations. “In terms of speed, it remains the fastest airplane to ever fly under the American Eagle banner.” 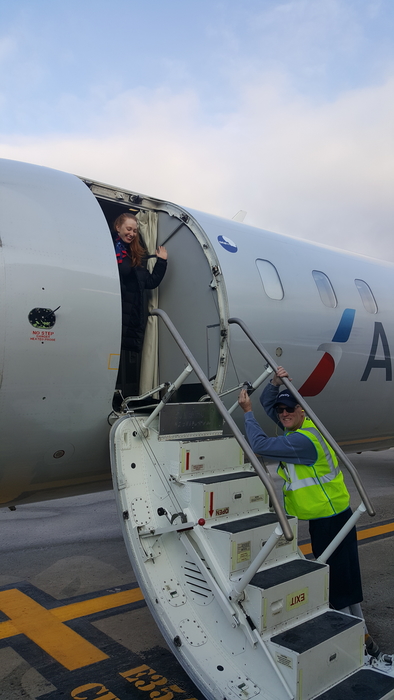 Now, nearly 19 years later, we say goodbye to the CRJ-700 as it flew its last revenue flight for Envoy on Dec. 6 from Memphis to Chicago O’Hare. Or, actually, that would have been the last flight for the jet, had it not been pulled in to a last-minute flight from Chicago to Marquette, Mich., the very next day.

And that’s really a testament to the reliability of the CRJ-700 over the years – it was still counted on to serve our customers up until the very last minute. Now, it will have its final heavy check and maintenance before being transferred to another wholly-owned American Eagle operator.

Captain Eric Hinz, Envoy CRJ-700 Fleet Manager, flew the CRJ series for over ten years and said that his favorite part of the jet simply was how it flew.

Photo: Closing the door on the final flight for the CRJ in Memphis

“My favorite part of flying the aircraft was the handling and range,” said Eric. “The CRJ-700s are a pleasure to hand fly, and to be able to fly coast-to-coast, to Canada, Mexico, and the Bahamas, was a fabulous experience.”

While it’s bittersweet to see a member of the fleet go, there’s also a building excitement, knowing that we now have an all-Embraer fleet. With the Embraer 140/45s operating as the backbone of the company, and continually bringing in new, larger Embraer 175s as our flagship aircraft, we’re positioned to maintain the same range, reliability and comfort of the CRJ-700. 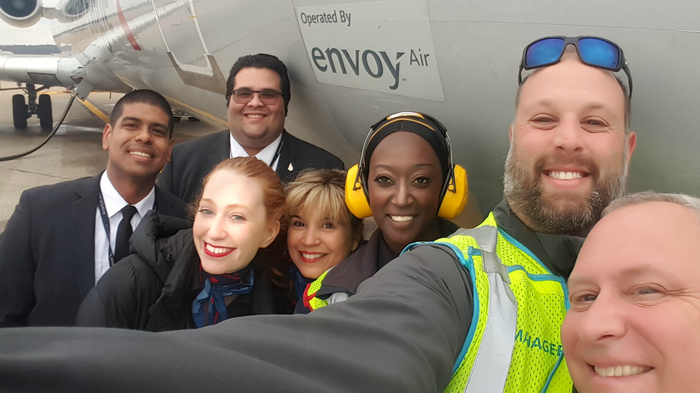 Envoy flight and ground crews in Memphis take a selfie before the final CRJ flight.

“Envoy is positioned for a terrific future,” said Eric.  “With two fleet types, both from Embraer, many aspects of training, operations and maintenance will be simplified. But, with the new E175s coming to Envoy, it will be easy to replace any nostalgic feelings with that new-aircraft smell.”

After almost two decades with the CRJ-700, we’re sad to see it go. But in this ever-evolving industry, we’re looking forward to the future and continuing our place as the most innovative and best regional airline in the world.

« Home for the holidays: Capt. Daren Wilde and Skylar Wilde
Video: Envoy agent gives back and pays it forward »