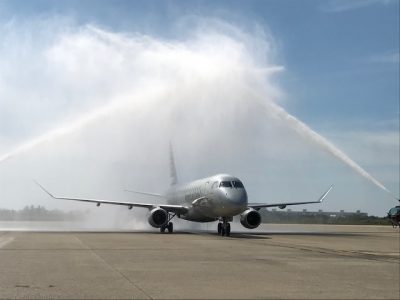 Upon arrival in both ACA and HUX, both aircraft were greeted with water cannon salutes and welcoming ceremonies to mark the start of the new service. Authorities from state government, airport officials, and representatives from Envoy and American were on hand to join in the ceremonies and ensure that these first flights were a success.

With these two new routes, American now serves 24 destinations in Mexico, allowing cities across the country to enjoy access to more than 200 destinations out of American’s DFW hub.

Thank you to everyone who made this week’s inaugural flights a success!