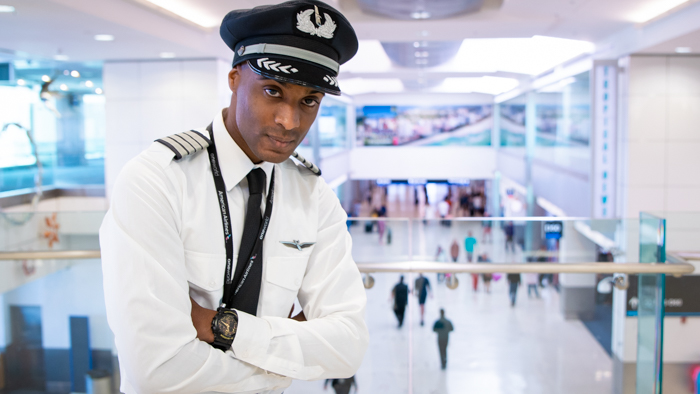 Making your dream a reality is no easy feat. It takes dedication, hard work and a network of support.

“The way that I got bit by the flying bug probably started when I was about three years old,” Anselm said. “I used to travel a lot to see my family in Jamaica and Orlando, so I was in the airport seeing all different types of aircraft. By the time I could speak, I could name off a good portion of the aircraft.”

In 2009, when Anselm was working his first job at a restaurant in New Jersey, he got his first taste of flight gifted to him by the owner of the restaurant. Soon after, the owner – a commercial pilot himself – became the support Anselm needed to fulfill his dream, and offered to pay for his flight training school. 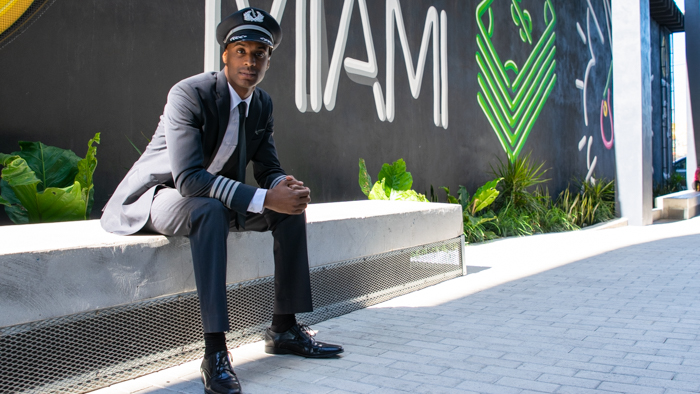 He quickly began training in Florida at Flight Safety Academy and worked hard to rack up his flight hours flight instructing in Melbourne, Florida while also flying skydivers in Tampa. Then, he got word from a high school friend of his, former Envoy pilot Rick Thompson, that Anselm should look into flying for Envoy.

Rick, who flowed to American last year, sold Anselm on the very fact that with the flow to American, he’d only have one interview for the rest of his career.

“I was really excited (about the flow to American), because that allows for future progress for going into the mainline, which is my goal at the end of the day,” he said.

By 2016, Anselm was in First Officer training at Envoy and has already upgraded to Captain based in Miami on the Embraer 140/45.

“I love the pilot life, because of the responsibilities, the places you go and the people I work with,” said Anselm. “Envoy is like a little family and I’m always meeting new and interesting people.” 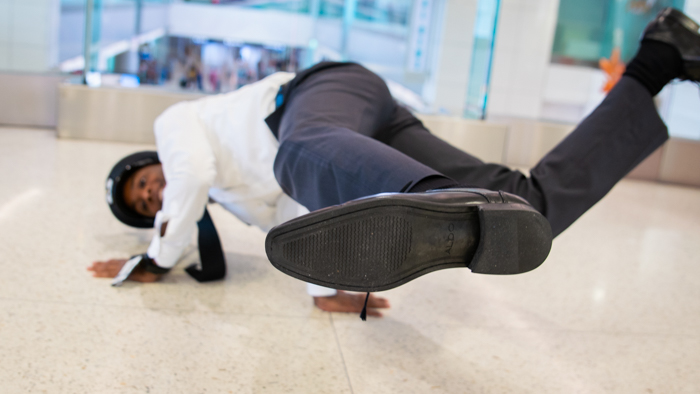 Outside of work, Anselm – in this case, Ace Boogie – spends much of his time dancing with a pop n’ lock crew based out of Tampa; the Soul Konnection Crew. It was a passion of his since high school, and he continues to work on his craft because it’s fun and, well, he’s really good at it.

Anselm hopes that in a few years he’ll be dancing his way to American Airlines, and continue working toward his lifelong dream of flying for a mainline carrier.

“I still think about (my childhood dream of becoming a pilot),” said Anselm. “I can’t believe this is really happening.”