Those on the outside of aviation looking at our employees in customer service, maintenance, flight crews and beyond, aren’t always seeing the full story. Each person that calls aviation their home is just that, a person, a human with more than just a job to do.

The most important and valuable part of what we do is connect people to people. At Envoy, it’s the family-feel and teamwork that accomplishes that connection on a human level.

When Envoy Flight Attendant Markquise Carter boarded his seemingly normal flight, he noticed that one of his passengers was having a not-so-normal day. The visibly upset passenger told Markquise that their loved one was in the hospital in critical condition, but felt powerless knowing they still had a connecting flight out of Dallas-Fort Worth Airport before getting to their family member in time.

Everything in their power 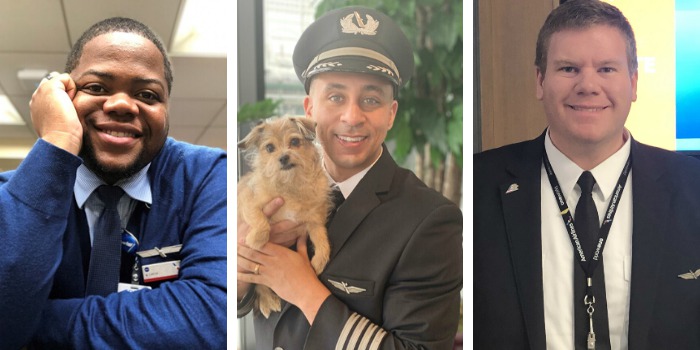 Markquise had only one option to help the passenger, he relayed the information to the flight crew and they took it from there. Luckily, but not so surprisingly, two compassionate and sympathetic pilots sat just behind the flight deck door.

“My family experienced a similar tragedy, so in an instant, I connected with the pains and uncertainty of the passenger,” said Envoy Captain Ahmet Ismailoglu. “I wanted to do everything I could so they wouldn’t have to go through the same hardships we went through.”

Waiting to depart for DFW, Ahmet did something rare – he told Air Traffic Control that they were unable to accept a delay. While the safety of the flight and its passengers is always paramount, the ATC controller worked to accommodate their request as soon as they learned the situation onboard their aircraft.

From there on, each controller and dispatcher knew of their flight’s situation and handled them with urgency, according to Ahmet. The flight to DFW is normally an hour-long flight, but Ahmet said they were able to make it in 35 minutes.

Ahmet’s co-pilot, First Officer Matt Holloway, played a huge part in keeping the communication lines open and efficient. A former medical evacuation pilot, Matt spoke “with the tempo of an auctioneer whose expeditious precision was personified that day,” said Ahmet.

“Aligning the stars and moon”

Now at DFW, Envoy Operations, who coordinate our flights’ arrival and departure gates, quickly changed the arrival gate from Terminal E to Terminal B – to the gate directly next to the passenger’s connecting flight.

“When I informed the passenger there was a gate change and their connecting gate was right next door, they just started crying and kept thanking the crew,” Markquise recalled.

As the crew, the passenger and the rest of the people onboard that flight waited for the jet bridge to attach to the aircraft, they had a “hug it out and pep talk moment,” recalled Ahmet.

“The passenger was understandably going through a range of emotions,” he said. “Hurt, grateful, lost – all behind a veil of tears, which swept across everyone on the plane.” 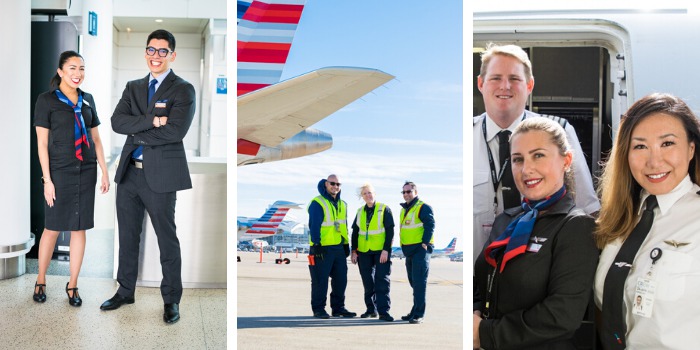 Left to right: Passenger Services Agents in Chicago, Fleet Service Clerks in Dallas-Fort Worth, and Flight Crew in DFW.

From top to bottom, start to finish, the amazing Envoy teamwork on display that day is a quintessential example of the kind of human spirit that permeates the company and the industry. As Markquise said, “it shows that airline employees are human just like anyone else, and that we care about our passengers that we have with us.”

“Aligning the stars and moon” for the passenger in need that day, is part of the everyday challenges we face as a whole as an airline, said Ahmet.

“Not one flight is the same as the last, but we try very hard to create a consistent experience,” he said. “With steadfast ambition, I can only hope our guests understand our dedication to them goes beyond the cost of their ticket. It’s the promotion of humanity, for me.”

« Love is in the AAir: Captains Dustin and Leslie Willis
Saving a life in Miami »