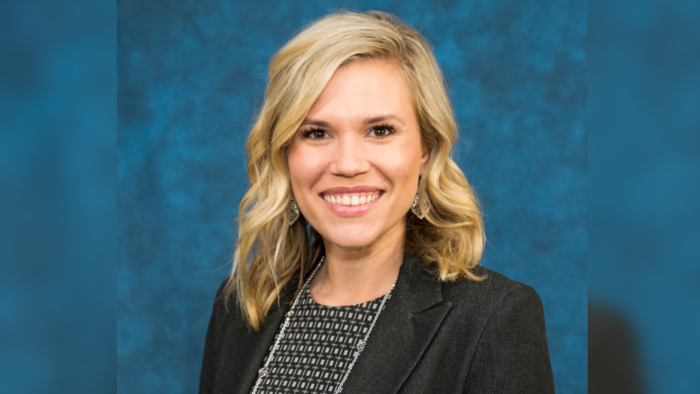 Last week, Envoy Vice President of Finance & Planning Kara McKinney was chosen by the Dallas Business Journal for their annual “40 Under 40” Awards. The award celebrates stars on the rise in the Dallas-Fort Worth area who are “the region’s brightest and most talented leaders” and “people that the North Texas community should know,” according to the publication.

At only 32 years old, Kara has spent over a decade with Envoy in the Finance department, serving in a number of roles, from analyst to director to vice president. With an incredible knack for managing a budget, she’s even more adept at managing relationships, which is what she says has earned her the role of vice president.

“Pedro (Envoy President & CEO, Pedro Fabregas) always says that it’s the people that drive this business, so I’ve always had a focus on building those key relationships throughout the company,” Kara said. “Over the years, I’ve enjoyed every role, every challenge, every project, because I love the amazing people on my team.”

Kara, who graduated with a finance degree from North Texas University, says that the past 11 years feel like they happened “in the blink of an eye.” Right out of school, Kara joined Envoy as an analyst and remembers long nights working until the wee hours of the morning on finance budgets.

“I would go home exhausted, but never defeated because I loved the work we were doing,” said Kara. “With the constant change within an airline, there’s never a dull moment. I can’t believe it’s been 11 years, it just goes by so fast when you’re enjoying the work.”

Since 2015, Envoy has experienced strong growth fueled by a growing fleet, and with it, a growing employee population from 14,000 to nearly 19,000 today. A large part of what Kara does is to forecast for that growth, and whether it’s staffing airports, purchasing ground support equipment or determining the right number of crewmembers and mechanics to operate and maintain our aircraft, she says there’s no limit to Envoy’s success.

In her role as vice president, Kara says that Envoy’s relationship with its parent company American Airlines is more vital than ever.

“It’s important that we maintain a relationship that is open, honest and based on respect,” Kara said. “We hope that American sees that we’re the best and most reliable regional airline, which goes a long way to achieving an easier budget process and mutual trust.” 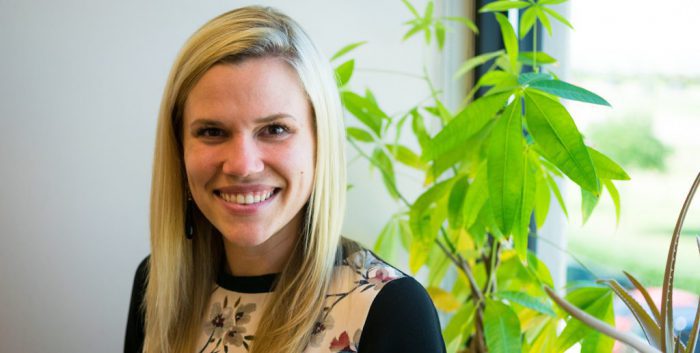 Listening to Kara explain her side of the business and the relationship with the world’s largest airline, it’s very plain to see why, even at her young age, she’s been so successful and deserving of the DBJ’s award.

“It’s such an honor to be named for this award,” Kara said. “I never thought I would get an award like this, but it is a great feeling. I feel very accomplished at my age having done quite a bit in my career. I have high hopes for my future.”

Although she is in an executive role with a prominent regional airline, Kara still feels that she has a lot to learn. Most of all, she thinks she would benefit from continuing to build relationships with other workgroups outside of finance.

This year, she has a goal to travel to more stations throughout Envoy’s system to learn more about the daily lives of general managers, agents, mechanics, flight crewmembers, etc., in order to understand their specific needs. In turn, she will become more knowledgeable about their budget requests having seen their operations up close.

For Kara, this is part of her mission to not get complacent in her job, and she is constantly looking for opportunities.

“I feel that my success, and I would tell this to anyone looking for advice, is that you have to keep yourself open to new opportunities,” Kara said. “Sometimes you have to get out of your comfort zone. You also have to keep up with every relationship you make, because, you never know, you could meet someone who could be your boss one day or vice versa. So it’s key to be personable and engaged with the people you work with.” 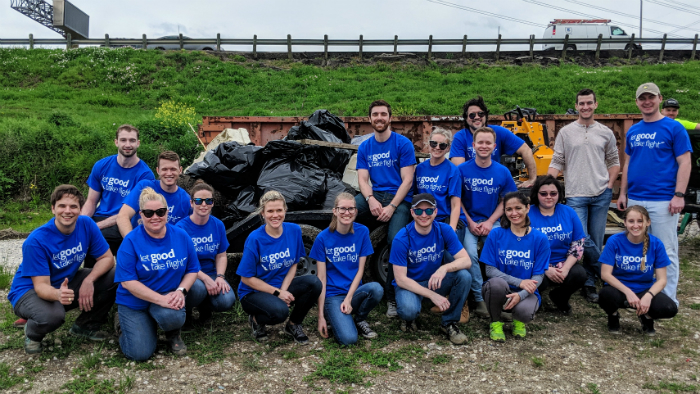 Kara with a group of her Finance employees volunteering to help clean the Trinity River in Dallas-Fort Worth in 2019.

A lot of what Kara has learned has come from her mother, who Kara says is her hero. Her mother, a single parent caring for two children, “never complained, held two jobs and was an amazing example of what hard work looks like,” Kara said about the work ethic she tries to emulate.

Last year, Kara became a new mother herself to a baby girl named Palmer Jean. While there’s been some adjustment to her lifestyle, Kara feels that it’s for the best because she’s reached a new level of responsibility in having to care for her daughter’s well-being and future.

“Life is so much different than before, but I love being a mother,” Kara said. “I’ve learned that I have to be more productive with every minute I have, because it’s not just me and my husband anymore. And when I’m at work, I’ve learned to cherish that even more because I’m able to improve myself and do my thing, then go home to a wonderful family.”

Yet, if you ask Kara, she has two families – one at home and one at Envoy. Beyond thanking her mother and her husband, who was supportive even when Kara was coming home at 3 a.m., Kara would like to credit her team for helping her achieve the DBJ 40 Under 40 Award.

“I wouldn’t be where I am today without my mentors and coworkers who are hardworking, intelligent and the best at what they do,” Kara said. “I wholeheartedly feel that we’re like a little family, and they’re the reason for this award.”