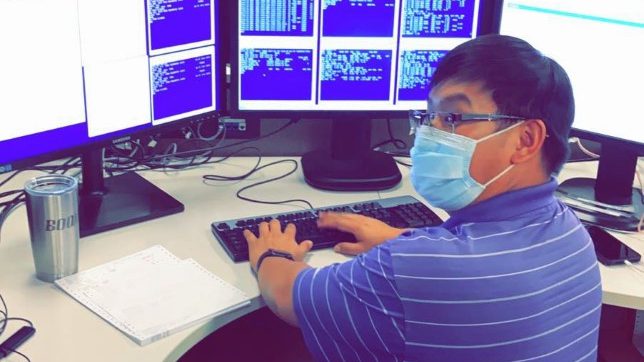 When you build the deck of a bridge, each board is fundamental in getting you across to the other side. Like that bridge, an airline is made of many parts, and each one is critical to the operation and getting us safely to our goals.

Working together in concert isn’t always easy, especially in a fast-paced airline environment. That’s why people like Somprasong “Boom” Stritart, who work calmly under pressure, are key to a successful Envoy operation.

Boom, 29, was born in Bangkok, Thailand, but has lived the majority of his life in the U.S. His nickname Boom, which was given to him by his parents, means lucky in Thai.

As a Crew Scheduler — the people focused on staffing our aircraft with Pilots and Flight Attendants — Boom uses more than luck; his perfectly positive attitude is the biggest strength he brings to the team. And his positivity is starting to get noticed.

“His demeanor is particularly refreshing considering today’s climate, and yet his positivity and kindness have been consistent even prior to the current situation,” said an Envoy Captain.

All in a day’s work

Within his Crew Scheduling team, Boom received praise from his managers who claim they’re consistently hearing great things about Boom from Envoy crewmembers.

When asked why he thinks he’s received such praise, Boom said he attributes it to his customer service background and overall drive to help Envoy succeed.

“I believe each department has vast importance for us to work cohesively and efficiently to achieve our goals,” said Boom. “Schedulers can receive up to hundreds of calls a day depending on weather and other anomalies, so for pilots to recognize that I’m doing a good job is a solid feeling.”

When Boom started at Envoy three years ago, he was eager to begin his aviation career because he worked so hard to get his foot in the door. Now, he’s earned more responsibilities in the specialized shift-swapping department, and looks forward to each day at work.

“The best part about this job is being able to prevent any delays or cancellations with just a key stroke,” said Boom. “The tasks we perform in Crew Scheduling to cover a flight is pretty impressive.”

Even though Boom might not be visible to our customers, like so many at Envoy, he makes it his mission to ensure their safety and comfort. It’s all part of being one step in a larger journey.