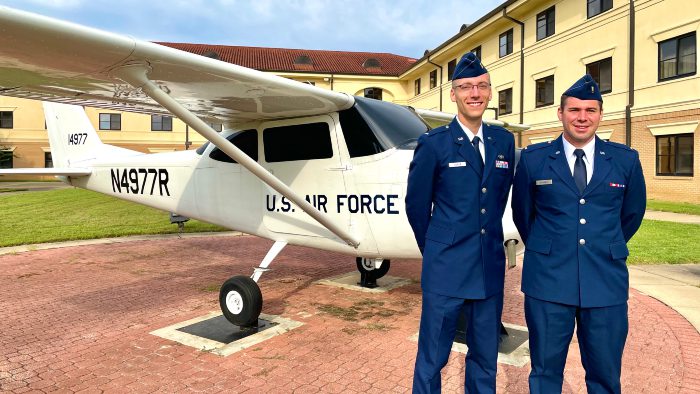 There’s coincidence, and then there’s sheer luck. When Captain Alex Dupuis met another Envoy pilot in his training class at Maxwell Air Force Base (AFB), he had to smile and ask, “what are the odds?”

For two months, Alex and First Officer Jake Jeronimus worked together, trained together and even stayed a couple doors down from one another in their dorms.

Birds of an Envoy feather apparently train at Maxwell AFB together.

In honor of Veterans Day, we met up with Alex to learn more about his time at Maxwell AFB, his commitment to his country and what Envoy’s support of the military means to him. 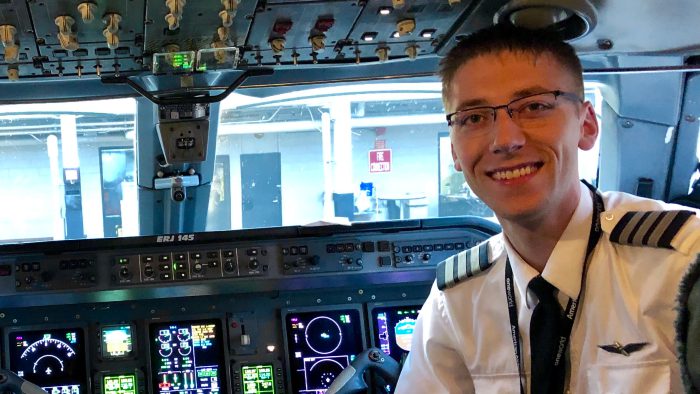 Alex Dupuis on the flight deck of an Embraer 145 back when he was a First Officer for Envoy. (Photo courtesy of Alex Dupuis)

Tell us about your journey to Envoy.

I’m 28 years old, and I’ve been with Envoy for the last four years. I’m currently sitting Captain on the Embraer 175.

As a kid, I was involved with programs such as Civil Air Patrol and JROTC in my home state of Alaska. It inspired me to pursue a career in aviation at the age of 13.

I began flight lessons in both powered and gliders at age 15 and have been hooked ever since. I got my start building flight hours in Alaska running freight and passenger air service in DC-3’s, Navajo Chieftains and Caravans.

I chose Envoy because they offered an opportunity to see more places and gain valuable experience.

Why the Air Force? And why serve your country?

I believe each and every one of us has a duty to service. Not just military, but a political office or community service involvement can all have an impact on our community.

Continuing to serve in the Alaska Air National Guard has always been a means for me to give back and continue serving my community.

For those who don’t know, can you explain the military leave process for pilots at Envoy? How did it benefit you?

When called for military duty, it’s thankfully as easy as notifying the company with your required attendance dates. Once Crew Scheduling has the dates, which is fairly quick, you’re removed from whichever flying falls within that footprint.

This streamlined process has been simple and most helpful. 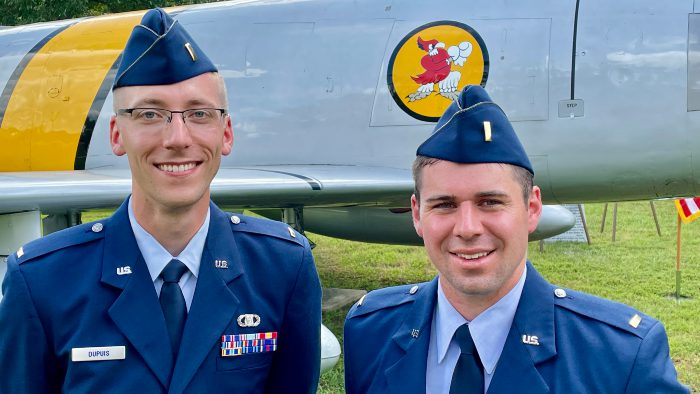 Envoy proudly supports military veterans and their families; does that give you a sense of pride being both an Envoy pilot and servicemember?

Sure it does! Maintaining currency and more importantly, proficiency, with both can at times be a struggle. It is however a good feeling having support from the company.

What does Veterans Day mean to you?

Besides being like any other day of the week, it’s a day to remember and reflect on our heritage and sacrifices. It’s an opportunity to be self aware of the impacts it takes on our careers, our livelihoods, relationships with friends and family. 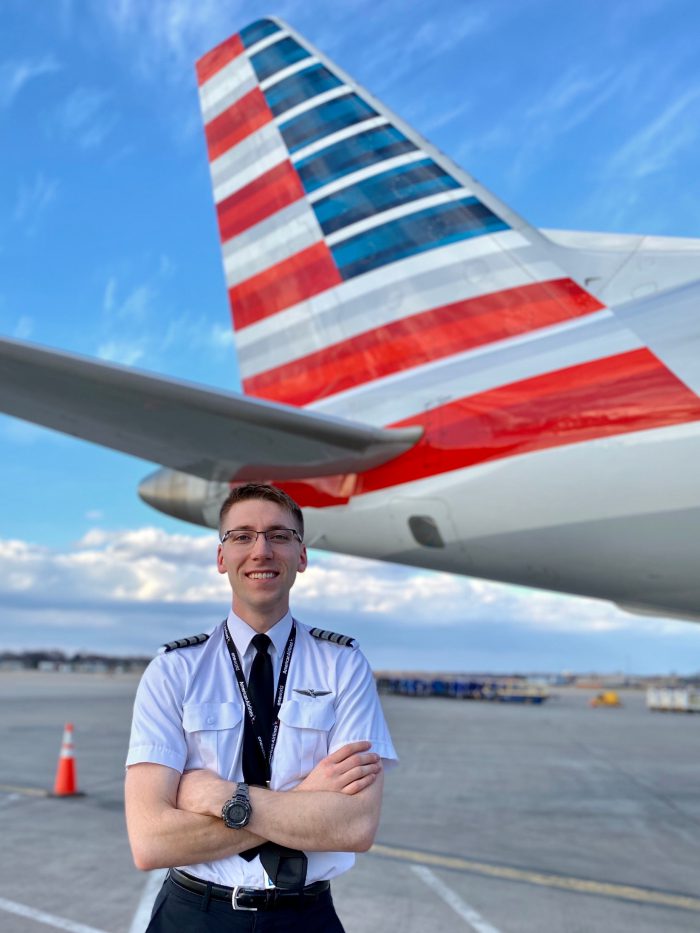 Captain Alex Dupuis standing by the tail of an Embraer 175. (Photo courtesy of Alex Dupuis).

How can you apply what you learned at Maxwell to your job as an Envoy pilot?

Officer Training school is a 9-week intensive program designed to immerse candidates into a leadership mindset. Taking this mindset and training into the flight deck at Envoy will empower the two of us to be stronger and better prepared crew members.

What’s next in your careers, as for in the military or at Envoy/American?

As for my military career, I report next spring to the Air Force’s Undergraduate Pilot Training course. That involves a ten-month curriculum flying the T-6 II Texan and T-1 Beech Jet. After that, upgrade training into the C-17 Globemaster at Altus Air Force Base.