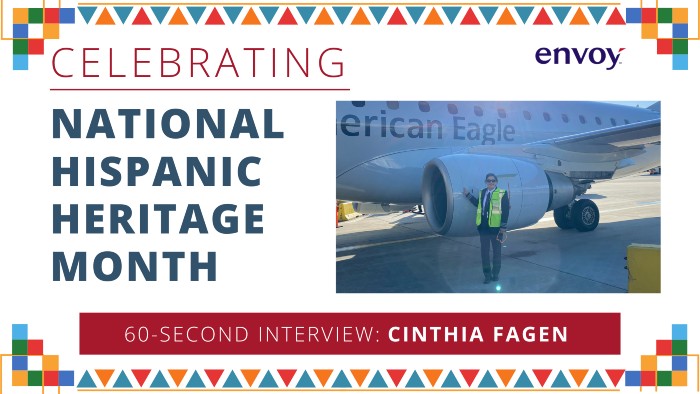 First observed in 1968, now celebrated annually between September 15 and October 15, Hispanic Heritage Month is a time dedicated to acknowledging and appreciating the cultural contributions Hispanic people have made to United States history. In this series, we’re highlighting some of our own employees to learn more about their personal connection to the holiday and how they celebrate it.

In this installment, we spoke with First Officer Cinthia Fagen about what Hispanic Heritage Month means to her.

“It gives me a great sense of pride to see the looks on people’s faces when they see a Latina pilot approaching their aircraft.”

What is your Envoy story?

I have been a First Officer flying the Embraer 175 with Envoy for 2.5 years. My day-to-day responsibilities are to transport our passengers safely to their destinations and ensure they have a pleasant journey.

I come across many different people with all kinds of backgrounds on a daily basis. It’s always surprising and gives me a great sense of pride to see the looks on people’s faces when they see a Latina pilot approaching their aircraft. 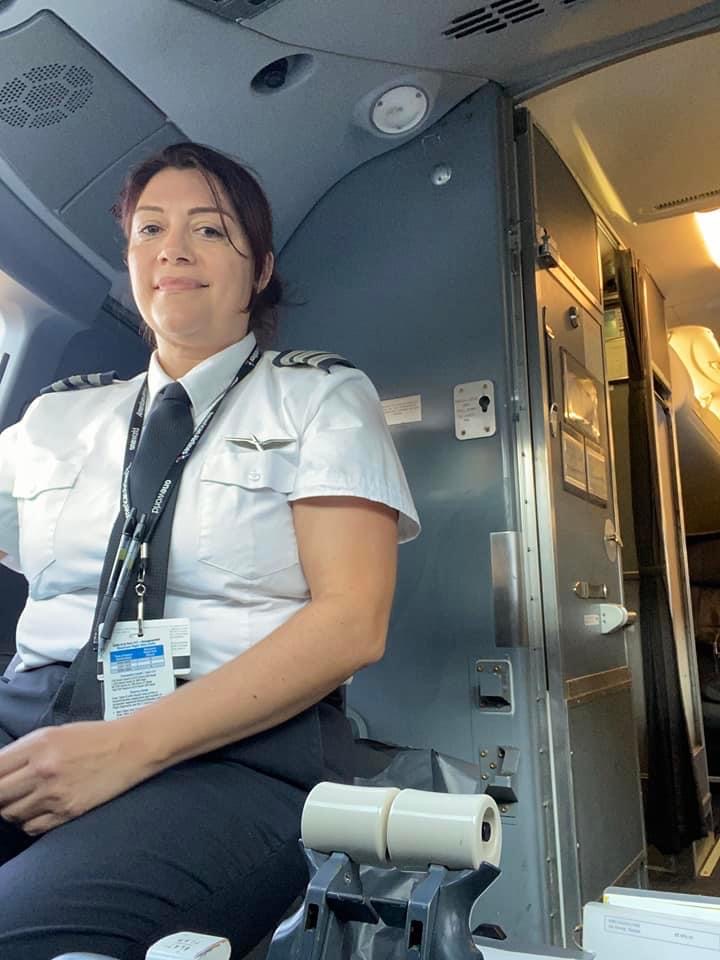 What is the significance of National Hispanic Heritage Month to you?

National Hispanic Heritage Month is of great importance to me because it’s an opportunity to celebrate our heritage and culture, and honor those who sacrificed so much and paved the way for us today. We still have a long way to go but I am honored that I can be a part of something so grand.

In Roberto Clemente’s words, “If you have a chance to accomplish something that will make things better for people coming behind you, and you don’t do that, you are wasting your time on this Earth.”

Do you have a favorite historical figure?

My favorite historical figure would have to be Roberto Clemente. He was the first Hispanic person to accomplish many feats in major league baseball.

On top of having a stellar career, he was the first Hispanic person to be named league MVP and World Series MVP, and be elected to the Hall of Fame. In addition to his personal success on the field, he became known for his generous heart, many charitable contributions, and was a fighter for social and economic justice.

Who in your life has inspired you or been your role model?

My parents are my inspiration and role models. They sacrificed everything as immigrants from Mexico.

They made their home in Chicago and worked long, hard hours in factories. They sent money home to Mexico and, when they were able to, brought the rest of the family to the U.S.

They inspired me to push through all obstacles and adversity, and never settle. Growing up, becoming an airline pilot was not a typical career path for a Mexican girl like me, so I wanted to push past that stereotype and do what made me happy.

How do you like to show your Hispanic pride?

I like to show my pride by learning to cook some of my mom’s favorite authentic Mexican dishes. She is the best cook on Earth and she learned how to cook many of her dishes when she was very young out of necessity to help feed a family of eight.

What’s one surprising fact about you that others may not know?

I love baseball and I’m currently in the process of touring all of the MLB stadiums.

« The Halloween Edition of the Little AvGeek Coloring & Activity Pages is here!
The Sky is the Limit – Girls in Aviation Day 2022 »