The whiteboard in his training classroom was blank until his explanation of weather modification needed some illustrative assistance. One minute later, red scribbles of storm clouds, hail clusters and airplanes populated the entire surface.

He points to the airplane he drew next to a furious storm cell and says, “and this is where I would fly. Was I scared? No, but it did get a bit hairy.” 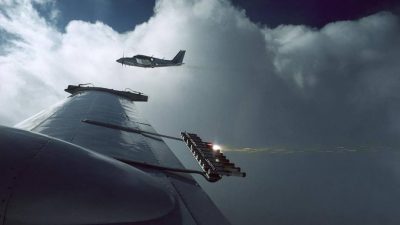 The way weather modification through cloud seeding works is by using aircraft to deposit solid chemical compounds, like silver iodide or solid carbon dioxide (dry ice), into storm cells. Ice crystals in the storm cloud form around the solid chemical compounds, and either melt to create rain or freeze to create small-sized hail. By forming smaller bits of hail, larger more dangerous hail will not have the chance to form.

In Chance’s line of work, the cloud seeding was used to dissipate hail storms that damage local farmer’s crops. He would fly his Piper Cheyenne close enough to the storm to release the dry ice into the storm, which is where it would get a bit dicey. 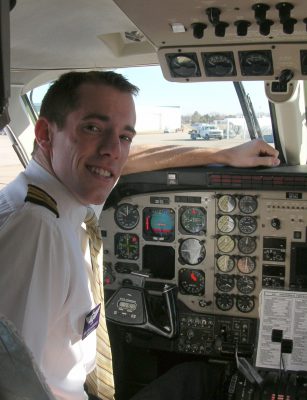 “Any small thunderstorm can have some updrafts, downdrafts and pretty serious precipitation, it could be pretty interesting,” Chance says. “You’d come along at 20,000 feet, cook along these lines of thunderstorms, and it could get pretty violent sometimes. Then you just kind of say to yourself, okay, no more, and turn back around.”

In addition to the turbulence and choppy winds, Chance says the extreme heat and cold in the non-air-conditioned plane was enough to make the job unbearable. Yet, regardless of the conditions and even though cloud seeding isn’t an exact science, it helped Chance pay the bills and earn flight hours while he was in college at Kansas State.

Finding his way to Envoy

Between weather modification and flight instructing at Kansas State, Chance somehow managed to complete his coursework as well. But, he hadn’t given too much thought to becoming a commercial airline pilot.

Not until he met Envoy Pilot Recruitment at his school, and they offered him an interview on-site. He had all the necessary multi-engine hours and other ratings, all he had to complete was Envoy training to become a First Officer on the Embraer 145.

Ten years later, Chance is a Captain on the Embraer 175 (E175) and working as an instructor in Envoy’s training program. He loved flying the E175 so much that he thought instructing would be a great fit for him, also considering he would have more time to spend with his family. 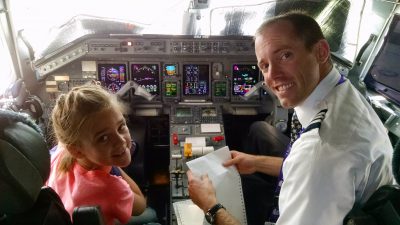 After all these years of running the gamut of aviation, Chance still loves his job.

One of Chance’s trainees pokes his head inside of the room to ask Chance a quick question about his training. Without hesitation and very matter-of-factly Chance gives precise instruction that clears up all of the trainee’s apprehension. It seems effortless, as if he were a tenured professor of the E175. 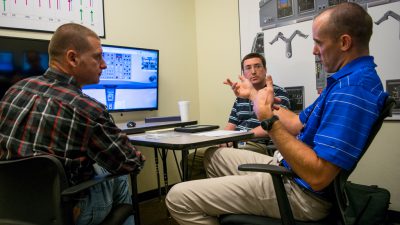 Chance is comfortable with his life at this moment to say the least. He’s learned a lot about the airline industry, aviation and people. Even though he would never work as a weather modification pilot again, he did learn a valuable lesson to respect Mother Nature when he’s flying today.

Most importantly, he learned that flying is his passion and his path to a successful life. He’s definitely more comfortable than in the freezing, turbulent Piper Cheyenne, and glad to be out of those “hairy” situations.