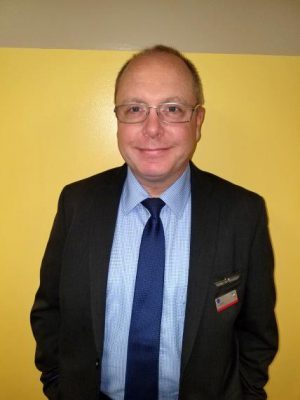 Frantically changing out of their uniforms in the Dallas-Fort Worth Airport (DFW) employee parking lot, husband and wife Envoy Flight Attendants John and Marianela Grace were in a rush to buy supplies to send to their family in Puerto Rico devastated by hurricane Maria. Just after finishing a four-day trip, the Graces were racing against the clock to send their care packages through the American Airlines Priority Parcel Service (PPS).

Once they arrived at the PPS office, it was already past 8 p.m. and a long line of people sending supplies had formed leaving the Graces in a crux. They were told by the PPS office that there was a possibility some people’s packages would not be processed and for them to return in the morning.

“We chose to tough it out and take our chances,” said John. “We stood in line together for hours, and around 10:30 p.m. it was becoming evident that the line was moving too slowly for us to get in before closing at midnight.”

This is when something amazing happened. While the Graces waited in line, they struck up conversations with fellow American and Envoy employees waiting just like them. 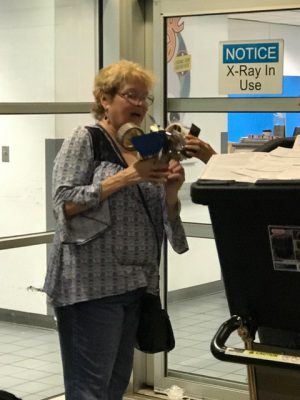 Debra Childers, an executive assistant in American’s Revenue Management department, was one of those people waiting in line, although she was not there to ship boxes, she was there to help.

“I asked if I could help, and I was told that I am not qualified to inspect,” said Debra. “I told them I can open and tape boxes and I did. I wanted all of those in line to get through, saw an opportunity, asked the question and together we got it done!”

All of a sudden, John says, the line began to pick up speed, and there stood Debra in the entrance for four hours opening and taping boxes. Eventually, everyone that stood in line that night had their boxes shipped all thanks to Debra and the PPS employees.

“We’d have been crushed if we hadn’t been able to ship after all of that, and Debra made sure that everyone got a chance to send their relief boxes,” said John.

Debra also had a hand in raising 17 thousand dollars for Puerto Rico hurricane relief within her department at American. By raising funds and helping out at the PPS, Debra demonstrated why many consider their American and Envoy coworkers like family.

“Debra is a shining example of what one person can do when they put their mind to something,” said John. “Thousands of people in Puerto Rico will be far better off because of what she’s done.”