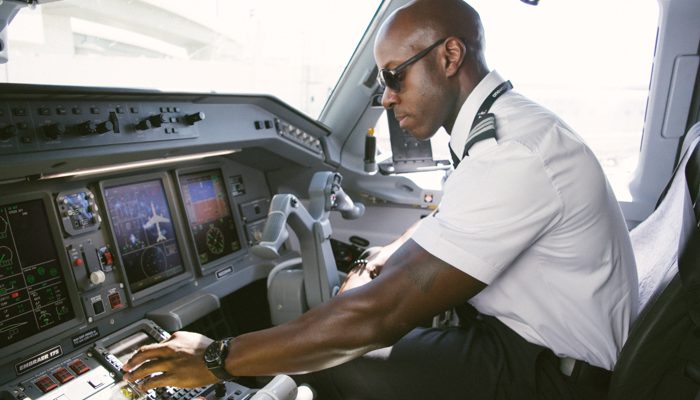 About 20 years ago, LaTroy Green was living and working at Fort Bragg Army base in North Carolina when a very bold question came to his mind – “what if I could become a helicopter pilot?” As a certified Army mechanic, it wasn’t on the top of his list of positions, but LaTroy submitted the necessary documents to make the transfer – nothing happened. 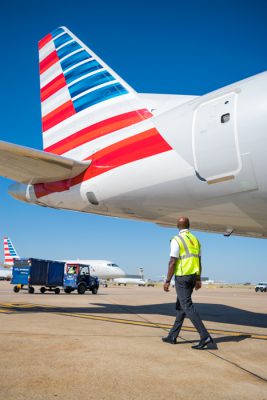 LaTroy began his basic training at Fort Jackson, South Carolina in 1995 and moved on to Aberdeen Proving Ground, Maryland where he received his certification as a mechanic, or “ground guy” as he calls it. Eventually, he moved nearly seven thousand miles away to Seoul, South Korea where he practiced “being the best mechanic” he could be, he says.

LaTroy quickly moved up in the ranks when he eventually moved to Germany, and from there was deployed to Iraq as a mechanic. However, LaTroy believed himself to be more than a ground guy and would often volunteer to go on patrol with the other soldiers.

Again, in Fort Riley, Kansas, before deploying to Iraq for a second time, LaTroy filed for a helicopter pilot position – again, nothing happened. So, LaTroy moved back to South Korea ranked as a Maintenance Warrant Officer.

One day, Latroy was sitting in his office when a swarm of Black Hawks appeared outside his office window. Once again LaTroy was hit with the urge to become a helicopter pilot.

At last, the third time was the charm! He was granted a transfer from Seoul to Fort Rucker, Alabama to immediately begin training as a rotor-wing pilot. After 14 months of training, there he was a Black Hawk pilot on his way back to South Korea.

Flying in his Seoul 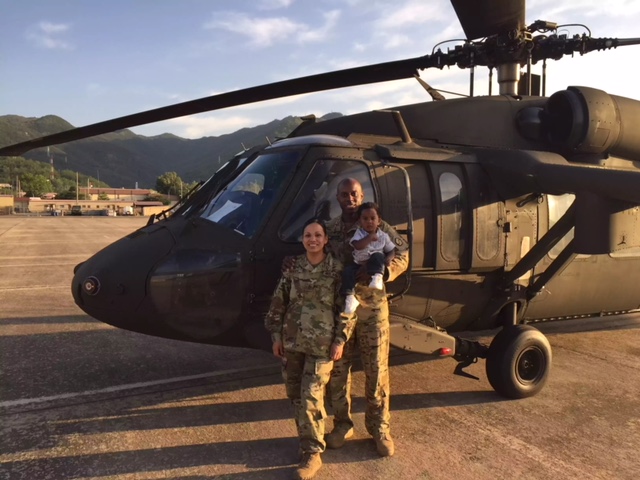 For three years, LaTroy worked as a flight instructor on the Black Hawk. But deployment again came around, this time out of Fort Drum, New York.

However, his third deployment, this time to Afghanistan, was different because LaTroy was no longer a ground guy. He flew missions in the Black Hawk and the more modernized UH-60M Black Hawk, which began another question brewing in LaTroy’s head. 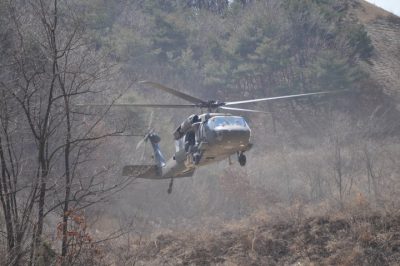 But it wasn’t until he read an email from Will Dryden of Coast Flight Training (an Envoy partner school) that the question really hit home – “do you want to become an airline pilot?” At first, LaTroy thought it must not be real or that he was dreaming, but of course he wanted to be an airline pilot – “who doesn’t?” he asks.

At this point, LaTroy was serving his last year before retirement in the place where his military career began, Seoul. But life didn’t stop there, LaTroy was ready to embark on his next mission as an airline pilot. 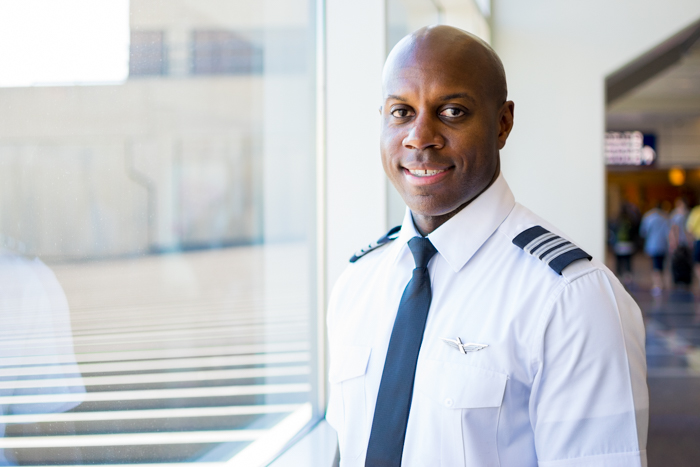 “From that first moment talking with Will and David about the RTP, it felt very real that I would be an airline pilot,” says LaTroy. “They sat me down and told me that there’s no gimmicks, no hidden agendas; I just had to focus on training and Envoy would take care of the rest. And I believed them!”

Going into Coast Flight, even though he logged a ton of time on the Black Hawk, LaTroy had not built any hours on a fixed-wing aircraft. Yet, that wasn’t a problem, because Coast and Envoy were prepared to train him in a matter of months to reach the FAA military-veterans minimum for flight hours to begin an Airline Transport Pilot certificate.

Flying the Cessna 172 to build the bulk of his hours, and the Piper Archer, Arrow and Seminole, LaTroy quickly earned the necessary ratings and hours to begin training at Envoy.

“I went into Coast with absolutely no fixed-wing time, but, now, here I am flying a jet,” says LaTroy. “I went from zero to hero!” 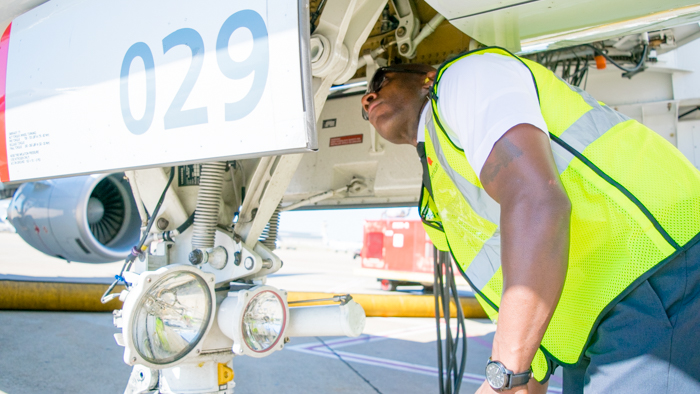 Whatever LaTroy lacked in fixed-wing time, he more than made up for it in military experience that requires discipline, attention to detail and following safety procedures. Most importantly, LaTroy had the experience of working in a two-person flight crew from his time flying the Black Hawk, which translates perfectly to life as an airline pilot interacting with flight attendants, agents, mechanics and other pilots.

In the Envoy training center, LaTroy found a similar sense of brotherhood with his classmates that he enjoyed in the Army. He says that if he was struggling with a subject or instrument, he could depend on some of the part-121 pilots to give him a few pointers. 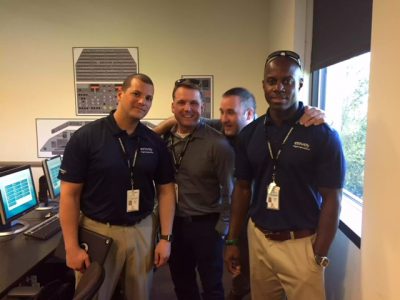 “The tools are all there,” says LaTroy about Envoy training. “As long as I put in the time and effort, I knew I would succeed. Coming from a military background of structure and discipline, Envoy fit that mold and did it very professionally.”

At last, after several months training at Coast Flight and Envoy, LaTroy was awarded First Officer on the Embraer 175 (E175) based out of Dallas-Fort Worth. He spent his first two months on reserve waiting for his opportunity to fly, but that ended quickly and he now holds a line on the E175.

Well worth the wait 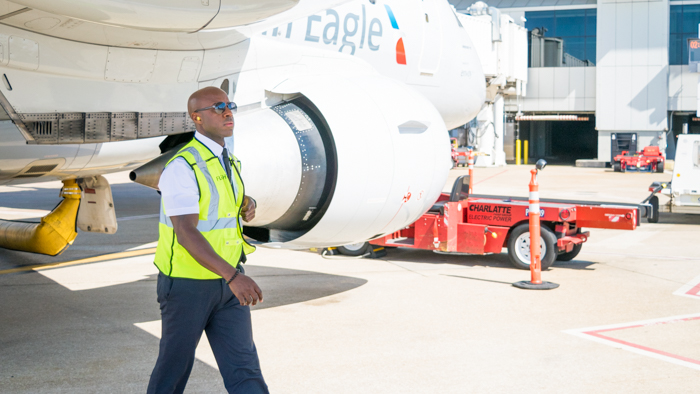 The best part of the job, he says, is meeting new people, seeing new places and taking advantage of all the adventures to be had all over the U.S. where Envoy flies. LaTroy says that he’s “enjoying the journey” flying for Envoy and not trying to get ahead of himself.

But off in the horizon, a few years down the line, LaTroy can see his goal of flowing to American Airlines. After all, that was one of the most enticing draws to joining Envoy’s audacious RTP.

“I wanted to strive for that end-goal of flying for American,” says LaTroy. “The pathway was very clearly laid out for me; join the RTP, train to become a pilot, have a great time at Envoy and reap all the glory of flowing to American. It’s been a long wait, but it’s well worth it.”

Whether a mechanic, pilot, gate agent, dispatcher or flight attendant – and all the hundreds of other positions – Envoy is proud to have so many amazing service members and veterans working at the airline. It may have taken LaTroy a few tries to get into a helicopter and eventually into an E175, but the company is glad to have him and the thousands more veterans like him that make up the fabric of Envoy.