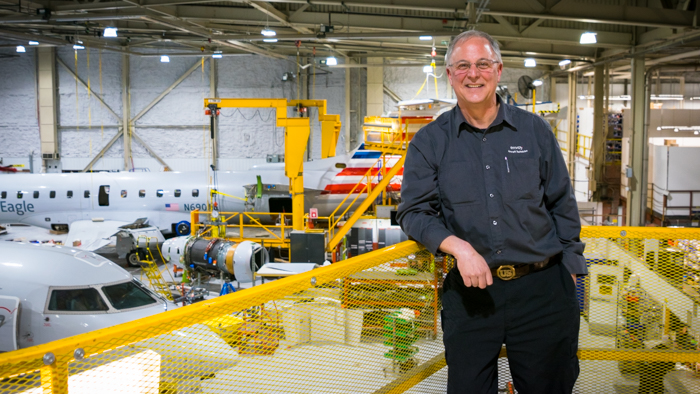 Parked outside the Sawyer International Airport (MQT) in the blistering cold, an old van idled with a puff of white steam flowing from its rusty exhaust pipes. Out pops Envoy Maintenance Inspector Matt Gallo with a huge coat and an even bigger smile, like an eager chauffeur.

Matt, and his friendly smile, is Marquette through and through – for 35 years, he has worked on every aircraft type flown by Envoy. From the Embraer 110 to the Short 360 on to the modern day jets like the Embraer 175, Matt has been in MQT since he started with Simmons Airlines in 1980.

But, it’s not his work experience that makes him quintessential MQT, it’s his passion for the area and his affection for the people who work for the company. Sure, he’s got his love for brewing beer and four-wheeling through Michigan, but MQT is home because of the family he’s made at Envoy.

“Never work a day in your life, if you love what you do.” 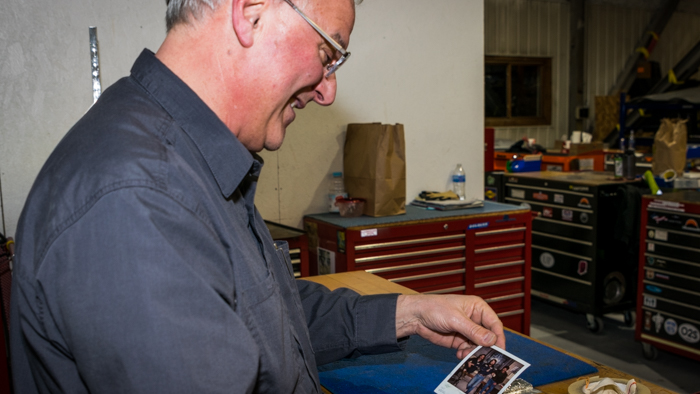 Matt’s fascination with aircraft maintenance began when watching helicopter rides at local fairs. So, when he enlisted in the U.S. Army in 1975, he signed up to become a helicopter mechanic, as well as joining the 82nd Airborne Division where he completed at least 20 parachute jumps.

Using money earned from the Veterans Affairs, Matt enrolled at the Detroit Institute of Aeronautics to gain his Airframe and Powerplane license, and by 1980 he was turning wrenches for Larry Simmons in MQT. By 1983, Simmons Airlines began seeing growth and was bought by AMR Corporation/American Eagle (now Envoy) in 1988. 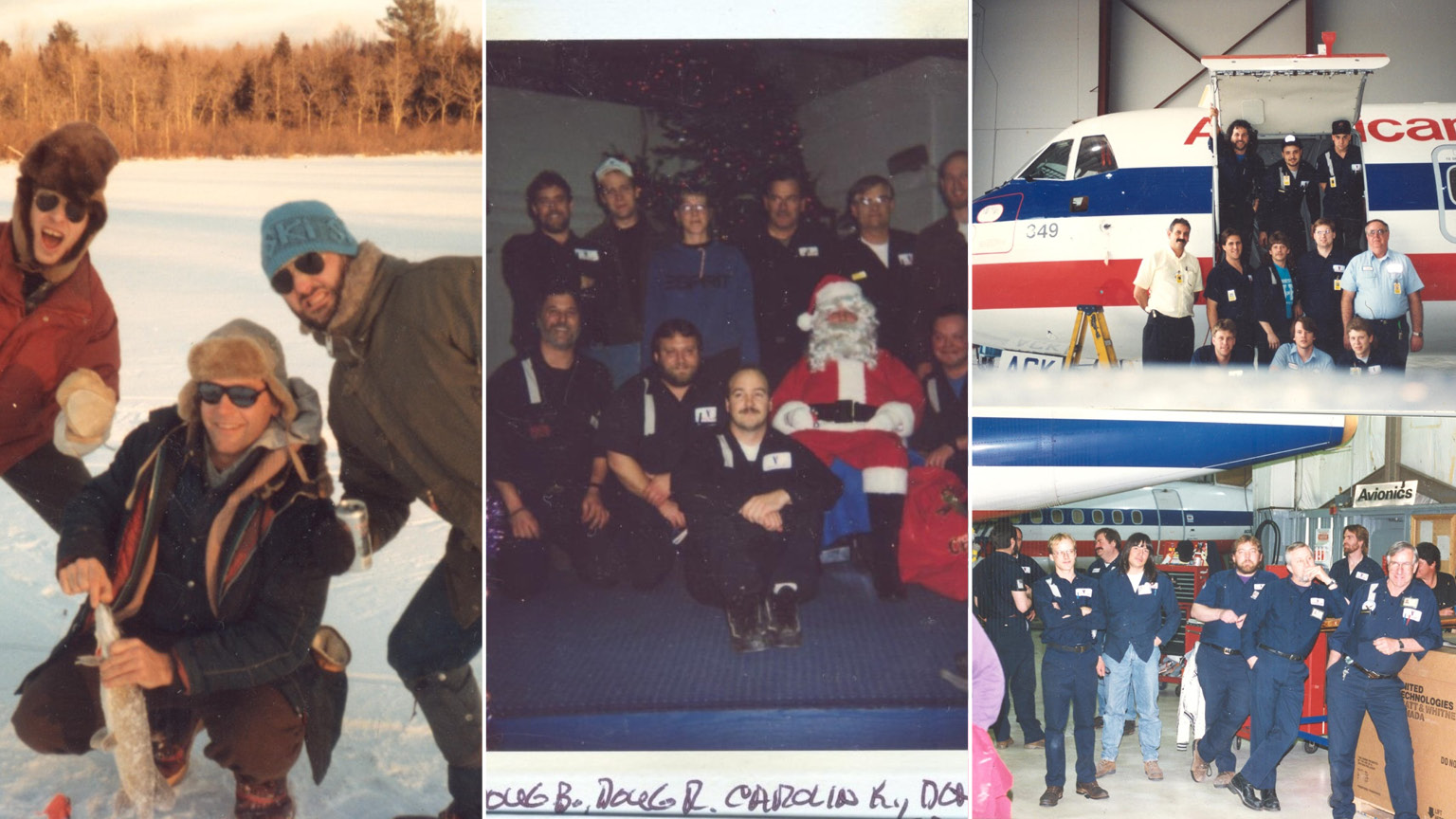 “It’s been a steady progression since that day,” said Matt. “But the people that were forming the foundation of the company at that time are what make Envoy the great company it is today. Whether it’s the commitment to safety or the welcoming company culture we have, it started with the great people who dedicated themselves way back then.”

Matt was choked up a little while expressing his gratitude for the “old timers,” and it was apparent that reliving his long career means a lot to him. He explains how he grew up with the people in MQT – they are all about the same age, started families at the same time and “know each other like brothers and sisters.” 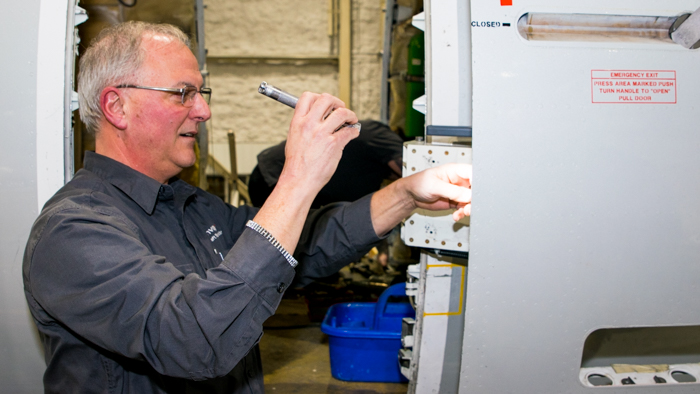 Over the years, Matt has “seen a lot come and go” but all of the technological advances in aeronautics were a welcomed relief. With the troubleshooting abilities of the computer systems checking the aircraft, projects can go a little bit quicker for him and the other mechanics.

However, the attention to detail never changes. As a Quality Control Inspector, Matt’s job is to be the second (and third) pair of eyes on critical projects to ensure that everything is compliant.

Working in a heavy maintenance base like MQT, where aircraft are completely dismantled and put back together, mechanics quickly learn everything on the aircraft inside and out. For a young mechanic, or for “old timers” like Matt, working in a maintenance hangar like MQT is “as good as it gets,” he said.

“Look, I’ve had a great time and sure I’m old enough to be some of these mechanics’ grandfather, but there isn’t a day that I’m not having fun,” said Matt. “For a guy like me that just wants to fix things, working on airplanes is best you can do – short of working for NASA. But I still get to fly for free, get to go on awesome work trips to places like Miami and the Bahamas, and like I keep saying, they pay me for this! It’s unbelievable.”

Matt said he had his chance to work for a major airline like American Airlines, but he loves his quality of life in MQT so much that he wouldn’t trade it for a bigger paycheck. The comradery he’s built there, the city, and his work make it all worth it – plus, why give up his No.1 seniority?

“Here for a good time, not a long time.” 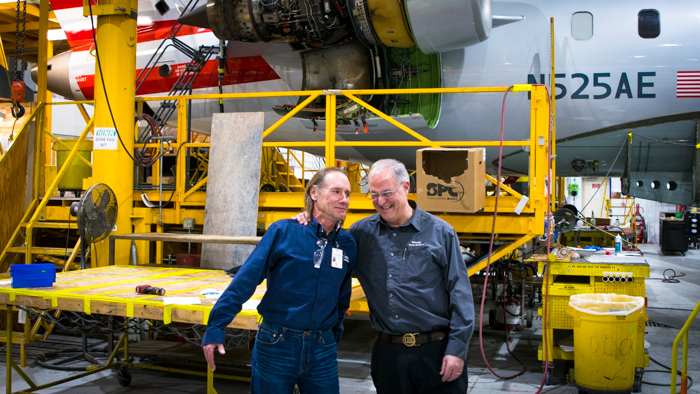 Matt is nearing retirement in 2019, but has already made plans for life after Envoy. First, he would like to instruct locally at Northern Michigan University in their Aviation Maintenance Technology department, and pass on the wealth of knowledge he’s gained.

Peculiarly, Matt said that he might go another direction while he’s “still the young, ripe age of 60,” and find a job working in the service industry or sales. His jovial personality, positive outlook and ability to talk up a storm might bode well in customer service.

One thing is for sure, he won’t stay in MQT much longer once his wife retires. After remodeling his 1891 home, his plan is to become “snow birds” with a home in northern Michigan and somewhere in the warm southern U.S.

Until then, Matt plans to cherish every day in the MQT hangar.

“I want to thank everyone I’ve ever met, whether it’s in the hangar or out on work trips,” said Matt. “I’ve made a lot of great friends, met wonderful agents and mechanics who were always so helpful and fun, and created a little family here. We all love aviation. We all want to see those planes fly. What can I say? I’m the luckiest guy in the world.”