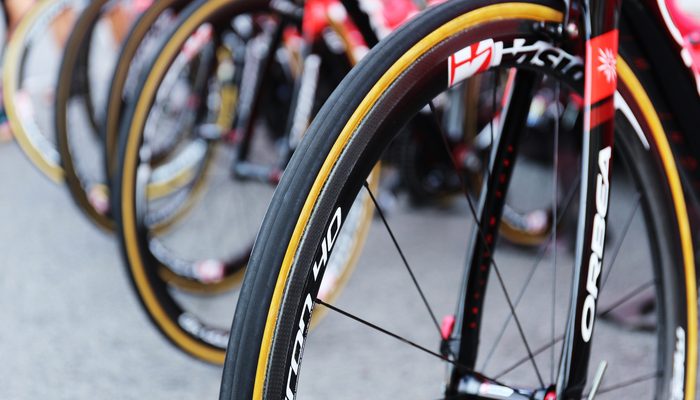 Galveston, Texas. It’s supposed to be muggy and hot.

Or so thought Jay Murray, Envoy Vice President of Maintenance, on the day of his Memorial Herman Half-Ironman Triathlon. The 70.3 mile course of swimming in the Gulf of Mexico, biking and running was sopping wet, bitterly cold and endlessly challenging.

Yet, he and his wife Laura were up to the test, having trained six days a week for the three months leading up to the race. Some numb feet and a few chafes were nothing compared to Jay’s history of heart conditions; the Ironman race was a challenge he accepted to prove he could beat the odds. 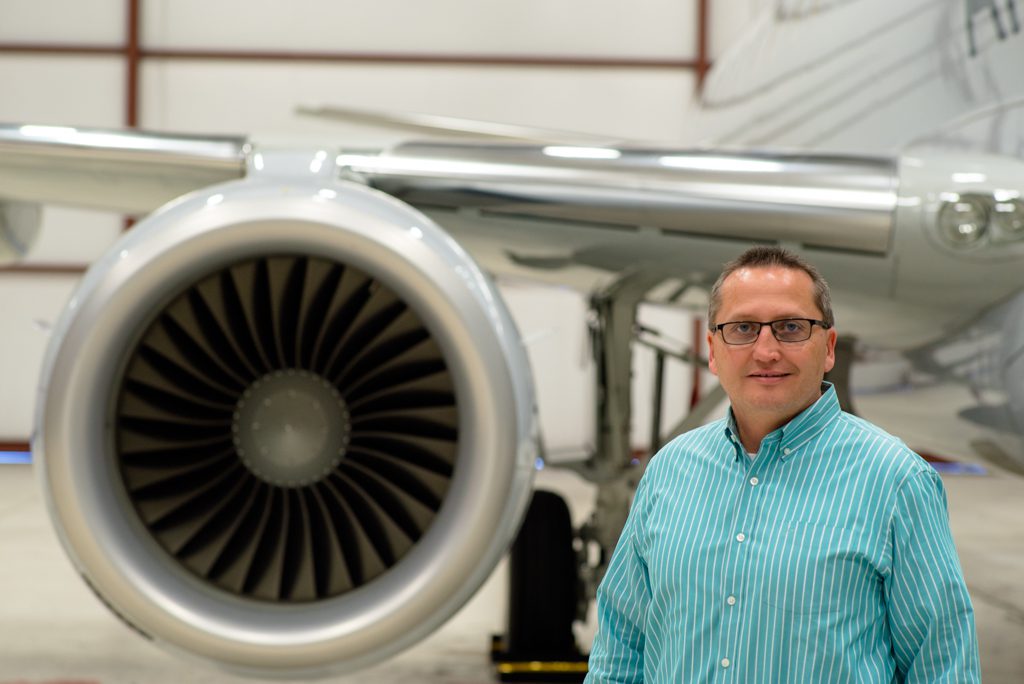 Three years ago, knowing Jay’s hereditary condition, his doctors recommended a heart-healthy diet and exercise routine to help curb the effects of his condition. Of course, Jay heeded the recommendation and began altering his diet, walking every chance he could (skipping the elevator, parking far away, walking during conference calls, etc.) and working out for at least an hour a day.

One day, Jay said he began feeling a pain in his chest, but thought it was due to strained muscles from too many push-ups. Still, he met with his doctors who, after many procedures and exams, found a 99.9 percent-blocked artery in a tiny area of his heart.

“Had I not listened to my body, I could have been in serious trouble,” said Jay, 50 years old. “I just thought that this wasn’t the time to be a hero.”

Jay had a stint surgically inserted into his heart, and the problem was resolved. Because he was in good shape and following a decent diet, he never had to spend a minute in cardiac therapy, which is common after Jay’s procedure.

Ironman participants swim in the Gulf of Mexico in Galveston, Texas. (Photo courtesy of Ironman.com)

Maybe it was because he didn’t want to let his guard down or maybe it was peer pressure from his young, fit friends, but Jay took on the 70.3 mile arm wrestle with destiny. One thing is for sure, it wasn’t because he likes to run, swim or bike.

“I’m not one of these people that like to work out,” said Jay. “In fact, every time I look at the pool, I want to go home. But then as soon as I’m finished, I immediately feel better and am glad I did it.”

Without a doubt, despite Jay’s resistance to training, Jay and Laura were extremely successful during the triathlon. They didn’t see each other but once in passing while running, but they both finished with the exact time; seven hours and three minutes. 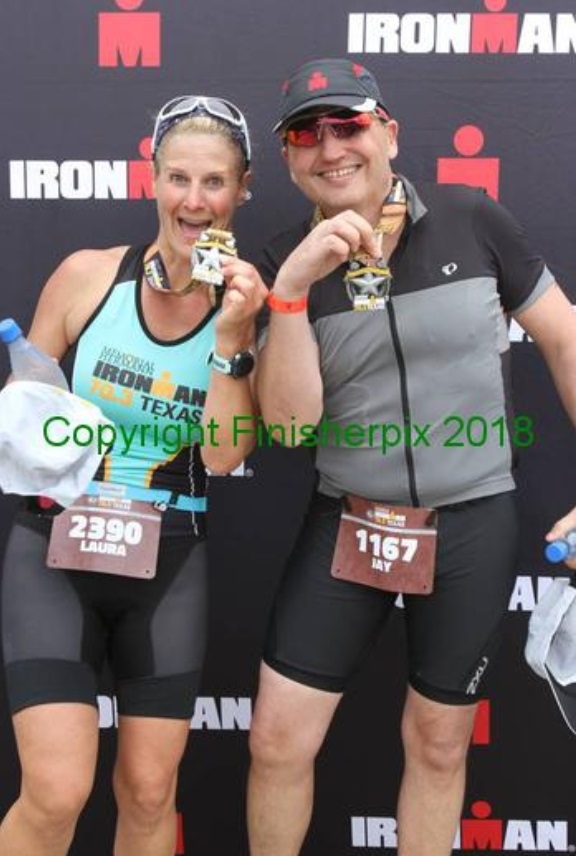 How good is that? Well, not on a professional level, but compared to their coach who set their training regiment, they finished only 30 minutes slower – a win for Jay and Laura.

It wasn’t easy. There were cuts, bruises, frozen feet and cramps, but never one ounce of giving up. When Laura came through the finish line, Jay was there waiting for her ecstatic to celebrate their feat of endurance.

“But after a few minutes of cheering, hugs and photos, I said, ‘Sorry, honey. I need a jacket and a towel,” said Jay. “As soon as the adrenaline wore off, the chilly air set in and you remembered that you were still soaked from the cold rain.”

Now, Jay is contemplating training for six months to compete in the full 140.6 mile Ironman next year. Until then, he’ll continue his routine of daily exercise, eating healthy (chicken wings in moderation) and setting small, achievable goals.

And maybe pray for a warmer day in Texas.

« Love is in the AAir: Terry and Nicole Butler
60 Second interview: Bridgette Warren-Murrell »