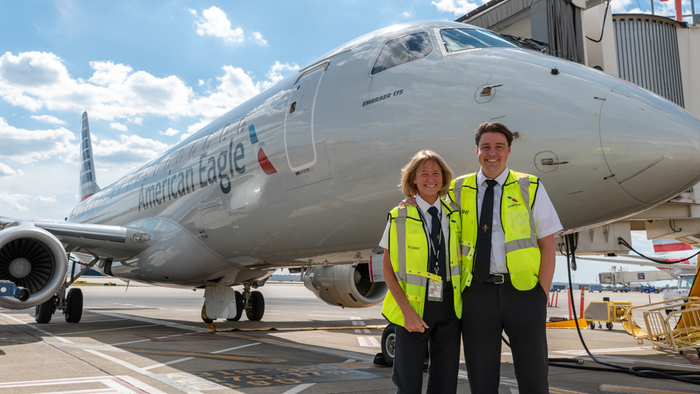 We always talk about how Envoy is like a family. Well, sometimes it literally is; mother-and-son duo, the Limbachs are two of our very own Envoy pilots!

Recently, Captain Curtis Limbach and his mother, First Officer Cindy Limbach, flew their first trip together on the Embraer 175. Cindy, a longtime flight instructor who owns a flight school and has done commercial flying in the past, and Curtis, an A&P Licensed mechanic and ex-medical evacuation pilot, said that while it was exciting, “there’s still standards and checklists, so it was a pretty normal flight.”

Cindy and Curtis aren’t the only aviators in the family – they are joined by Cindy’s husband Bruce Limbach, who is a recently retired American Airlines Captain on the Boeing 787. Both Curtis and Bruce, father and son, recently earned their seaplane ratings and are avid skydivers. (Side note: Curtis and his wife Maria met while skydiving — talk about falling in love!)

Well, it’s safe to say that aviation is the lifeblood of the Limbach family. Let’s hear more from Cindy and Curtis about their special bond in a quick Q&A below. 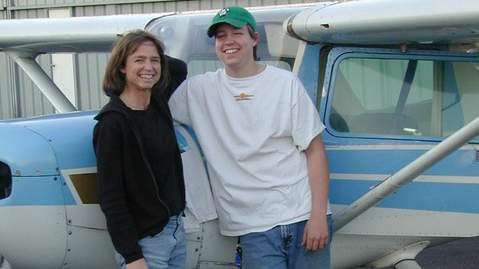 Cindy and Curtis in 2007 for Curtis’ first solo flight.

When was the first time you knew you want to be a pilot?

Cindy: I loved looking at the sky since I was a little kid. I wanted to fly by the time I was in high school but had no idea how, plus my friends thought I was nuts!

Is flying a ‘family activity’? Describe what that’s like.

Cindy: I guess similar to families that go boating or camping. If mom and dad like it, we all do it!

How is your family different than other non-pilot families, and how is it the same?

Cindy: Other than going to see their grandparents in a Cessna instead of a Chevy, it’s pretty much the same.

Curtis: We are just as up and down as any other family. We have some other aviation-related hobbies, such as both my parents and I power paraglide. We’ve even got some other friends into it, as well. 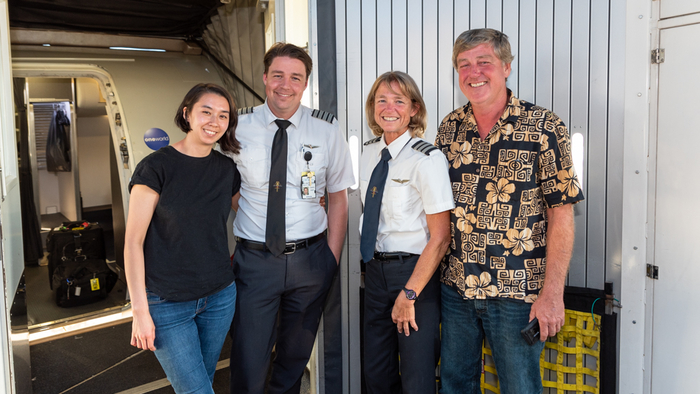 Curtis, with his wife Maria, and Cindy, with her husband Bruce, after completing a flight out of Columbus International Airport together.

Why did you choose Envoy?

Cindy: My son did a lot of research and chose Envoy. He suggested I ought to give it a go!

Curtis: The connection to American Airlines, and a Chicago base was important.

What are your initial thoughts on the son being the Captain and the mom being the First Officer?

Cindy:  My initial thought was that it probably wouldn’t happen, but would be fun. When he upgraded and got the Embraer 175, I knew it may happen when he texted, “I like cream in my coffee.”

Curtis: She better get my coffee order correct – black. 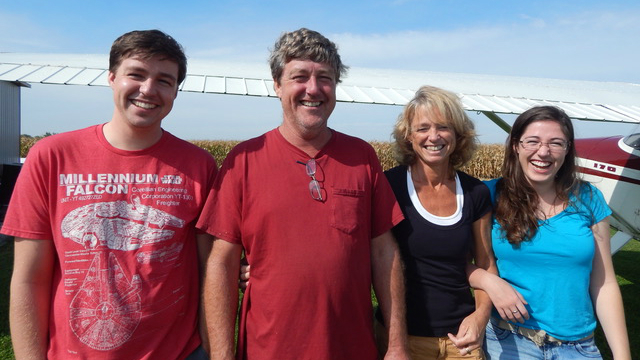 Cindy, normally a mother is proud of their son for achieving their dreams, but how is it different that you both accomplished the same dream?

Cindy: The husband and I are proud that both of our kids pursued their dreams. Curtis’ sister Amanda has a passion for art, so she became a jeweler.

We don’t really care what it was our kids pick as long as they are happy. 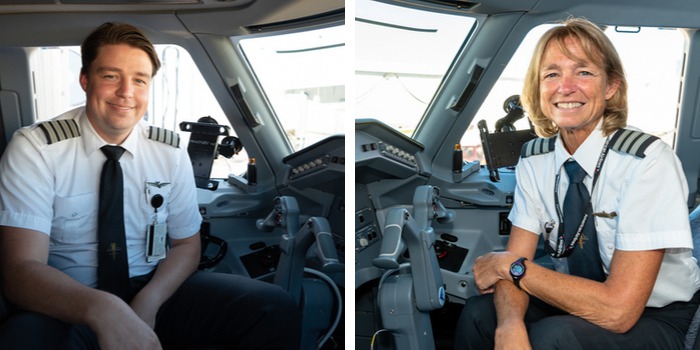 Captain Curtis and First Officer Cindy on the flight deck of an Embraer 175.

Cindy, we’ve heard a lot of pilots say that their time to become a commercial pilot has run out, but that’s not the case with you – do you have any advice for anyone who is on the fence about joining an airline because of their age?

Cindy: At 56 years old, I thought the option was long gone. I didn’t want to look back and regret missing this opportunity. I have a friend that was hired at 54, and just flowed to American at 60. They love it!

Curtis, explain what it’s like growing up in an aviation family, especially with your father as an American Airlines pilot?

Curtis: There’s a good aviation community where I grew up, which meant that we got to be around a lot of different planes. In addition to general aviation, I’ve flown medevac (Lear Jet) and skydivers (Twin Otter) before starting at Envoy.

My mom also owns a flight school and maintenance shop, where my dad and I worked, and I have my A&P and FAA Inspection Authorization. I think having my A&P helps when talking to our mechanics out in the field when issues come up.

What’s your favorite part about flying a plane and being an airline pilot?

Cindy: I like flying anything. Any size and any speed. Airline-pilot flying exposes me to new people and new friends. Can’t forget how great Known Crew Member is!

Curtis: Not sitting in an office.

Want to become part of the Envoy family? Apply today!