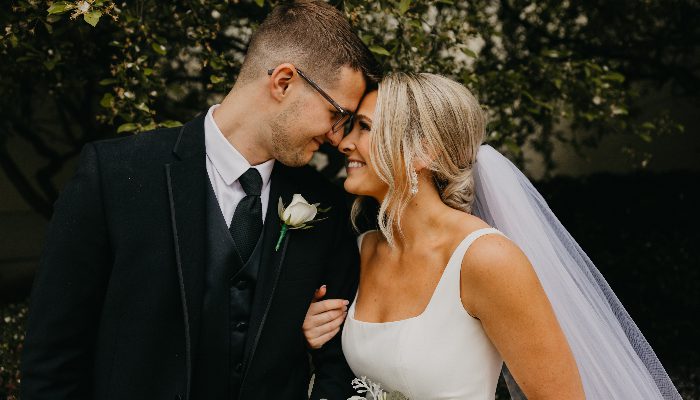 For some folks, the love of their life was just down the street all along.

Envoy First Officers Nicole Gallagher and Nicholas DeFigio met each other upon starting flight school in Florida, just to find out that they had grown up on the same street in Pittsburgh. This year, Nick and Nikki officially tied the knot!

The happy couple has agreed to share their story. 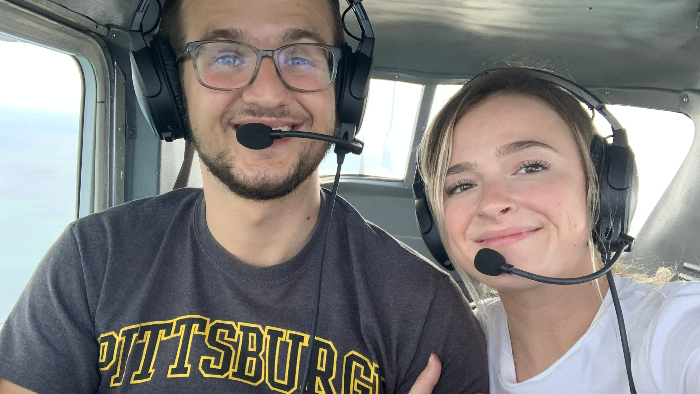 Nick has loved aviation since the fourth grade when he took his first commercial flight. From the second the plane took off, he knew he loved it!

His love of aviation continued for years to come, but he never thought of it as a career until after high school. A friend of his within the aviation industry encouraged him to give it a try.

“The industry seemed super interesting to me,” Nick said. “I couldn’t imagine doing anything else that didn’t involve traveling, and becoming a pilot is the perfect job to do that.”

Nikki, on the other hand, grew up around aviation. Her mother is a Flight Attendant for American Airlines and her father is a Captain for a major airline.

Nikki said she ended up going to college for exercise science instead, with the idea of living a “normal” life. Yet, when she graduated in May of 2017, she said she realized she was not cut out to live that type of life — she “needed aviation and to be in the skies!”

She finally enrolled in flight school that fall, and everything fell into place from there.

Where it all began

Nick and Nikki’s paths first crossed in 2017 in St. Petersburg, Fla. at their flight school. Little did they know they had both made the move from Pittsburgh.

“We were exchanging phone numbers and realized we had the same area code,” Nikki said. “We started to piece together that we grew up a couple miles down the road from one another and never met each other!”

After a year working together, they began to realize that there might be something more between them. The rest is history.

The Journey to Envoy 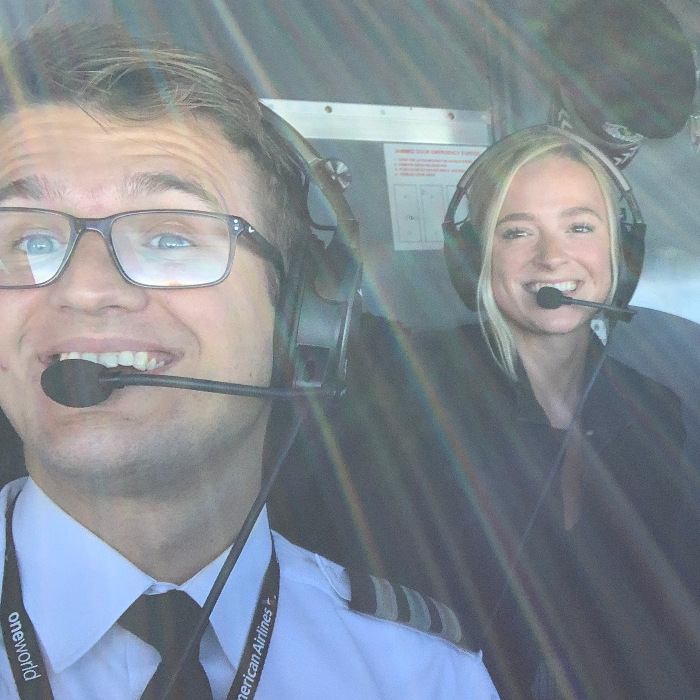 First Officers Nick DeFigio and Nikki Gallagher on the flight deck of an Embraer 140/5. (Photo courtesy of FOs DeFigio and Gallagher)

As the couple gained their hours as flight instructors, they began considering which airline would be best to begin their careers. Nick and Nikki eventually interviewed with Envoy within weeks of one another, and both received offers to join the Envoy Cadet Program.

Nick began First Officer training in December of 2019, and Nikki followed in January of 2020. Now, they both love flying the Embraer 175 based in Miami. 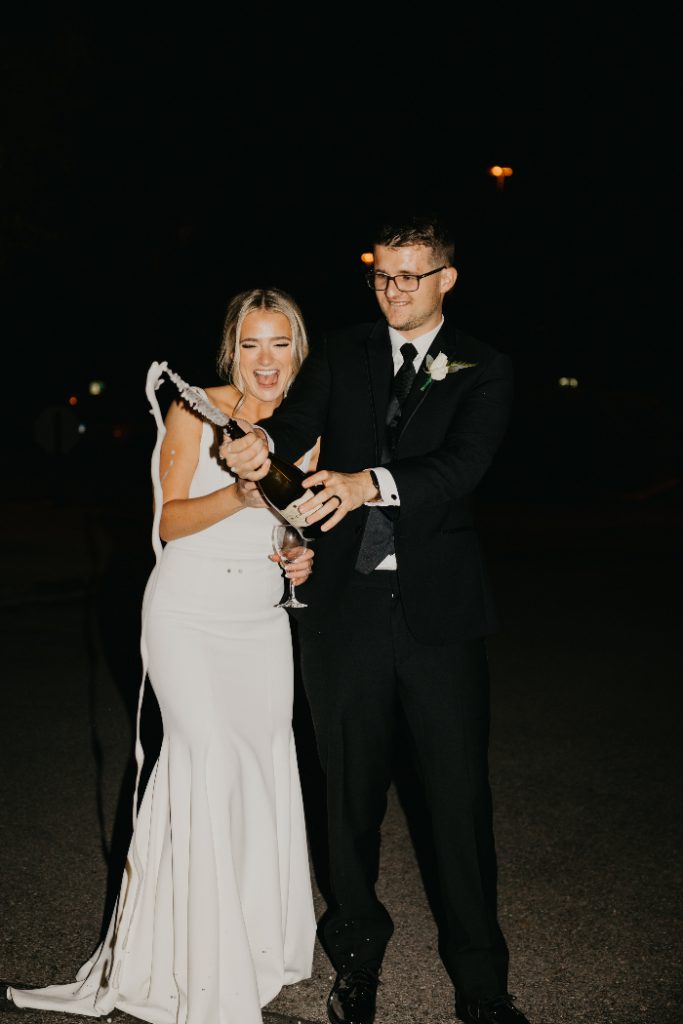 Nick and Nikki popping champagne on their wedding day. (Photo courtesy of FOs DeFigio and Gallagher)

Eventually in October of 2021, Nick bought the engagement ring. He was full of excitement but had to be patient until the Holidays when he could ask for Nikki’s father’s blessing.

Nick held onto that ring for two months until he finally popped the question in December of 2021 in Tampa, Fla. surrounded by close friends.

“I told myself I was going to wait until after the new year, because I thought she might be expecting it.” Nick said. “But once I had the blessing, I just couldn’t wait.”

Nick and Nikki officially tied the knot on May 7, 2022, before heading out on a seven-day cruise for their honeymoon.

Taking on the Skies 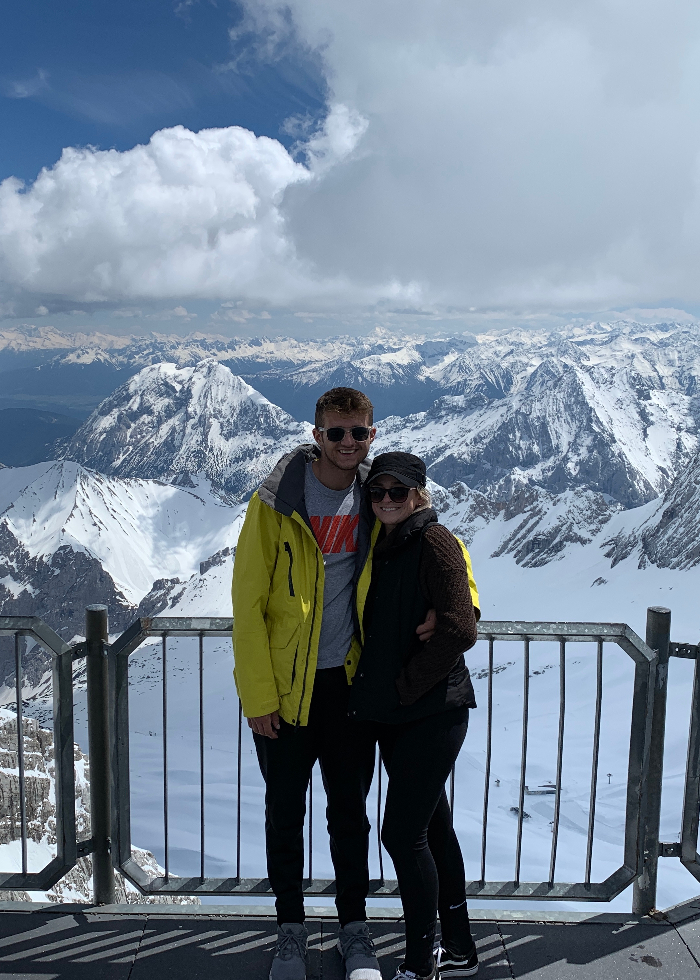 Nick and Nikki pose for a photo with the Alps in the background. (Photo courtesy of FOs DeFigio and Gallagher)

Since they are both based in Miami, Nick and Nikki see each other often around the airport. However, they don’t get to fly together since they’re both First Officers.

They have begun to appreciate their time together away from work so much more, and they have learned how to make the most of it. Using their flight privileges, they have gone on lots of fun vacations together, including several international trips.

While their lifestyle is far from typical, they both said that they love what they do and “wouldn’t trade it for the world!”

Thank you to First Officers Nicole Gallagher and Nick DeFigio for sharing your story — we wish you all the best!

Cover photo: Nick and Nikki on their wedding day. (Photo courtesy of FOs DeFigio and Gallagher)