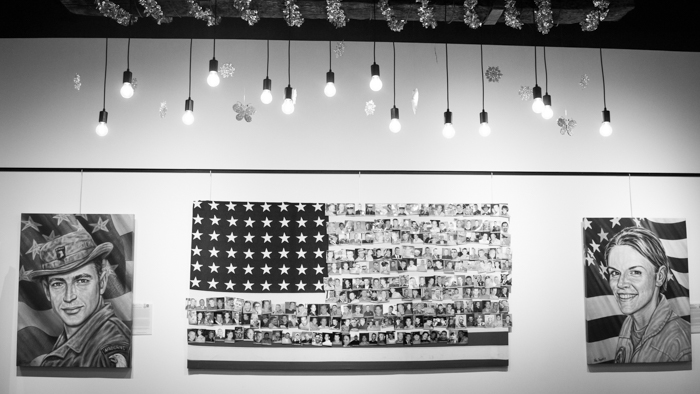 In the American Fallen Soldiers Project Gallery, sparkling tinsel hung from the ceiling like golden clouds harboring angels, bells and snowflakes. Over the speakers, a playlist of Christmas music peppered with patriotic songs softly filled the studio with holiday cheer.

Gathered in the Addison, Texas gallery were family and friends of Army Sgt. Joshua Strickland, who gave his life protecting our country in 2013. Started by artist Phil Taylor and his wife Lisa, the American Fallen Soldiers Project provides original portraits to families of U.S. servicemen and women who have given the ultimate sacrifice.

Paying tribute in the best way 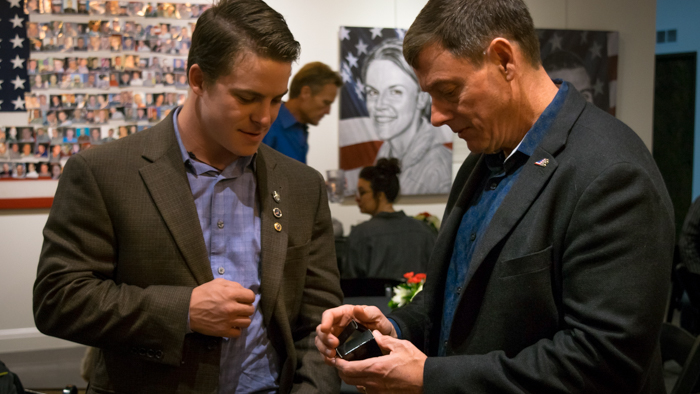 A few years ago, Robert met Lisa Taylor at SkyBall – as their organization is partnered with American – and she and Phil unveiled one of their portraits to the SkyBall crowd. That ceremony inspired Robert who wanted to do something special for his colleague and long-time friend Michael.

“I saw how special the ceremony was and the impact it had on the soldier’s family, and I thought about Michael and his son,” said Robert. “I knew there was something I had to do for him, and when I saw this painting I thought it would be perfect.” 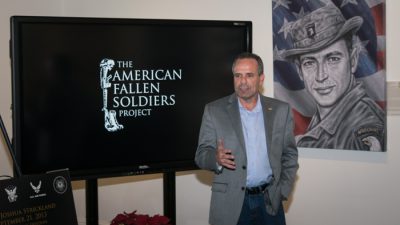 Captain Jim Palmersheim who manages American’s Veterans and Military initiatives program including the annual American Airlines Sky Ball and Snowball Express, said he was honored to join Envoy in sponsoring Joshua’s portrait. As a veteran himself, he fully understands and appreciates the service and the sacrifice of our military members and their families.

“Providing support for our Nation’s service members, veterans and their families is one of the most important things we can do as a company,” said Jim. “Envoy has always gone above and beyond in their dedication and support for these initiatives. At American, we’re committed to supporting Phil and his work, because it’s imperative that we never forget the sacrifice these men and women give for our freedom. These portraits are an important and impactful way to honor our Nation’s heroes and their families.” 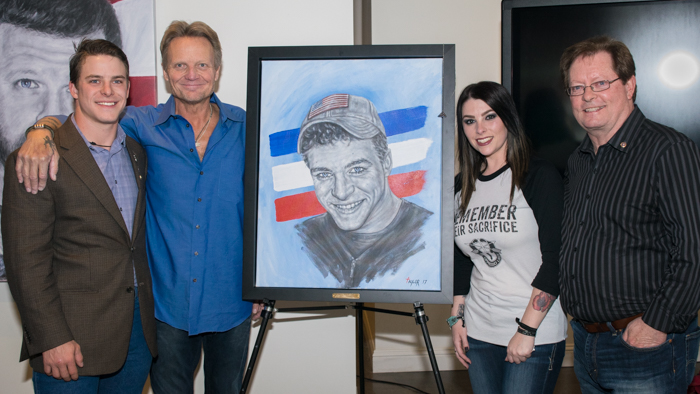 Standing before the small crowd, Phil began to introduce the painting and the artistic process that he uses to create the incredibly life-like portraits. He explained that families will send him dozens of photos and he chooses the one that best captures the person’s personality.

The family doesn’t know which photo will be used in the portrait, so each unveiling is a surprise. Phil said that he looks for one that will give the family a “window to see their loved ones.”

After a few emotional moments, Phil unboxed the portrait, propped it onto an easel and unveiled an immaculate portrait of Joshua brandishing his signature grin and piercing blue eyes. The family all gathered in front of the portrait holding each other’s hands, crying, laughing and exclaiming how “it’s like he’s here!”

Joshua’s twin brother Andrew stood gazing at his brother’s portrait and said, “I think Joshua would have loved this portrait. He’d say, ‘man, I look good.’” 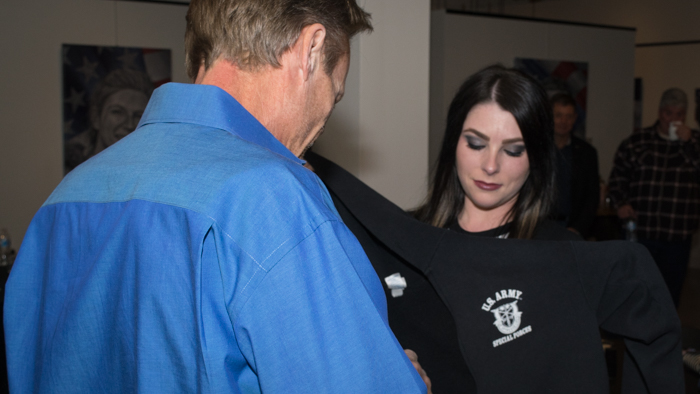 Heather shows Phil her jacket from Joshua that she still wears.

The family laughed and began sharing memories of Joshua’s one-of-a-kind charisma and kindness. Remarkably, the photo Phil chose to paint shows Joshua wearing a jacket that his wife Heather still wears to this day – and serendipitously, she wore it on that night.

“Sometimes, capturing the perfect look is tough, but with Joshua it was smooth sailing because his look in this photo is so perfect and really speaks to me,” said Phil. 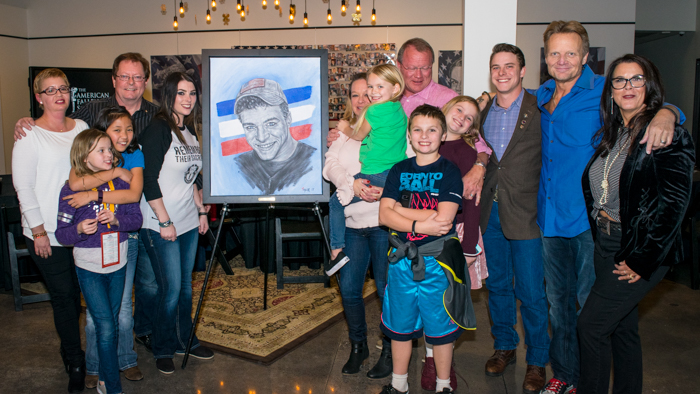 Considering the circumstances, the night wasn’t as somber as one would imagine, but rather a joyous occasion and a celebration of Joshua’s life. It helped that the ceremony was very relaxing and intimate, which allowed family and friends to relax – the giggling and playful children also lent a hand in lightening the mood with their youthful energy.

Toward the end of the night, the family gathered with hugs and laughter as they each took photos with the portrait. Michael looked on to his son’s face and couldn’t believe how perfect it was.

“You can’t imagine how honored we are that you painted this portrait,” Michael told Phil. “It’s remarkable how you captured everything from his blue eyes to that perfect smile.”

“We are so grateful and blessed to have this portrait,” added Heather. “You can’t believe how much this means to our family.”

Under the amber lights of the studio’s holiday decorations, Joshua’s smile shined throughout the night. Even though Joshua’s memory and spirit lives on in his loved one’s hearts, for one night, a window opened to see the grin that brought so much joy to this world.