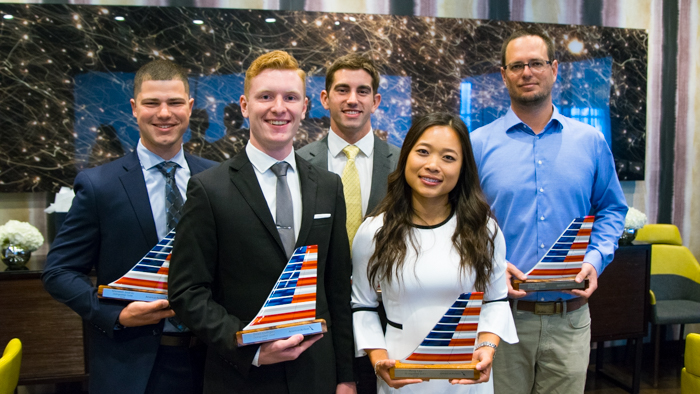 Nine cadets – including five from Envoy – were selected based on feedback from their peers, recruiters and partner schools, and each received a personalized trophy as a token of appreciation.

In attendance at the award luncheon was Brett Cavitt, Envoy Acting Director of Pilot Recruitment, and Marie Didonna, Envoy Cadet Program Manager, who congratulated the Distinguished Cadets and shared some of why they think they deserve the award.

And the awards go to… 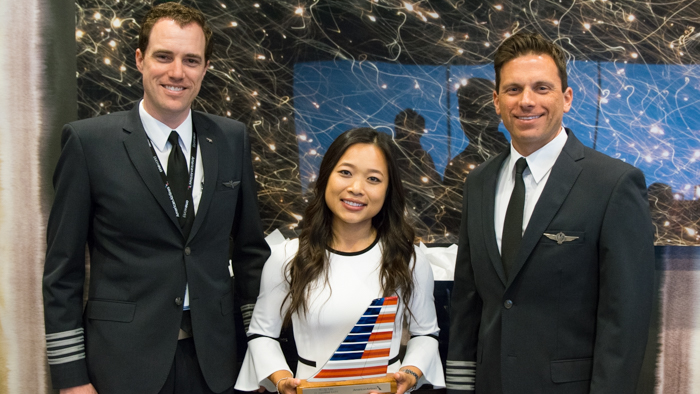 “Ying’s personality and drive set her apart from the pack,” said Marie. ” As a Check Pilot at L3, her responsibilities and duties are never-ending yet she still makes time to ensure her lessons are well planned. Her attitude and determination is exactly what Envoy looks for in our Cadets as well as our First Officers.” 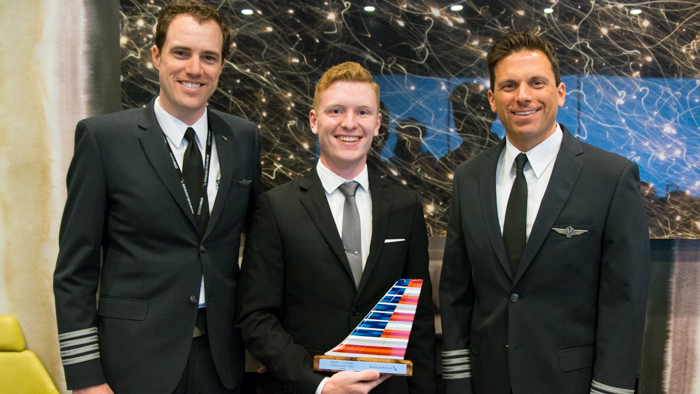 “Sean is one of those Cadets who, whenever you have an interaction with him, you leave in a better mood,” said Marie. “His love of aviation shows in his lessons, always being educational and entertaining, Sean is a true “av geek.” His positivity, professionalism and knowledge is why his students are drawn to him.” 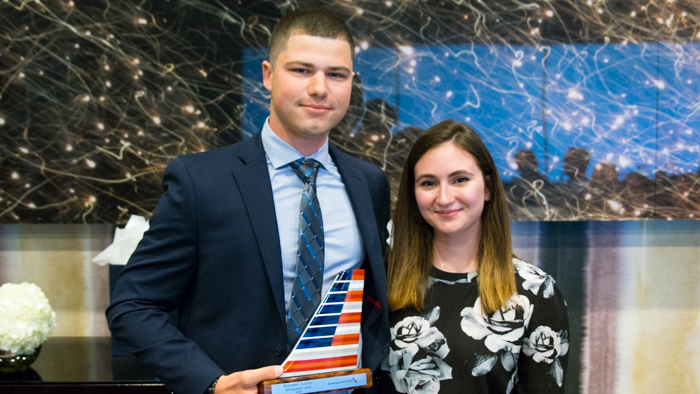 “Max was described by others in the aviation program as a person who moves forward by his own driven purpose,” said Marie. “He has a genuine interest to advance and to teach what he can to others. We’re proud to have him our team.” 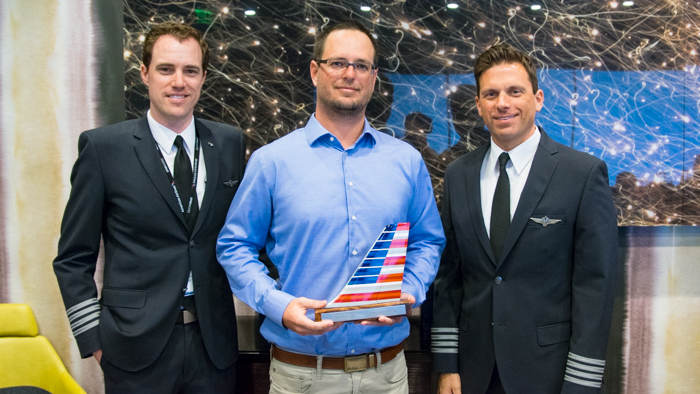 “The president of the academy stated how Collin has risen to the challenges presented to him, and provided the best instruction to his students regardless of the weather Chicago is known for having,” said Marie. “His professionalism is the reason we all enjoy working with him. Collin will make a fantastic addition to our flight department one day soon.” 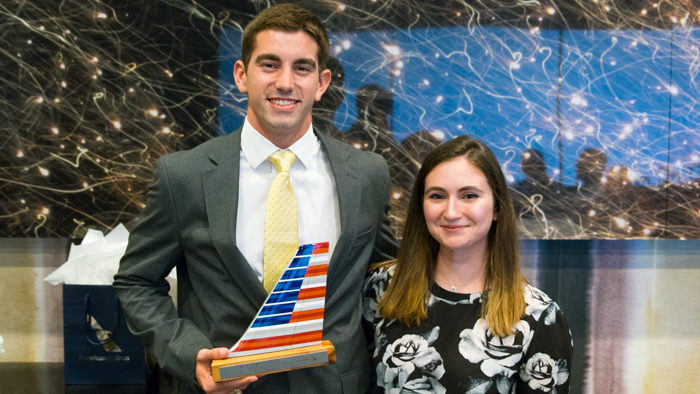 “Will’s infectious personality, drive and determination is the reason why we’ve decided to recognize him,” said Marie. “His uncle, who flew for Envoy, describes him as a natural aviator. Having Aviation in his blood, it’s not just a profession but his life. Will is going to represent Envoy with the same distinction as his uncle and we couldn’t be more pleased.”

Click here to view all of the photos from the event