When I was hired to be the new Digital Content Developer on Envoy’s Communications team, I imagined days full of photographing planes, interviewing pilots and writing blog posts like I am now. For the most part, I was right; until this past weekend.

After two days in “sunny” Palm Springs, California at the National Gay Pilots Association (NGPA) Winter Warm-Up and Industry Expo, I realized my job would gift me with opportunities to enrich my life.

It all began with an actual giant rainbow outside the plane window on the decent into Palm Springs. I whipped out my cell phone and snapped a photo to share with Envoy’s social media manager. It was too serendipitous to pass up.

The NGPA event, held once a year, brings pilots of all backgrounds together for a few days of gathering career resources and gaining awareness of Lesbian Gay Bisexual Transgender and Queer (LGBTQ) issues. 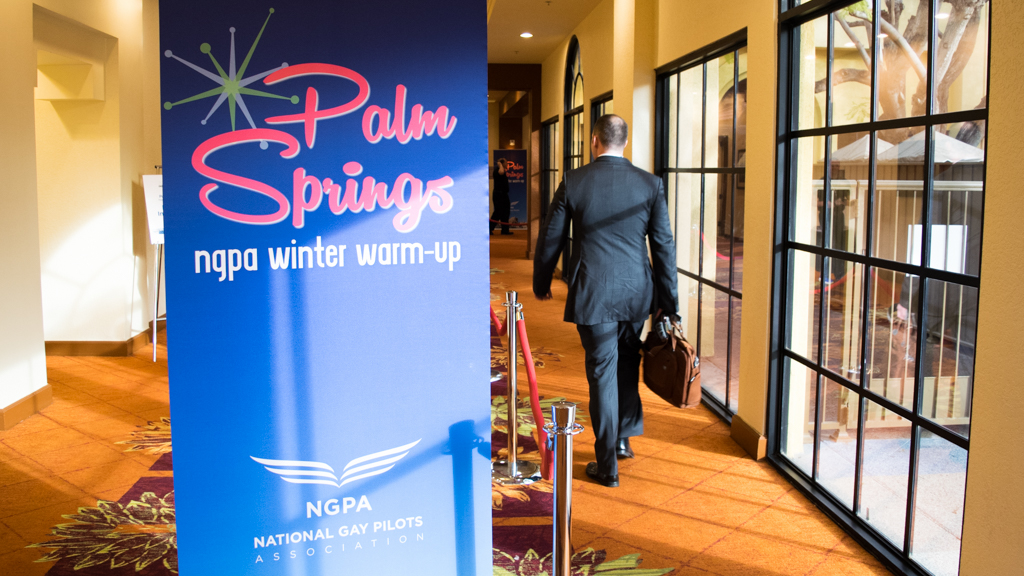 Pilots dressed in their best business outfits filled the convention space every morning. Aimed at landing on-site interviews, these dressed-to-impressed pilots focused on taking their careers to new heights.

In other rooms, seminars directed at education and advocacy helped bolster the NGPA’s initiative to “build, support and unite.”  Discussions about a range of industry issues were led by NGPA board members, and brought people together to share their experiences.

For me, these discussions were an educational opportunity. I learned so much about the challenges faced by LGBTQ pilots, as well as some of the support systems in place to help promote diversity inclusion.

During these sessions, I listened quietly while feeling apprehensive about whether or not I was intruding on the other participants. But that notion quickly dissipated after introducing myself and people began thanking me for my support. 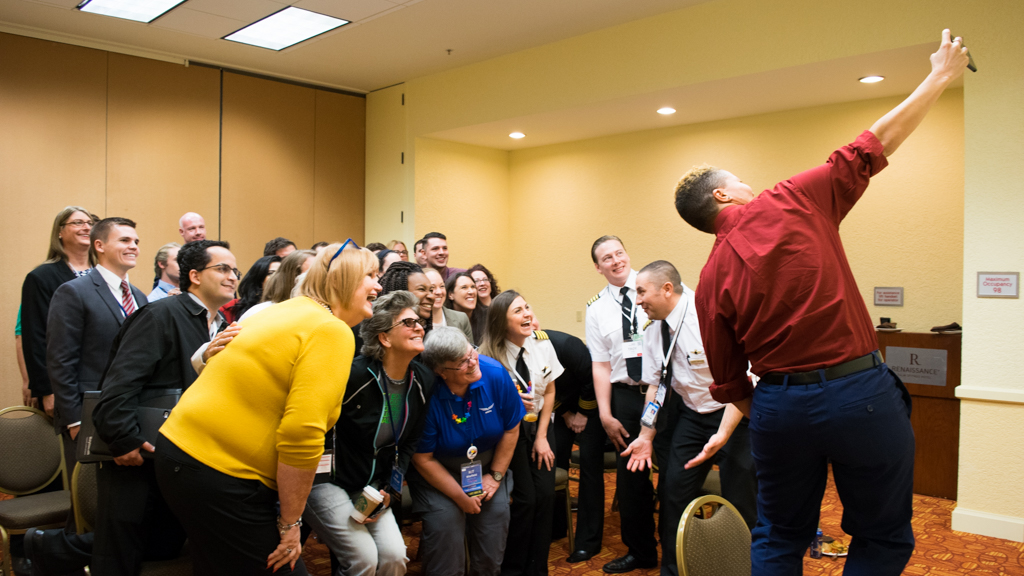 Beginning with a discussion about LGBTQ pilots on the flight deck, I learned that it’s important to strengthen relationships at every opportunity. Not everyone will see eye to eye all the time, but working toward a common goal brings people together.

Some participants noted that they were at the forefront of diversity inclusion programs at their respective airlines that include education and regulations that provide protection for LGBTQ pilots. Even though there were challenges to overcome, I was reassured that there is improvement throughout the industry.

On the second day, I attended a discussion covering the issues women and transwomen face in the airline industry. Again, I felt very included and welcomed by the participants who all shared their story with the group. 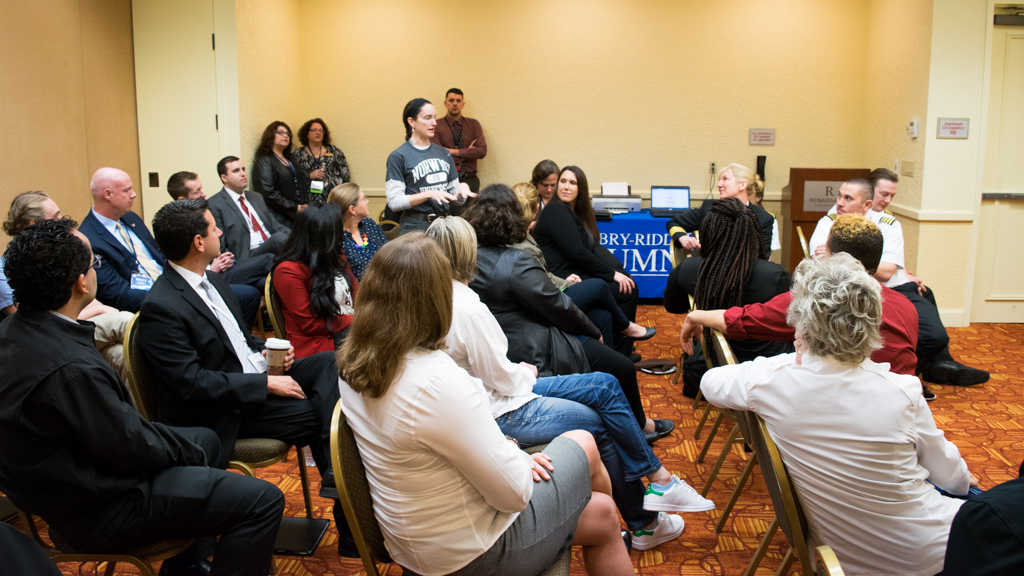 I listened to transwomen share their experience transitioning to their preferred gender, and learned that it can be difficult and shouldn’t be taken lightly. They found strength in their community, and I was glad to learn that their companies embraced their transition as well.

The most important lesson I learned came from British Airways Captain Catherine Burton. As a transwoman pilot flying for British Airways since 1972, she is also a Diversity and Inclusion Adviser working to help relations on the flight deck.

I learned from her that labels such as woman, gay or transgender are unnecessary, and, instead, can be interpreted as ingredients.

“Cardamom is an ingredient in most curries and sometimes that flavor is the most prominent,” says Catherine. “But you don’t label the whole dish cardamom, you call it curry. The same goes when I’m in the cockpit. The pilot ‘ingredient’ is what is foremost at the time, not my gender. When I am talking, like now, the transwoman ingredient becomes relevant, but the whole, my only label, is me, Cat Burton.” 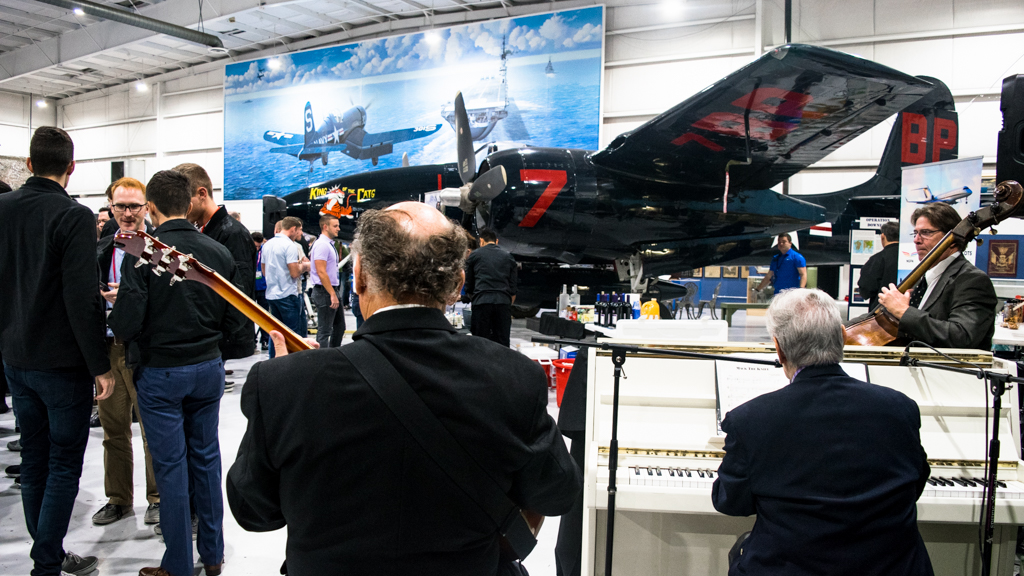 Meeting Catherine was one of the highlights of my trip as she is currently the most senior Captain on the Boeing 777 at British Airways. How cool is that?

A transwoman pilot is the most senior Captain on one of the best jets in any fleet. I would be remiss not to mention that her gender has nothing to do with that achievement. Her “ingredient” as a pilot is what got her to that position.

Another highlight was a visit to the Palm Springs Air Museum. I was amazed to take photos of the iconic aircraft and stand below a gigantic Boeing B-17 Flying Fortress.

What stuck out to me most over the whole trip was everyone’s shared love for aviation. It didn’t matter what aspect of aviation they came from, they respected everyone as a fellow enthusiast. 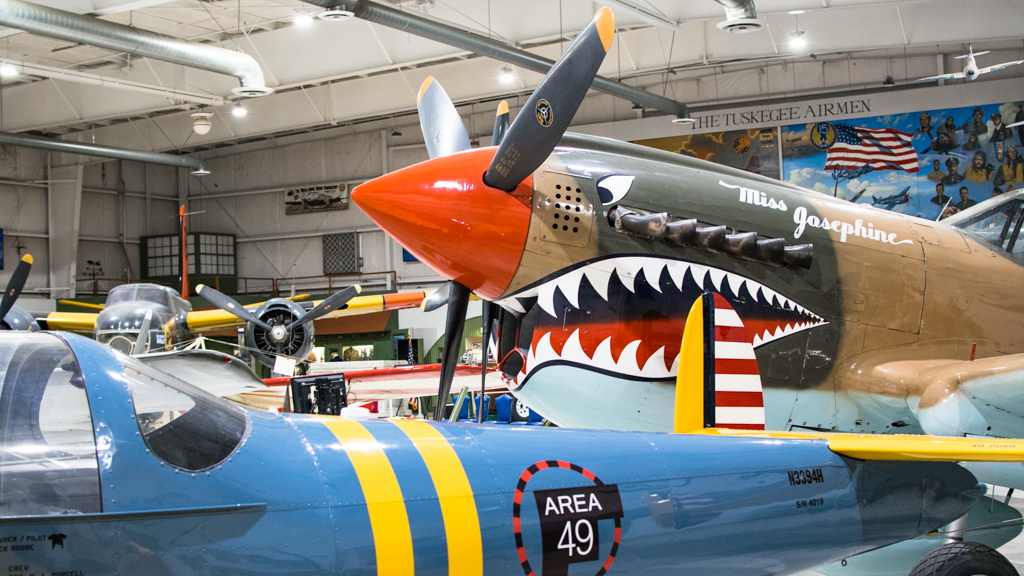 One pilot during one of the discussions called himself “just a general aviation pilot.” Everyone in the room looked at him in disbelief.

“There’s no such thing as ‘just’ a general aviation pilot,” said one of the attendees. “You’re as much a pilot as anyone else, and don’t forget that.”

Ultimately, that’s what I extracted from the event; not all pilots are created the same and no one should really care. The love of aviation is what brings them together regardless of labels or ingredients, as Catherine would put it.

Heck, even a non-aviator like me was welcomed into the fold. I was allowed to be authentic, and I would do the same for anyone else.

For this opportunity, I thank Envoy and, of course, my journalism degree. I am proud and blessed to be able to share my experience with the world.