December 2017 was an important milestone for the Wilde family. While Daren Wilde joined Envoy as a First Officer, his son, Skylar, began a two-year mission with the Church of Jesus Christ of Latter Day Saints in Baton Rouge, Louisiana, which required limited contact with family members and no in-person visits for the duration of the mission.

Fast forward two years, and last week Captain Wilde was able to surprise his son on his return flight from Baton Rouge (BTR) to Dallas/Fort Worth (DFW), and accompany Skylar back to their home in Salt Lake City (SLC) to spend the holidays together as a family. 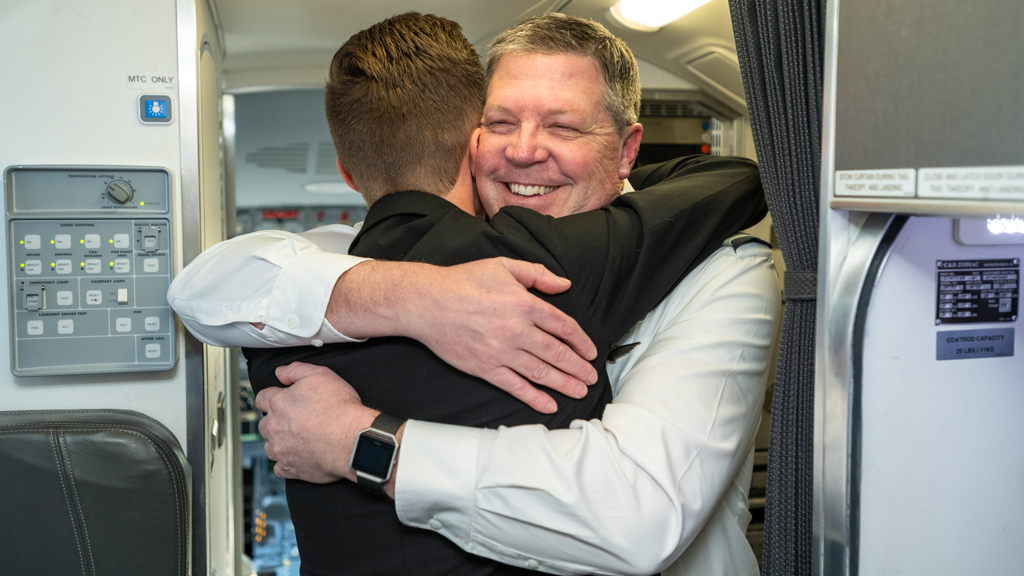 “This is a nice plane; doesn’t your dad fly these?” was the talk as Skylar and his friends from the Church boarded the Embraer 175 aircraft. “He does, but he’s Chicago based,” replied Skylar.

The group’s discussion was interrupted as the pilot made his introductory announcement.

“Good morning and welcome to flight 3305 with service to Dallas/Fort Worth. I’m Captain Wilde…”

That’s when it hit home. Flight Attendant Patti Wilson moved out of the way to reveal Capt. Wilde standing in the galley making the announcement and explaining the surprise to customers on board.

With tears of joy, Skylar ran up to hug his father, with applause from customers and cheers from his traveling Church friends. 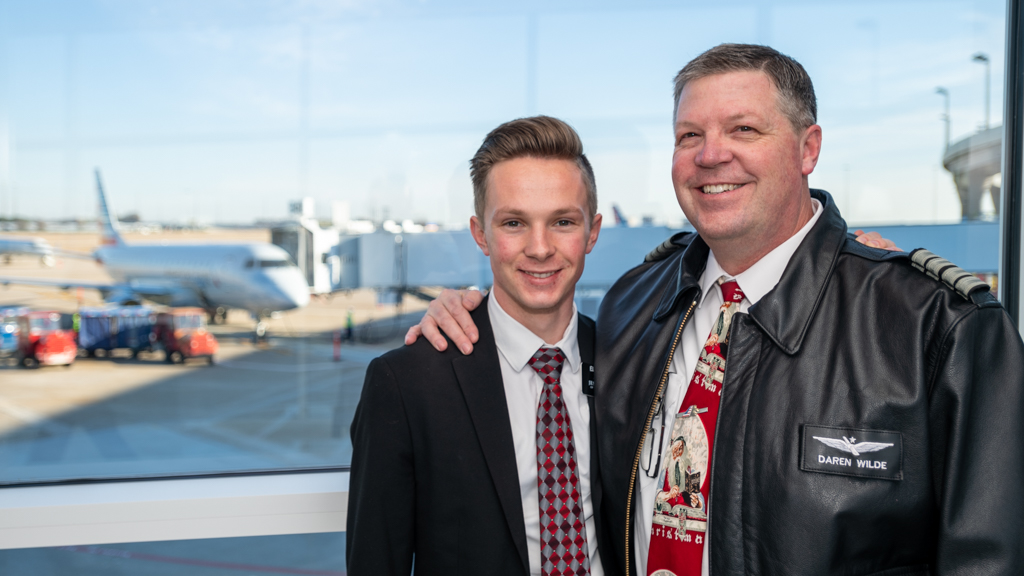 It takes a village

This surprise and emotional moment came after close coordination with the Crew Scheduling team at Envoy Headquarters (EHQ) and the Envoy Customer Services team at BTR. While Crew Scheduling was able to assign Daren – a Chicago-based Embraer 175 Captain – to a DFW-based aircraft and flight, the team in BTR worked with TSA to screen Daren away from the security checkpoint, so that he was not spotted by his son prior to boarding. The flight deck door was also closed during boarding to ensure the surprise went as planned.

From BTR agents to DFW-based crewmembers; everyone was excited to be part of this event to reconnect a pilot with his son for the holidays. 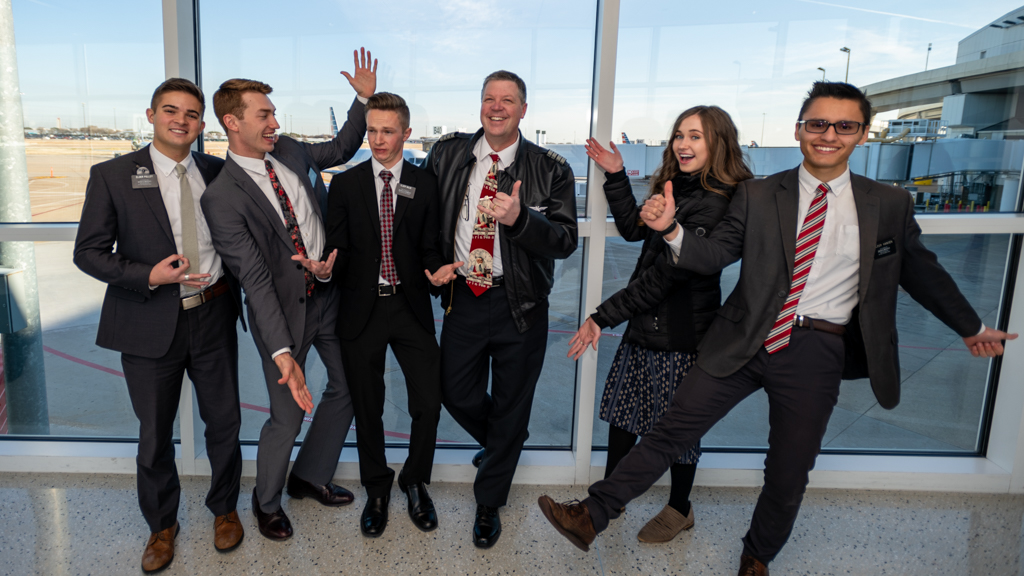 Home for the holidays

After customers deplaned, the group stayed behind and it was all smiles as father and son reunited again.

“I can’t believe it; this really is amazing,” said one of Skylar’s friends. “It’s going to be a great Christmas.”

“I want to thank everyone for making this happen,” said an understandably cheery Capt. Wilde. “While we were able to briefly speak over the phone from time to time, we haven’t seen each other since I started with Envoy. The mission has been great for Skylar; he’s grown a lot over the last two years. I’m hoping he catches the flying bug and flies for us one day, too!”

“I already have the bug!” replies Skylar. And when asked about the experience of having his dad fly him home for the holidays? He simply says “It was amazing!”

Happy Holidays to the Wilde family! 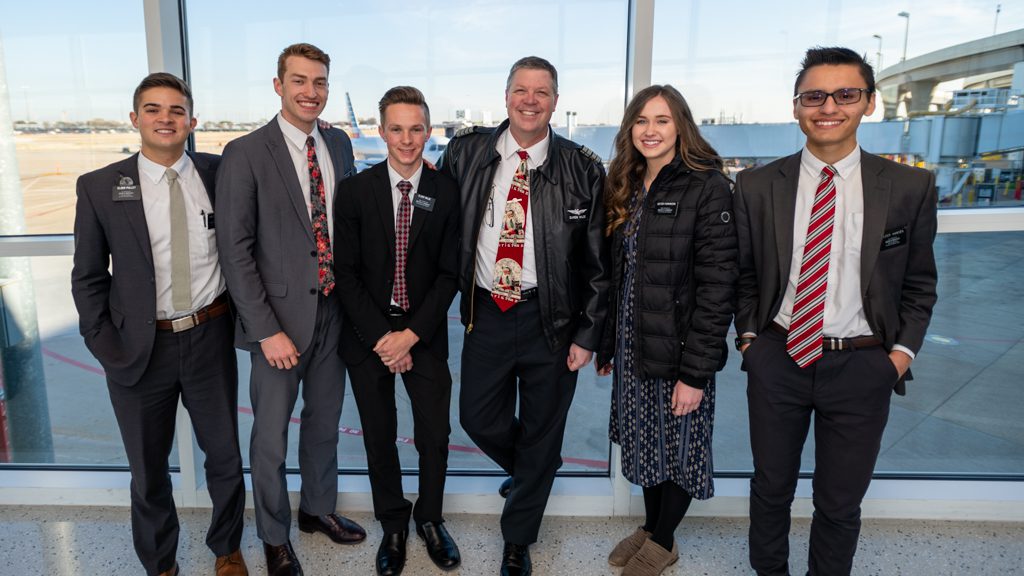 « Pilots spread holiday cheer at local children’s hospital
Envoy says ‘Goodbye’ to the Canadair 700, and ‘Hello’ to an all-Embraer fleet »