It took a few years, but Colter Kautzmann now realizes that he can’t always swing for the hole-in-one. Maturity, a family to care for, and a steady career have taught the amateur golfer – and Envoy First Officer – that sometimes life is about growing up and keeping the ball in play.

Right out of high school, Colter received a scholarship to play golf at the University of Idaho, but soon after college followed in his father’s footsteps and joined the military as a U.S. Army helicopter pilot. Colter had also just met Sara, his soon-to-be wife, which played a part in his decision to enlist.

For a few years, Colter and his family lived the military life – moving from one country to the next – which he knew all too well, having grown up the son of an Air Force pilot. However, during his deployment in Germany, his mother was diagnosed with a rare type of cancer and her condition worsened, prompting Colter to request a move to the Arizona Army Guard where he and his family could be closer to her. 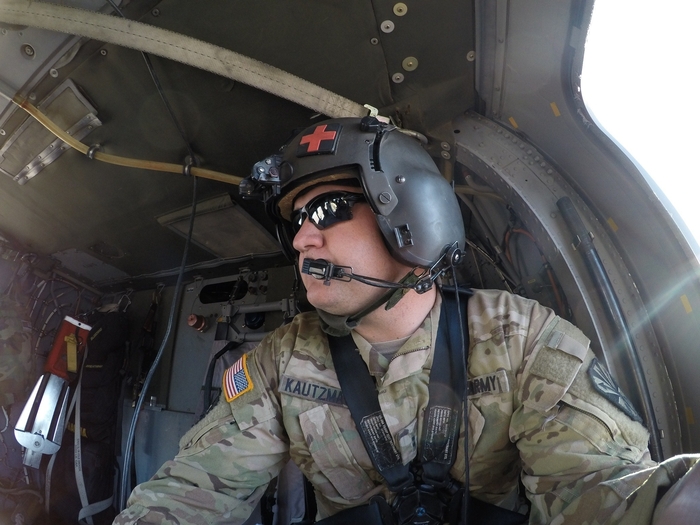 Although his domestic tasks were of a more tame variety than the Medevac missions he performed in Europe and the Middle East, Colter still enjoyed it given his passion for aviation. Eventually, Colter’s interest to become a commercial pilot was piqued when he got word that Envoy had created the first Rotor Transition Program for military helicopter pilots.

“At the time, if you wanted to be an airline pilot, you had to do it on your own,” said Colter. “The fact that Envoy did their homework and were the frontrunners for the Rotor Transition Program made me choose Envoy. They had everything we needed and made a great plan for pilots like me to make an easy transition.” 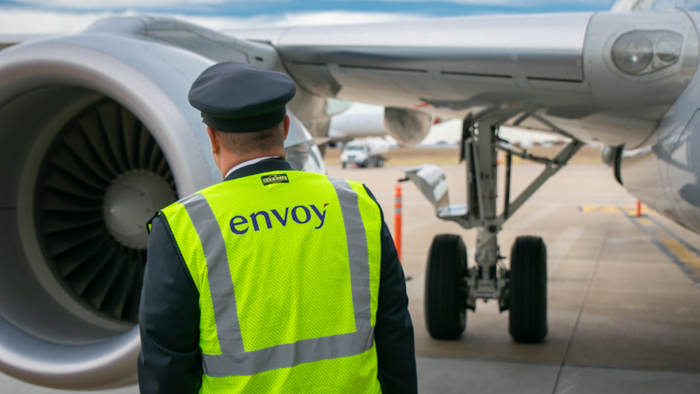 As far as First Officer training, Colter said there are a lot of similarities between Envoy and the Army. Colter especially appreciated the step-by-step process communicated to the pilot trainees, which kept everyone abreast of what to expect and focused on the learning aspect of training.

He also mentioned that Envoy was smart in going after military pilots, because they have experience working as a crew. Just like on a Medevac mission, Colter and his fellow crewmates depend on strong communication and proper planning for every departure.

His years of experience, whether it be in the military or playing golf, are something Colter wears proudly like a badge of honor. He said he’s never felt any regret starting his aviation career later than most pilots.

“The experiences that my family and I have had has prepared us for this opportunity,” said Colter. “I’m 35 years old, so that means I still have 30 years left with the company. You can’t really ask for much more than that in terms of career stability.”

Back in the swing of things 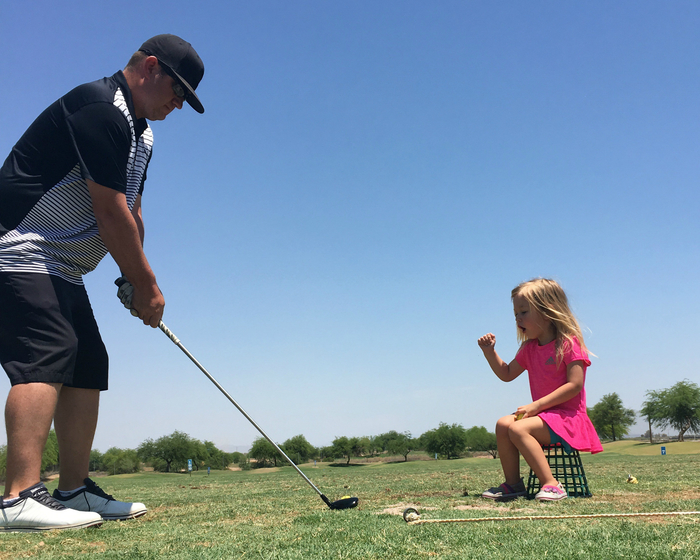 After a few years off from Colter’s true passion of playing golf, he is now at a place where he can focus on competing at the same level he played at during college. He’s a member of the Veteran Golf Association (VGA), a non-profit organization promoting service members who play the links, and has basically picked up where he left off.

As a result of his fantastic play in VGA tournaments, he was named 2019 VGA Overall Men’s Champion, which granted him entry into professional tournaments on the PGA Tour. In 2020, Colter will be competing at the AT&T Pebble Beach Pro-Am and A Military Tribute at the Greenbrier, as well as taking part in Jordan Spieth’s Top Golf Fundraiser.

Even though he had to tweak a few things about his game, Colter feels that this is the best he’s ever played. He said that a big part of his success is his ball striking and the ability to place the ball where it needs to be.

He said he views his career the same way. For years in the military and as a new pilot, he was always looking for the next milestone, but now just wants to enjoy the moment.

Getting in the groove

Without a doubt, Colter said, he wouldn’t be in this great of spot in his life if it weren’t for the support of his family. For now, Colter, his wife and two daughters are cherishing the moment in their new home in the Dallas-Fort Worth area, where they can be closer to Colter’s father who is a test pilot at Gulfstream Aerospace.

At this stage in his life, it seems that Colter is planting some roots and really finding a groove in life.

“I’ve just matured enough to see that it’s not just about a long drive off the tee,” Colter said. “It’s like the flow to American; sure, it’s an incredible and exciting part of being an Envoy pilot. But I don’t want to get ahead of myself. I’m just happy keeping the ball on the green, for now.”

« People Services lets good take flight with Do Crew
Love is in the Air: First Officers Hamuka and Maeyama »